The Hyrum City Council Chambers was filled to capacity Wednesday evening as members of the <a href=”http://www.cachevalleyhistory.com/”>Cache Valley Historical Society</a> gathered to hear retired <a href=”https://www.fs.usda.gov/detail/uwcnf/landmanagement/resourcemanagement/?cid=stelprdb5228922″>Logan Hotshot</a> Superintendent Scott Bushman and former Logan District Ranger Dave Baumgartner share “The Way We Worked: A History of Fighting Forest Fires in Northern Utah and the West.” Also in the audience were a number of wildland firefighters, both past and present, whose collective experience helped shape the <a href=”https://www.fs.usda.gov/recarea/uwcnf/recarea/?recid=8985″>Logan Ranger District</a> and will continue to impact its future.

The Cache Valley Historical Society sponsored the lecture in partnership with the <a href=”http://hyrumcitymuseum.org/”>Hyrum City Museum</a>, which is currently hosting a <a href=”http://hyrumcitymuseum.org/smithsonian-exhibit-the-way-we-worked-at-hyrum-city-museum/”>Smithsonian Exhibition</a> with “The Way We Worked” as its theme. Created by the National Archives, the touring exhibition “examines the strength and spirit of American workers through archival images, compelling videos and fascinating interviews.” Yesterday’s presentation was part of the Hyrum City Museum’s complementary programming to augment the Smithsonian Exhibition with activities of local significance.

Learning more about fire towers, smoke jumper missions, hotshot crews and smoke chasers, members of the audience were introduced to an in-depth history of Logan’s first wildland firefighters. Sharing over 100 years of photographs and reading from a 1907 journal, Bushman explored the evolution of fighting forest fires in the Logan Ranger District and its ties with Utah State University. Bushman himself retired from the U.S. Forest Service in 2009, after 35 years of fire management experience and leadership.

Georgiana Banellis, a member of the Cache Valley Historical Society, said the discussion delivered more than she expected.

“I had no idea how dangerous and how exciting the work of a firefighter can be,” she said. “Sometimes we don’t realize how specifically they are trained to do their job…They work as a team, very close-knit individuals, and they do have academic background. It seems like it’s just not a guess of what they’re supposed to be doing.  They have the right equipment, the gear and the accommodations, very little rest, and they’re very dedicated professionals. I was very impressed with what I learned tonight.”

One of a handful of children in the audience, eight-year-old Jack Pixton had the opportunity to try Bushman’s wildland fire equipment pack on for size.

“What I learned tonight is that there were boulders and other dangers besides fires,” he said.

Both Bushman and Baumgartner told personal stories of some of these obstacles, describing working 21-day shifts at a time with only 48 hours off in between. Sometimes, they slept on sloped ledges so narrow that they had to tie themselves to the mountainside. Other times, firefighters were injured by chainsaws or by boulders, as Pixton described, and had to be airlifted to safety. Rarely—but too often—crew members made the ultimate sacrifice, losing their lives in a fire. Working as a hotshot, Bushman said, was much different than serving on a historical <a href=”http://historytogo.utah.gov/utah_chapters/from_war_to_war/thecivilianconservationcorps.html”>Civilian Conservation Corps</a> (CCC) fire suppression crew.

“We had fitness standards, we had our own transportation,” he said. “We carried a lot of stuff. We were trained to fight the big fires, kind of like the heavy infantry.  We had our own permanent overhead. We were mobile. We were on a national availability list, and we would go for long durations.”

The evening’s presentation concluded with Bushman and Baumgartner recalling their efforts in suppression of the tragic Cramer Fire of 2003 near Salmon Idaho, where two firefighters lost their lives.

“When we go away to fire school,” said Baumgartner, “you know, they throw all these kinds of tricks at you just to see how you react to those kinds of things, and yet this was all real.”

The Cache Valley Historical Society’s next activity will be a discussion of “The Aftermath of the Mountain Meadows Massacre” by Barbara Jones Brown. The event will take place on May 10. Information about ongoing programming at the Hyrum City Museum is available at <a href=”http://www.hyrumcitymuseum.org/”>www.hyrumcitymuseum.org</a>. 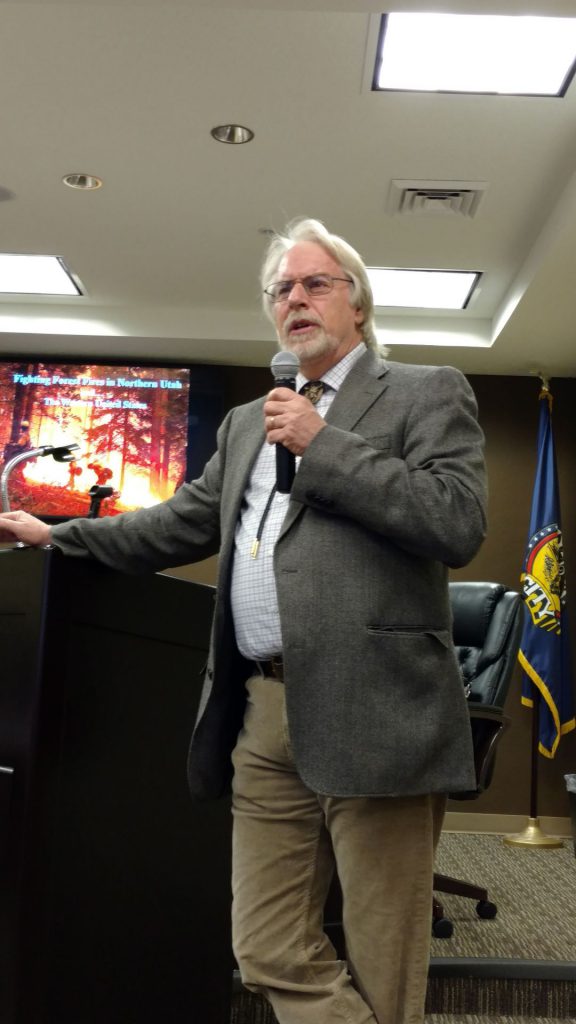 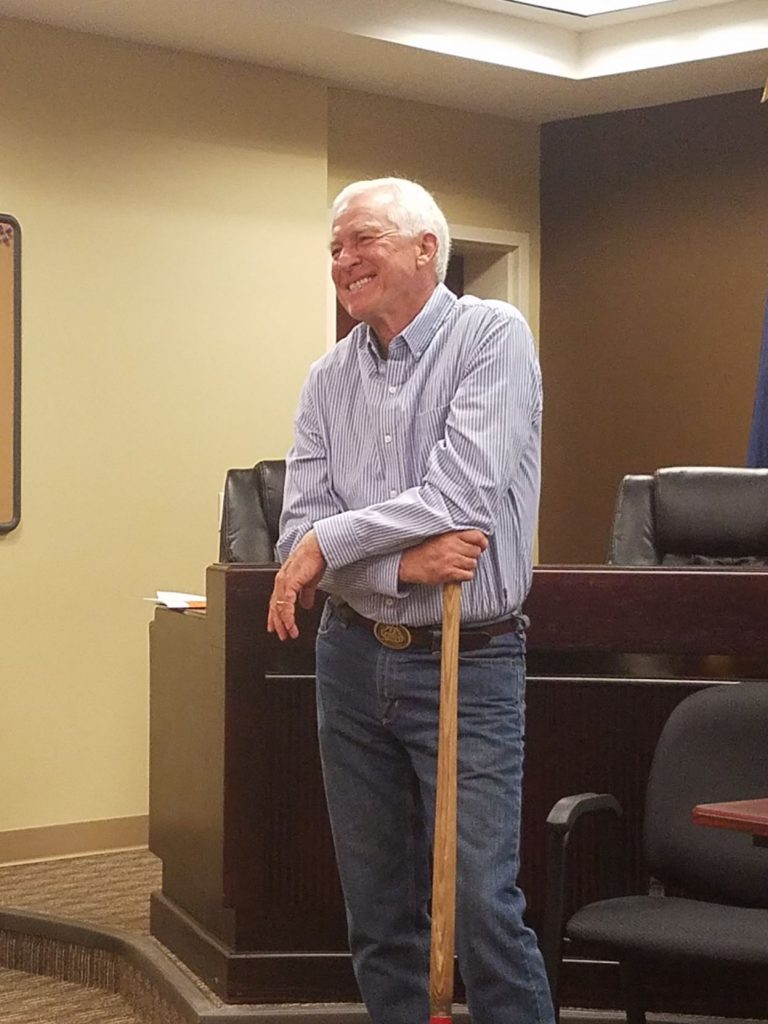 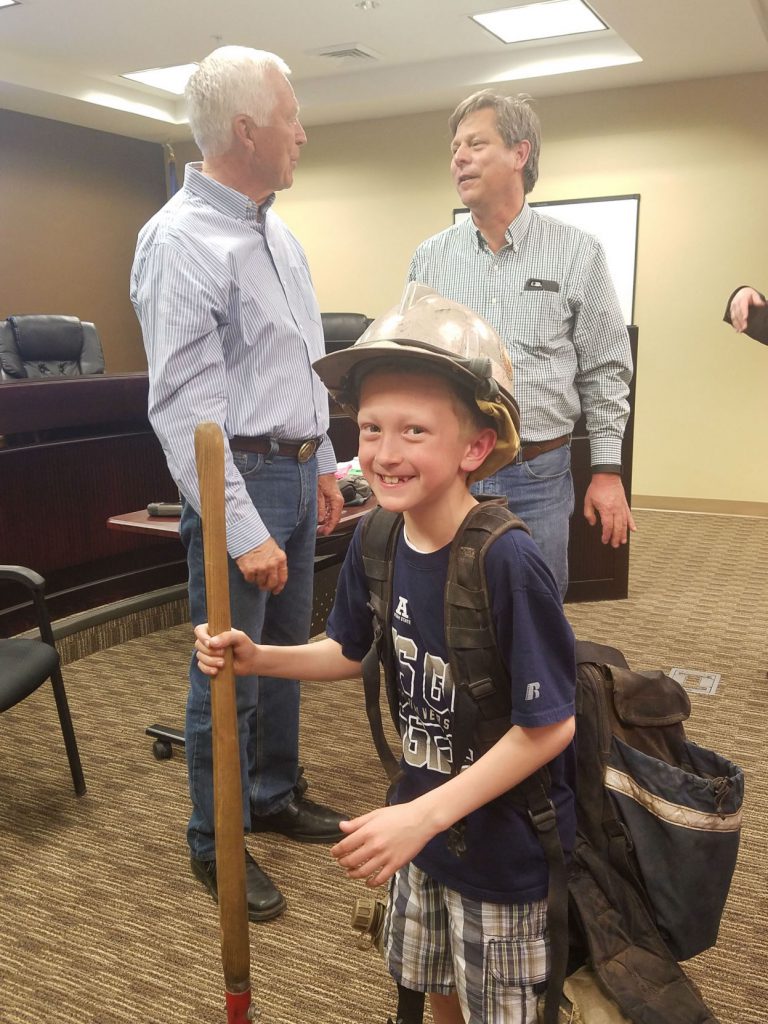 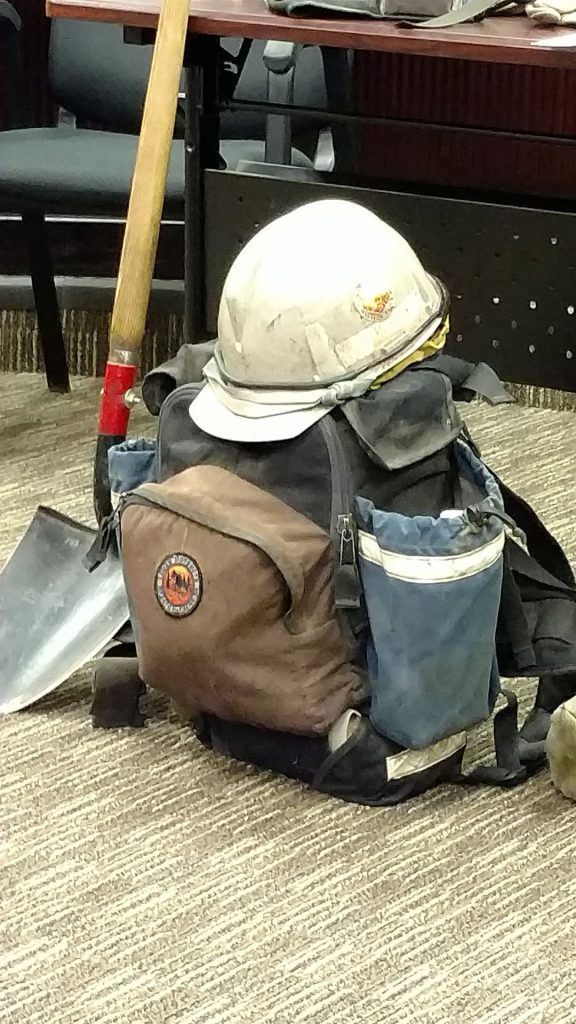 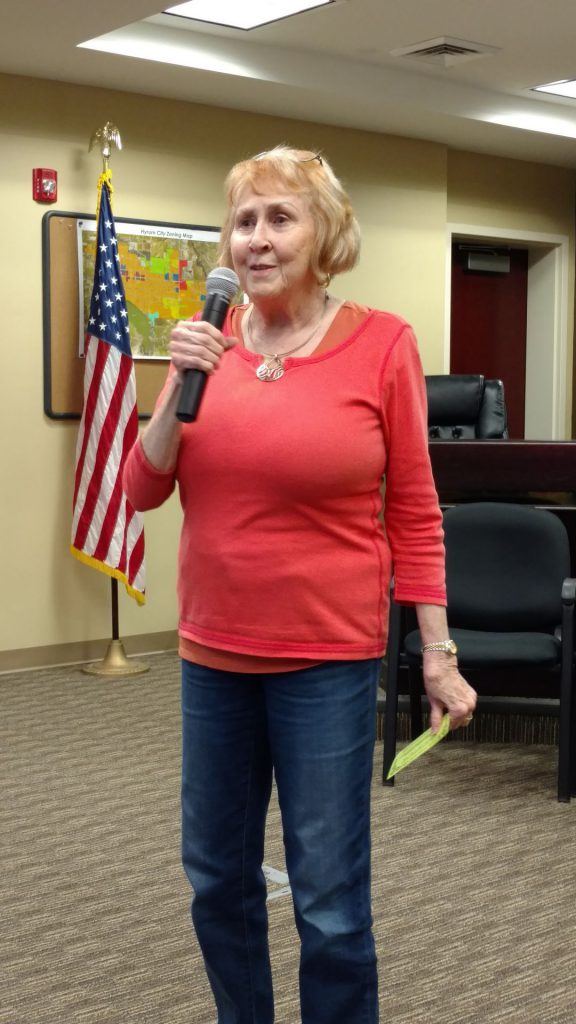 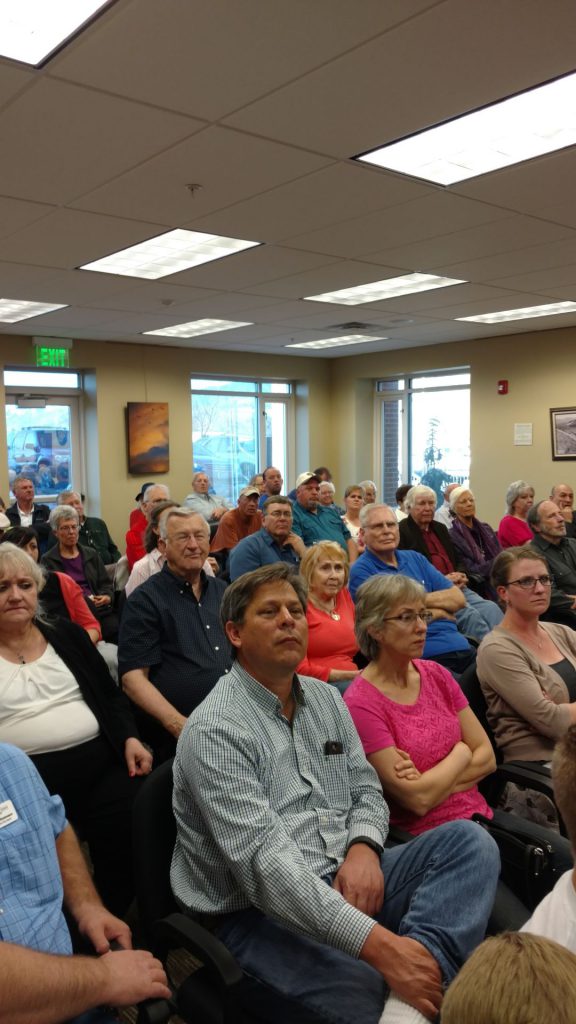