NORTH LOGAN – A two-vehicle accident Monday morning in North Logan sent one woman to the hospital and diverted traffic for over an hour.

North Park Police Chief Kim Hawkes said Joshua Weinberg of Hyrum was driving a Dodge pickup northbound on Main St. and was stopped, attempting to turn left and go west on 2500 N. At the same time, a silver Grand Prix was traveling southbound, driven by Holly Laberdee of Hyde Park.

“The pickup truck turning left couldn’t see the silver Grand Prix because another truck had stopped on the inside lane,” Kim Hawkes said. “He began to turn and a collision occurred between the pickup truck and the Grand Prix in the intersection.”

Laberdee was reportedly pinned inside her vehicle. Emergency crews had to extricate her from the car. She was then transported by ambulance to Cache Valley Hospital with non-life threatening injuries.

Hawkes said the cause of the accident is still under investigation.

“We’re trying to determine through the investigation, there is still some things that we need to check with in reference to the possible video footage from local businesses, as well as some witness statements. We are still following up on that to determine if the light was red and in which direction.”

Traffic was partially diverted for several hours while officers cleared and investigated the crash. 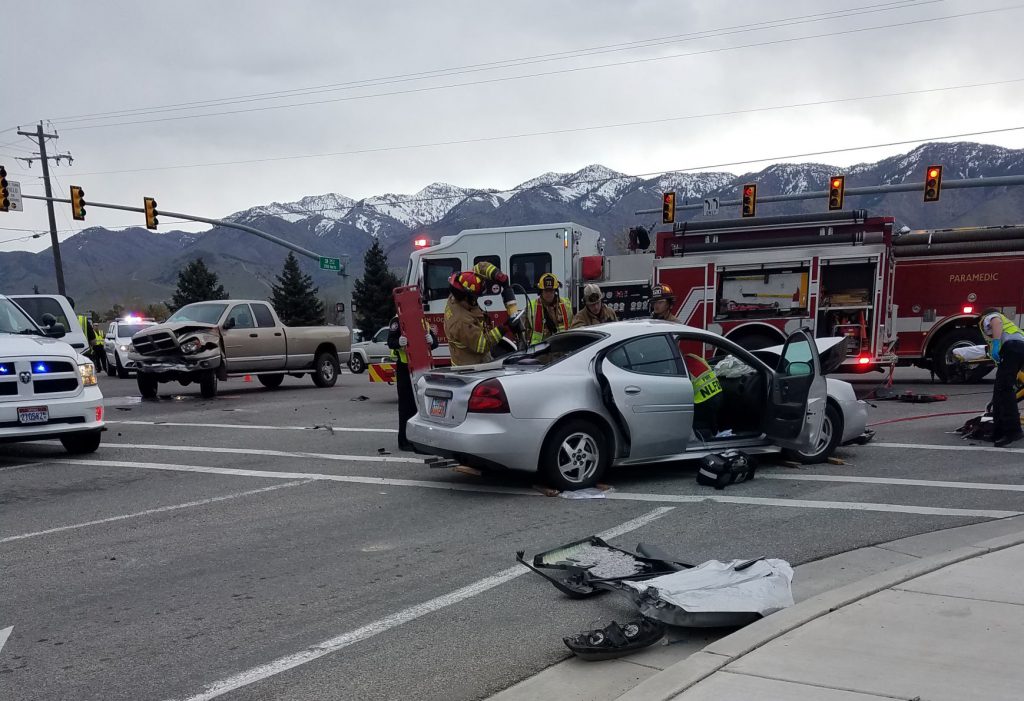 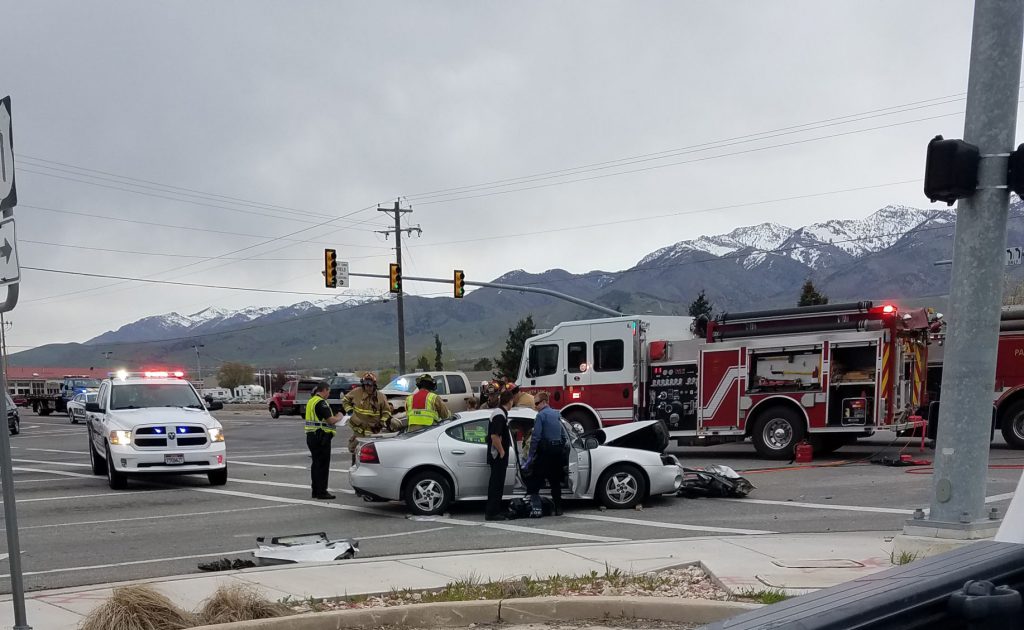 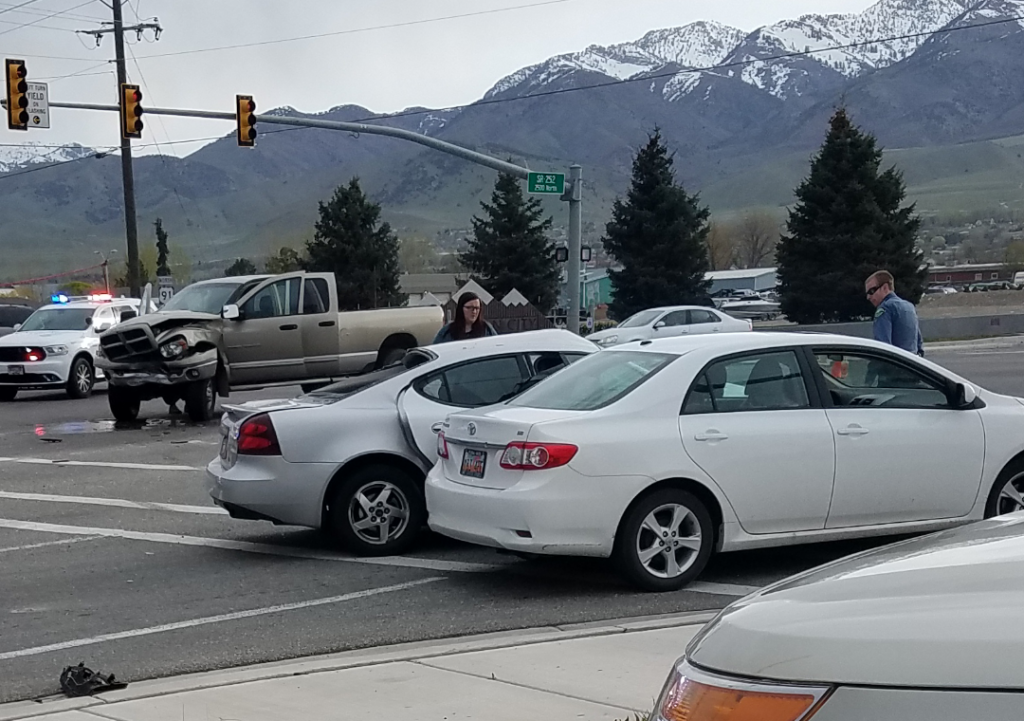