On Friday, April 21, Logan High School will rededicate its historic Memorial Bridge as part of the school’s ongoing centennial celebration.  Beginning at 5:30 p.m. the Grizzlies will host a bridge rededication ceremony, with speeches being given by Logan Mayor Craig Petersen and LHS Student Body President Alex Lambert. Musicians from Logan High School will also perform, with refreshments being served after the program.

Sonia Cardena, Logan High School’s student body advisor, said the rededication of the bridge is significant because two new plaques will be mounted to its adjacent wall. The first plaque, she said, is to commemorate Logan High School’s centennial. The second is to honor military veterans from Logan High who have made the ultimate sacrifice, “the ones who have died serving our country.”

Logan High School’s Memorial Bridge and nearby patio are located on the campus of Logan High School, north of Crimson Field. The bridge, which spans a canal, was originally dedicated on Sept. 11, 1950. During the first ceremony, 1,400 LHS veterans of World War II were honored, with specific reference to those who lost their lives in battle. Additional veterans’ memorial plaques have been affixed to the bridge over the years, with the newer plaques bearing the names of veterans who died serving in the Korean and Vietnam conflicts. The plaque described by Cardena will refer collectively to all Logan High School alumni whose lives have been or will be lost in military service.

“We’re just very grateful for the sacrifices made by all those who have served our country and we feel that it is very important to honor Logan High alumni who have paid the ultimate price in defense of our freedom,” said Lambert.

Logan High’s Memorial Bridge will undergo renovation this summer. The patio will likewise be refurbished, with brick pavers being placed to create what will become a Centennial Courtyard.  Bricks will include each sponsor’s name and year of graduation and will be priced at $25 apiece to offset the cost of the courtyard’s construction.  Bricks may be purchased on Friday evening and will also be available online at <a href=”http://www.loganhigh.org/”>www.loganhigh.org</a>.  Once renovation of the bridge and construction of the courtyard are complete, another public gathering will be held. More information about the bridge and its honorees is available at the Logan High School and Logan City libraries. 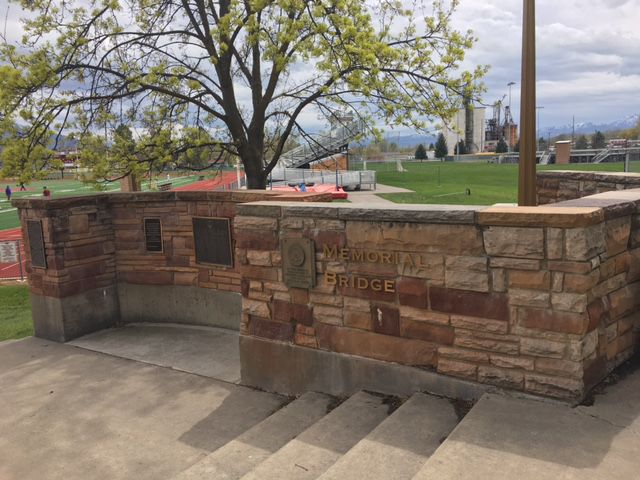