Overall, it is the first- and second-career all-conference honors for both Wehnelt and Serrano, and they are the first duo to be named all-conference in doubles since Bryan Marchant and Sven Poslusny earned second-team all-WAC honors in 2011.

This year, Serrano, a sophomore from Cartegena, Colombia, posted a 20-9 overall record, including going 14-5 in dual matches and 3-1 against Mountain West foes. Serrano played primarily at the Nos. 3 and 4 spots during conference play. In league matches, he topped San Diego State’s Joel Popov, UNLV’s Ruben Alberts and New Mexico’s Lawrence Perrin. Serrano also posted the biggest win of the season when he clinched the match on the road against No. 12 TCU to book USU’s first trip to the ITA National Team Indoors in program history.

In doubles, the duo of Wehnelt and Serrano played most of the year at the first position and posted a 20-8 overall record, including 13-7 in dual matches and a 3-2 mark against conference foes. In MW play, they defeated the top duos from Fresno State, Nevada and Boise State, clinching the doubles point against the Bulldogs and the Wolf Pack.

The Aggies are back in action tomorrow at the Mountain West Championship when they face Boise State in the quarterfinals at 6 p.m., in Boise, Idaho. 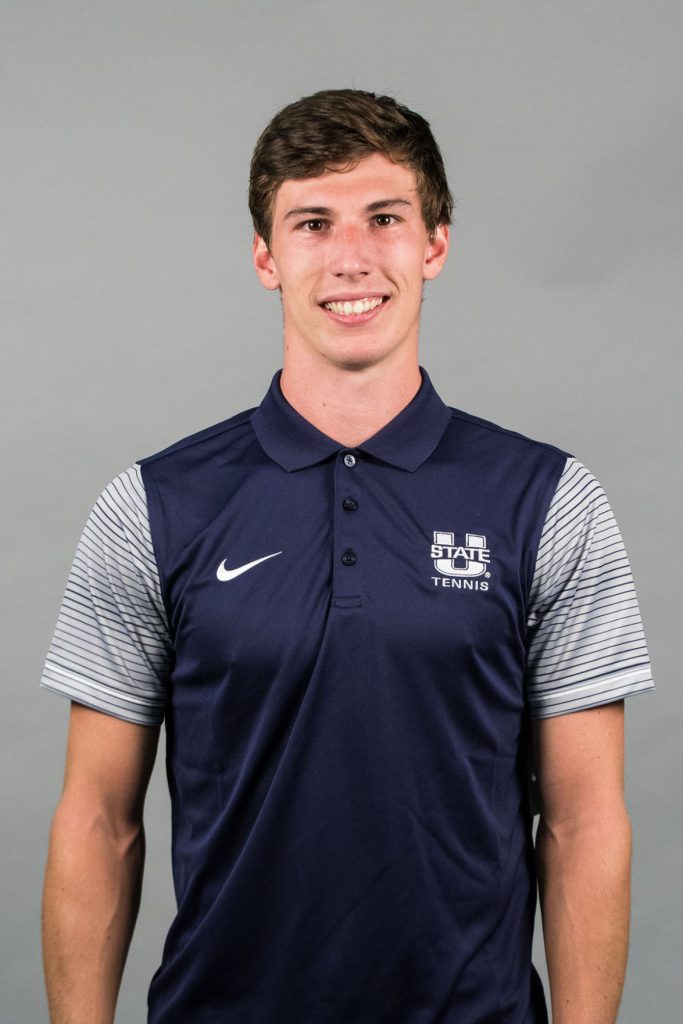