According to The Utah Statesman, USU’s student-run newspaper, USU President Noelle Cockett said there wasn’t anything done that wasn’t necessary.

The $6,104 annual cost for attending Utah State will be second highest among Utah’s public colleges. According to the Utah System of Higher Education, the University of Utah will have the highest annual cost at $7,697. The least expensive school will be Snow College, which will cost $3,276 annually.

The cost of attending Utah State has more than doubled since 2004, and increased by more than $1,200 during the last decade.

The majority of USU’s $9.22 fee increase was in because of an increase of $5 to the library fee and a new $3.50 Counseling and Psychological Services fee, but there were also small increases to the activity and campus recreation fees. 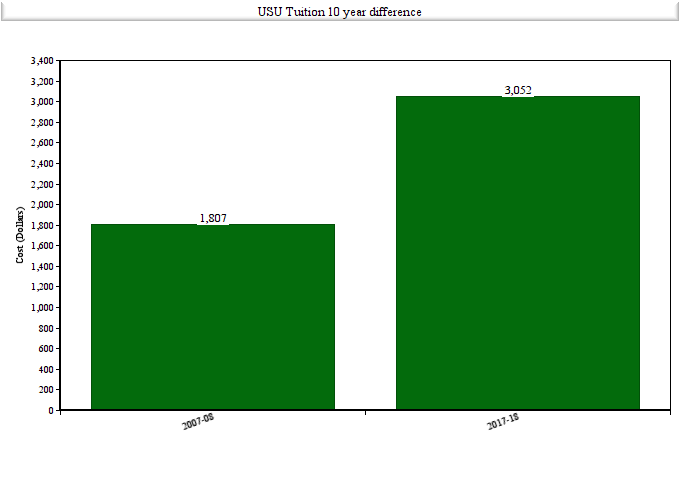 The difference in the cost of tuition at USU from a decade ago to today.