LOGAN, Utah – Whether it was on the hardwood, gridiron or javelin runway, Devin Wright excelled as a prep standout at Monticello High School, which is located in the tiny town of Monticello (population in 2014: 1,999) in southeastern Utah.

An 11-time letterwinner in those three sports for the Buckaroos, Wright knew he was destined to play collegiately. And, after racking up more than 2,200 yards rushing and 30 touchdowns, he figured his pathway to college athletics would be football.

“I was considering Snow College and then moving on after that,” Wright said. “But, after talking with the Snow College coach, that with my size and abilities I would maybe work into playing time, I knew if I wanted to do athletics and put in all the time and effort, I wanted to be participating each week.”

So, Wright turned his attention to another sport.

“My dad and I actually started looking at college results with the javelin and he said, ‘You can be competitive with your high school throws at a lot of these meets that Utah State and some of the other schools have gone to,’” said Wright, who made it a point to thank his parents for helping him get to where he is today. “That’s really when we started working on reaching out to the college coaches to see if javelin could be an option. And, it was.”

Yes, it was. And Utah State has been the beneficiary of Wright’s javelin talents.

“He’s the best kind of an athlete a coach could want,” said USU assistant head track &amp; field coach Matt Ingebritsen, whose main responsibility with the Aggies is working with the throwers. “He comes to practice every day, he works super hard and he puts as much effort into throwing the javelin as he does into his school work.”

Wright, now a senior at Utah State, is set to graduate this Saturday with a bachelor’s of science degree in biology, with an emphasis in human biology. But before he can officially close the book on his collegiate career, Wright still has some javelin throws remaining in his right arm.

Utah State is hosting the Mountain West Outdoor Track &amp; Field Championships next Wednesday through Saturday, May 10-13, at Ralph Maughan Stadium, where Wright is set to defend his javelin title. At the 2016 MW outdoor championships, Wright captured first place with a throw of 62.17m (204-00).

Currently ranked 35th in the nation with a personal-best throw of 64.78m (212-06), a mark that ranks sixth all-time in school history, set March 17 at the UC Irvine Spring Break Collegiate Classic, Wright has already qualified for the NCAA West Preliminary Championships. It will mark the fourth time in his career that he has competed at the West Prelims.

“It has just been a wonderful experience,” Wright said of his Utah State career. “I’ve enjoyed every minute of it, including all the ups and downs. The climax of last year was winning the Mountain West championship. That was a goal I had set with coach Matt early on and wanted to accomplish that. I had always dreamed of doing college athletics and to actually be able to do it, and do it for four years, and have a wonderful coach to work with, I’ve loved every minute of it.”

During his career at Utah State, Wright has captured eight total javelin titles, including three in 2017. Besides earning first-team all-Mountain West honors a year ago, he also garnered second-team all-WAC accolades as a freshman in 2012 after finishing sixth (55.70m/182-09) at the Outdoor Championships.

“He is very willing to help me out and he’s always willing to help his teammates out,” Ingebritsen said. “He leads very well. Even though he’s a quiet person, he leads by example. He’s also been a guy who has been very reliable as an athlete. He’s done all the things that you want an athlete to be able to accomplish in their career. I’m going to be very sad to see him go because he’s maybe the most reliable athlete I’ve ever had. It’s been really fun watching him progress because he was a decent thrower out of high school, but he’s turned into a great thrower and he’s left his mark on Utah State for sure.”

As much as he has excelled in the javelin throw for Utah State, Wright has perhaps done even more in the classroom. After all, he was recently one of 195 student-athletes recognized at the 24th annual Joe E. and Elma Whitesides Scholar-Athlete Luncheon. To be eligible for the honor, student-athletes must have a cumulative 3.2 grade point average or have posted a 3.2 GPA during the last two semesters.

Wright was the top honoree during the luncheon, continuing a streak of seven straight and 10 of the last 11 honorees from the track &amp; field program.

When asked what meant more to him, winning a javelin title or being the Whitesides top honoree, Wright had this to say: “They’re both really good. Honestly, I spend more time studying, but they’re both wonderful and I wouldn’t trade either one.”

Wright, who will also graduate with two minors in Spanish and chemistry, has a near perfect grade-point average of 3.98. He was recently named a finalist for the NCAA Walter Byers Graduate Scholarship. Annually, one male and one female is awarded the $24,000 scholarship in recognition of outstanding academic achievement and potential success in graduate study. Wright was one of six finalists interviewed at the NCAA Headquarters in Indianapolis, Ind., for this prestigious award.

“Devin Wright is a memorable student because he is one of the few student-athletes majoring in biology that has managed to prosper in two of my science classes, has maintained a high GPA in his other classes, and still has managed to excel in track &amp; field for the university team while practicing 15-20 hours per week and traveling on the road virtually every weekend during spring semesters,” said Andy Anderson, who is the principal lecturer and pre-health advisor in the USU biology department.

His excellence in the classroom has not gone unnoticed. Wright is a multiple Whitesides Scholar-Athlete recipient and has earned academic all-conference accolades two times and Mountain West Scholar-Athlete honors two times. He has also garnered third-team CoSIDA Academic All-American (2016) accolades and first-team CoSIDA Academic All-District (2015, 2016) honors, to go along with being named to the USTFCCCA All-Academic Team (2015, 2016).

Wright has always prided himself on his academics, often turning down team activities while on the road so he can focus on his studies. Case in point: He missed out on a beach trip so he could stay back at the hotel and study for an exam he had in organic chemistry the following Monday.

“When the option came to go with the team to the beach, which I knew would take a few hours, or stay at the hotel and study, I chose to study because I knew I needed those hours to prepare for the exam,” Wright recalled. “Luckily enough, the exam went well. If it hadn’t gone well, I would have been regretting it. Mia (Estes), my teammate, sent me a picture of the sunset on the beach and I absolutely love sunsets and I love the beach, so that was a little bit of an insult to injury, but the exam went well, so it was worth it.”

While Wright’s javelin career is slowly winding down, his future appears bright. This summer, he is marrying the love of his life, Lindi Andreasen, as well as putting in applications for medical school.

What kind of doctor does Wright want to be?

Regardless of which career path Wright takes, one thing is certain: He will be successful.

“I told Devin that I have had numerous student-athletes over the years in my office and many of them stated they wanted to go to medical school,” Anderson said. “However, because of their inability to balance classes, study, date, recreate and team travel, the majority of them changed their plans and altered their career goals. Devin is one of the rare ones who has learned to successfully balance the many aspects of his life, and I expect him to continue this in medical school and in his future profession.

“From my observation of Devin in my classroom and teaching laboratory, I noted that he is most serious about his studies, is mentally quick, has a ready smile and courteous mannerisms, and that he is able to maintain his principles despite the opinions of others.” 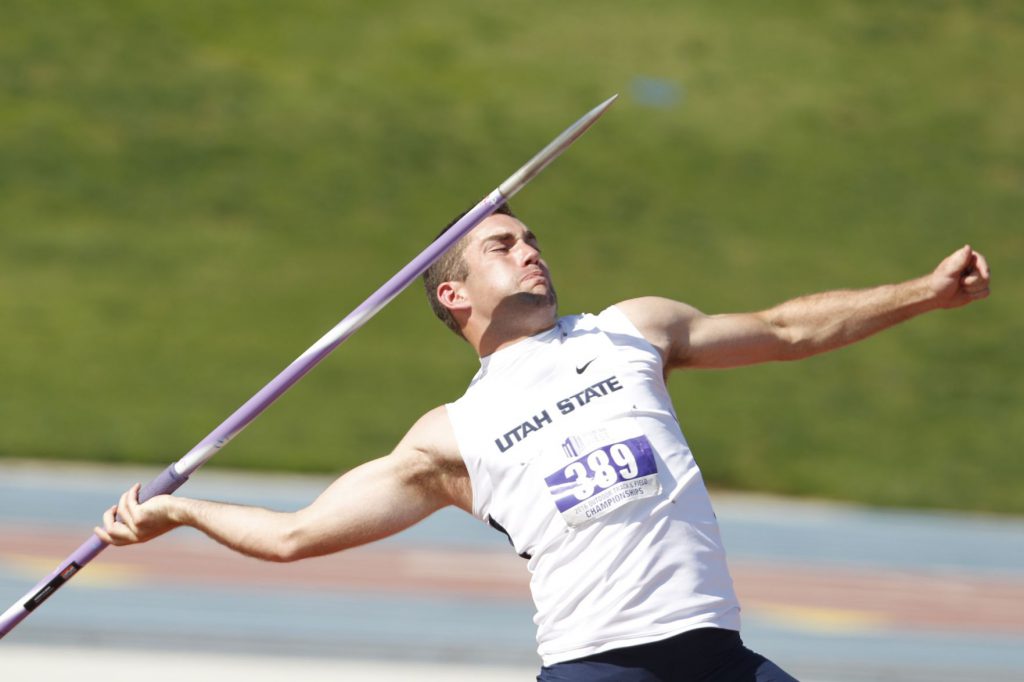