“There were a lot of opportunities and a lot of experiences that I got to have being a student athlete that I wouldn’t have otherwise,” Boyd said. “I can definitely say that I’ve done my best on the track and off the track.”

The senior from Kaysville, Utah, chose Utah State because she wanted to compete collegiately and wanted to go into something math-oriented and knew USU had good math, engineering and science programs.

“I knew that academically it would satisfy what I wanted to accomplish in the future,” Boyd said.

Boyd, who is majoring in mechanical engineering, said it has been difficult at times managing school and athletics. She said there were a lot of late nights and saying no to social events and other every day college activities.

“I had to say no to those because practice is important and schoolwork is important, but I would say it was worth it,” Boyd said. “The experience that I’ve had being a student athlete, it’s been incredible and I’ve done a lot of reminiscing over the last couple of weeks just because things are coming to a close. I wouldn’t trade it for the world.”

One of Boyd’s favorite academic memories was when she was in a numerical methods course and had a project where she was supposed to debug or retry the program for each step. Boyd, however, kept coding and creating the program.

“I pushed run at the very end and I was expecting like 100 mistakes because usually it’ll tell you, but it worked,” Boyd said. “That was such a relief because that was another 10 hours that I didn’t have to spend on this project.”

Boyd said one of her biggest accomplishments was placing fifth on the team with a time of 24:02 in a cross country meet at the Roy Griak Invitational in Falcon Heights, Minn., on Sept. 27, 2014.

“I just got the runner’s high, I felt all there in the moment,” Boyd said. “That was a really big day because that had been my goal for the season to score at a meet, so that was a really big moment to where it was like, ‘Yes, all my work has paid off.’”

Boyd also said her entire senior track season has been a big accomplishment as she has set a personal record in a couple meets in the 3,000m steeplechase, including most recently, an 11:17.49 to place fourth at the UCLA-hosted Rafer Johnson/Jackie Joyner-Kersee Invitational on April 8.

“For me that was a big accomplishment because I wanted to leave my senior year being like, ‘Yeah, I improved,’” Boyd said. “My senior year has probably been my best.”

Boyd has dealt with a couple of injuries during her time at USU. As a junior, she had a stress reaction in her shins and had to take about two months off where she just biked.

“Injuries are hard because you feel like everything you’ve worked up to before that point is all wasted,” Boyd said. “Something I learned is you might physically drop a little bit, but mentally the things you learned beforehand, those things are going to come back and you’ll be back to where you were before and that work that you put in isn’t wasted.”

Boyd said for the last bit of the season, she wants to enjoy every moment she has with her teammates on the track and in the classroom.

“Just to take every moment for what it is because it’s ending here soon,” Boyd said.

When she’s not doing track or school, Boyd enjoys playing the guitar and piano, hiking, spending time with family, doing spontaneous things like jumping in First Dam or bonfires, and making desserts — she said she’ll eat brownies and ice cream all day. Boyd also likes scrapbooking, though she hasn’t done it for a while.

Boyd has another year left of schooling and is set to graduate in the spring of 2018 with a degree in mechanical engineering. After she graduates, she wants to travel outside of the country, but doesn’t know specifically where yet.

“I got my passport last summer, so I haven’t been anywhere yet, but the potential is there,” Boyd said. “I have it in my hand now.” 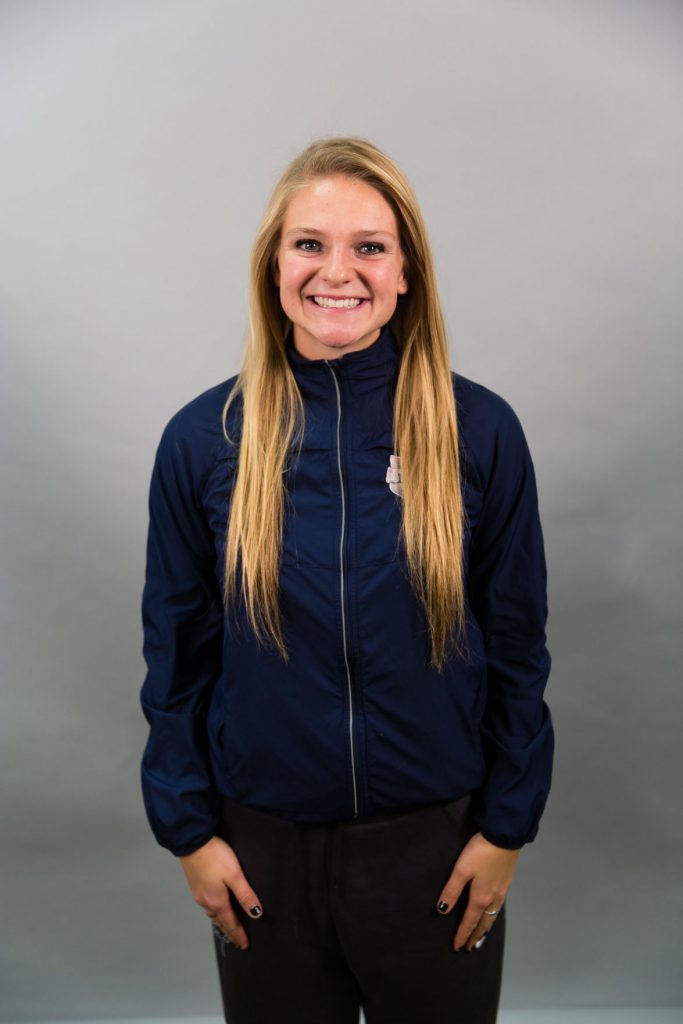