<a href=”http://www.intechchs.org/” target=”_blank”>InTech Collegiate High School</a> in North Logan has once again been ranked by U.S. News &amp; World Report and the Washington Post among the top high schools in the country. For the fifth time in the past six years, U.S. News &amp; World Report recognized the school as one of <a href=”https://www.usnews.com/education/best-high-schools” target=”_blank”>“America’s Best High Schools,”</a> ranking it eighth in Utah and awarding the school a silver medal of excellence.

In addition, the Washington Post included InTech on its 2017 list of <a href=”https://www.washingtonpost.com/graphics/local/high-school-challenge-2017/” target=”_blank”>“America’s Most Challenging High Schools,”</a> a distinction achieved by just 12 percent of high schools in the country. InTech is ranked number five among only six schools in Utah making the list.

“It’s nice not only to be recognized by U.S. News, but also to be recognized across rankings,” he said. “[It] just really helps us feel like, yeah, we are consistently doing these things across multiple measures and making an impact for students.”

With a student body just under 200, InTech is known for drawing students with a strong interest in science, math, engineering and technology education (STEM). Stanger said while a handful of “flat-out brilliant kids” attend the school, many of the students are “solid” performers who work hard to succeed academically.

“And then there are kids who struggle,” he said, “but if they’ll work hard and come get additional help, they can be successful here as well, and so we’ll continue doing what we’re doing, including looking for the next thing that will help students. We’re always looking for ways to improve and tweak our program to make it more meaningful for students and to help people of all ability levels.”

Stanger said InTech has a rigorous curriculum and expects a lot of its faculty and students. He appreciates how the school’s instructors take initiative, care about their students and are passionate about their work. Stanger also expressed the role a limited enrollment plays in the school’s success.

“We have a small school size, and that matters for early colleges to be able to have that connection with students,” he said. “We ask our parents and students every year what they love about the school, and the number one thing is not our early college program or our STEM programs. It’s that we are small, and that makes the teachers approachable and there’s a sense of community.”

The Washington Post list of “America’s Most Challenging High Schools” considers the total number of Advanced Placement, International Baccalaureate and Cambridge tests given at a school each year divided by the number of seniors who graduated. More information about these designations is available at <a href=”http://www.usnews.com/education/best-high-schools”>www.usnews.com/education/best-high-schools</a> and <a href=”http://www.washingtonpost.com/graphics/local/high-school-challenge-2017″>www.washingtonpost.com/graphics/local/high-school-challenge-2017</a>. 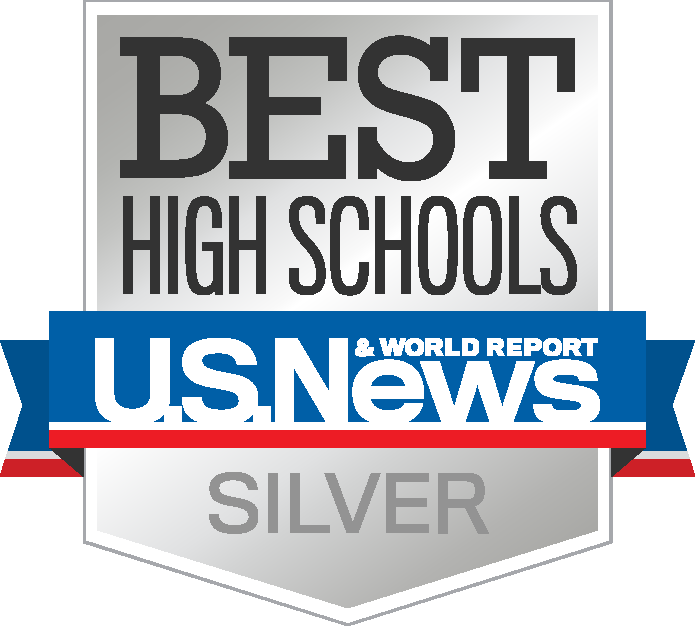 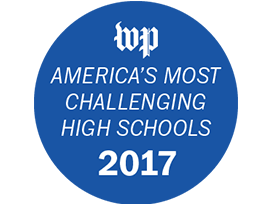