LOGAN — Around 30 people braved colder temperatures and cloudy skies Friday morning, running down Main St. to show their support for people with disabilities. Law enforcement joined the participants running from the North Logan Walmart to the south Logan Walmart for the Special Olympics Torch Run.

Cache County Sheriff’s Sgt. Reed Tanner helped organize this year’s run. He explained that the annual event was one of 13 charity runs held throughout the state in preparation for the Special Olympics Summer Games.

“Law Enforcement here in Cache Valley have always been a big advocate of Special Olympics,” Tanner said. “It is a way that we come out and show our support for them and give a little publicity to what they do.”

In addition to the athletes, runners were joined by members of the community including Logan Mayor Craig Petersen, Police Chief Gary Jensen and Sheriff Chad Jensen.

Tanner said it is pretty awesome to see the excitement the Special Olympians have had over the years, running with members of law enforcement.

“We had one of them show up and he had a toy SWAT vest and helmet that he wore the entire time. We got done and put him in a real SWAT helmet and vest. Obviously he thinks a lot of law enforcement and what we do and it was kind of fun to show him some of the real stuff and let him see that.”

The Torch Run, “Flame of Hope” started in 1981 by police in Wichita, Kansas and has spread through the country.

There will be four more runs planned during the rest of the month before the final race on June 2, beginning the Opening Ceremonies of the Utah Special Olympics Summer Games. 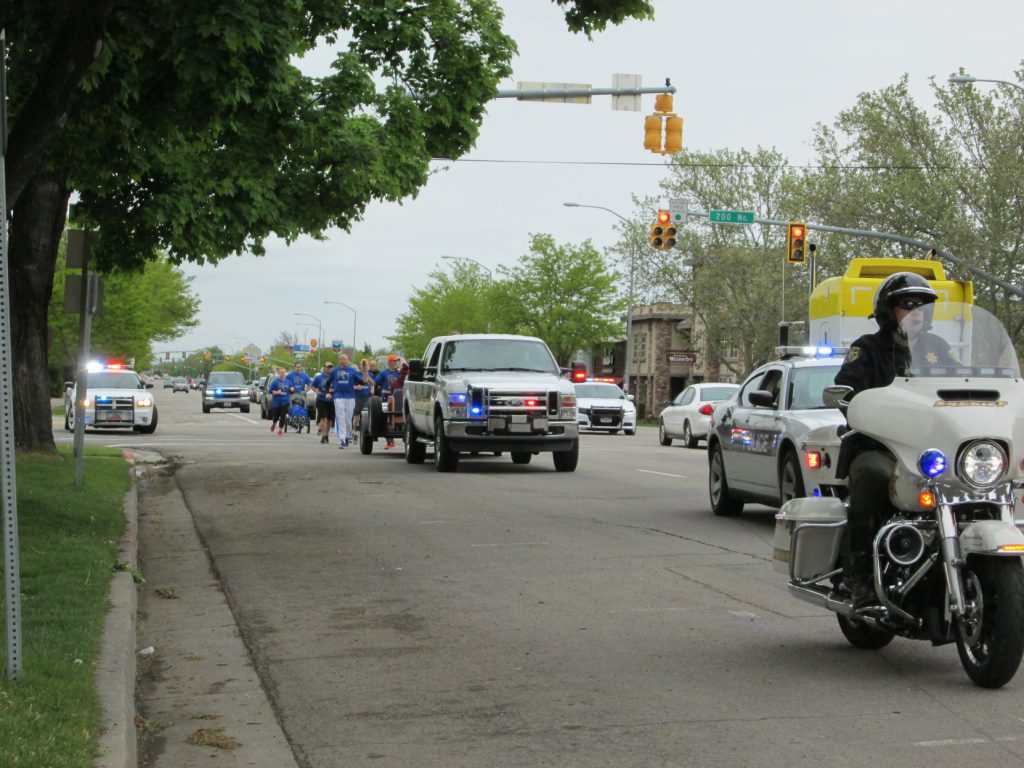