NORTH LOGAN — Over the past four weeks since they were crowned, the young women representing North Logan City’s 2017-2018 royalty have already been involved with several projects to launch their upcoming year of service to the community. Chosen during the city’s fourth annual Miss North Logan Scholarship Pageant on April 29, the group of six—three high school students and three elementary-aged students—will represent North Logan City throughout the summer parade season and will be involved with the city’s annual Pumpkin Days celebration and a Christmas service project. The girls will also work throughout the year to raise funds for a local charity of their choice.

“They are wanting to help <a href=”http://thefamilyplaceutah.org/”>The Family Place</a>,” said Lynda Smith, North Logan City’s recreation and royalty program coordinator. “They’ve already reached out to them so see what they can do to help with fundraising, and they are planning a charity barbecue on July 24.”

Having younger girls serve as members of North Logan City’s royalty is new this year. The younger pageant winners, who are in grades 3-5, are being called the “Miss North Logan Honey Bees” and will be mentored by the three older “Miss North Logan” representatives.

“We’re excited to have the Honey Bees,” Smith said. “These three little Honey Bees are already so excited, and we love their ideas and the youthful energy they bring with them. All of the girls seem really enthusiastic, and they’re excited to be involved. It’ll be a great year.” 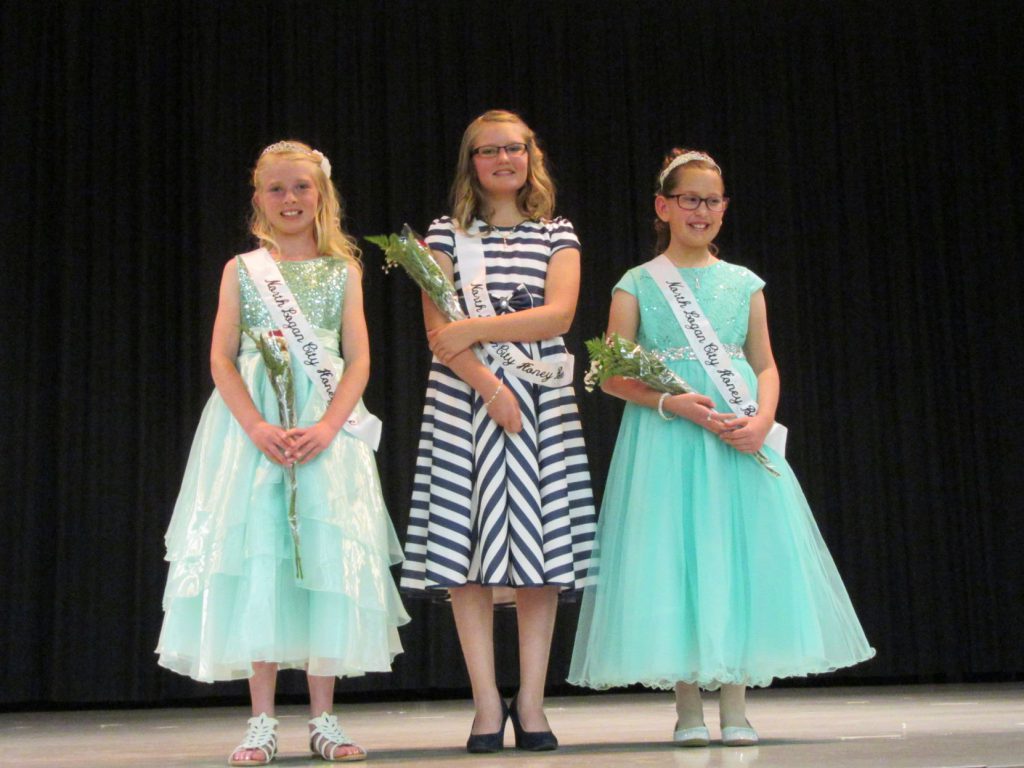