It’s been nearly five months since Jenn Andrs, executive director of the <a href=”https://www.tourofutah.com/” target=”_blank”>Larry H. Miller Tour of Utah</a>, announced the return of “America’s Toughest Stage Race” to Logan after its first Cache Valley visit in 2015. The week-long annual event is now in its 13th edition and takes place July 31-August 6, beginning in Logan. During seven grueling stages, the best men’s racing teams in the world will tour a 600-mile course, with 36,525 feet of climbing.

On May 25, organizers unveiled the <a href=”https://www.tourofutah.com/stages” target=”_blank”>complete 2017 course</a> with detailed maps and informational videos for each stage. The tour will include three mountaintop finishes and will feature the event’s first uphill individual time trial (ITT) since 2011, a six-mile race against the clock to a finish line at Brighton Ski Resort in Big Cottonwood Canyon. For the first time since 2009, the final stage of the race will return to Salt Lake City, sending competitors through the Avenues neighborhood and around the Utah State Capitol.

With eight Utah Office of Tourism King of the Mountain (KOM) climbs and 11 Utah Sports Commission Sprint lines, the Tour of Utah is sanctioned by the Union Cycliste Internationale (UCI) and attracts hundreds of elite athletes on professional racing teams. This year marks only the second time the race has started in Northern Utah and the third time it has extended outside Utah into the Bear Lake region of Idaho.

“We are proud to design and orchestrate new race courses each year,” said Andrs in a news release. “This year’s Tour of Utah brings back the individual time trial and the circuit race at the Capitol, which will both challenge the professional athletes and energize our fans. With live broadcasts each day on Tour Tracker and FOX Sports Network, we can bring the excitement of the race and the beauty of Utah to fans all over the world.”

Presented by America First Credit Union, Stage 1 of the race will wind through Logan Canyon for 132 miles, gaining 6,550 feet of elevation. It’s the same route riders traversed in 2015, with a sprint line from Garden City to the Idaho border, a 48-mile navigation clockwise around Bear Lake and a return to Logan’s downtown with two circuits for spectators and a finish along North 100 East and Federal Avenue.

Brigham City makes its debut as a host city for Stage 2 of the tour, beginning a 94-mile stretch with two neutral laps starting on Main Street and a subsequent climb up Sardine Canyon, challenging participants with the first of three KOMs with a total elevation gain of 6,900 feet. The route then circles the Wellsville Mountains in a counterclockwise direction and returns for a sprint through Brigham City before following Highway 89 to the North Ogden Divide. Stage 2 ends circling Pineview Reservoir before a steep climb to Snowbasin Resort.

Stage 3 of the 2017 Tour of Utah showcases the return of the ITT, with a climb of 1,725 vertical feet along 5.6 miles of Big Cottonwood Canyon Road to the front door of Brighton Ski Resort. Stage 4 of the race, presented by Workfront, is new territory across 125 miles in Salt Lake, Tooele and Utah counties, with a 10-mile connector on maintained dirt/gravel to the historic Pony Express Trail. Presented by Zion’s Bank, Stage 5 returns riders to Davis County for a third consecutive year, with a 112-mile course along rural roads near the Great Salt Lake, through Hill Air Force Base and to the Bountiful Bench.

Presented by University of Utah Heath, Stage 6 of the tour, the “Queen Stage,” returns to the original route over Alpine Loop that was introduced in 2006. The 61-mile stage begins in the Heber Valley and ends with a climb to Snowbird Resort in Little Cottonwood Canyon. Recreational cyclists will also have the opportunity to take the course, comparing their personal times to those of the pros.

Stage 7 of the 2017 Tour of Utah is presented by the Utah Sports Commission and includes a 71-mile, 11-lap Salt Lake City route, beginning at the Utah State Capitol and ending with an uphill finish along State Street.

The Larry H. Miller Tour of Utah was accredited internationally in 2011 and is the first internationally-sanctioned cycling competition in North America for men following the <a href=”http://www.letour.com/us/” target=”_blank”>Tour de France</a>. Fourteen of the final 16 men’s professional teams have been confirmed to compete to date, with rosters expected the final week of July. 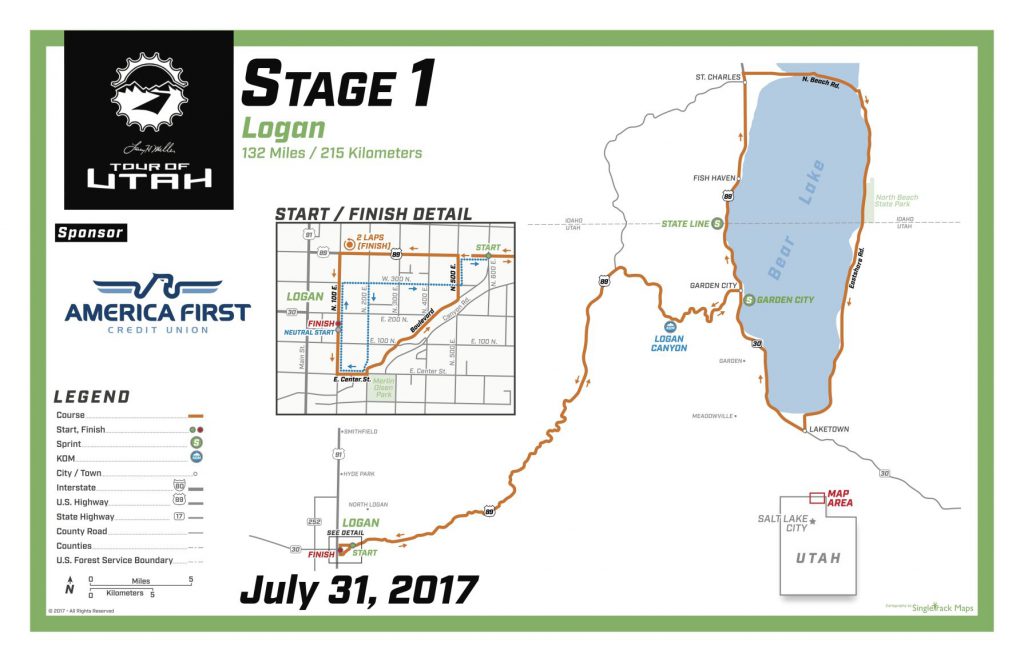 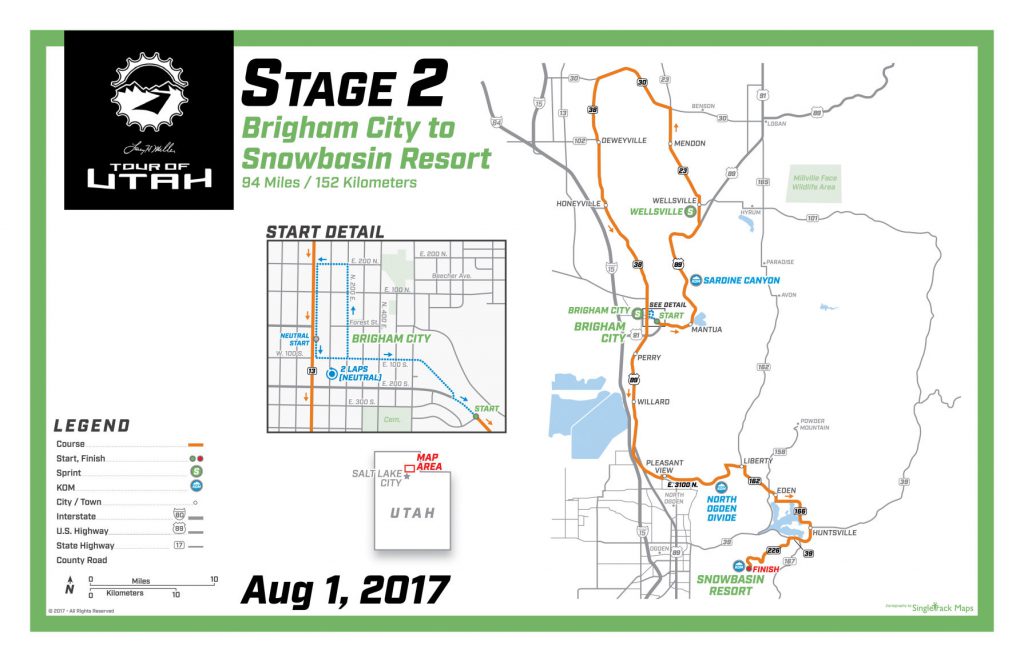