Colin Harrison being sworn in as a member of the Wellsville City Council on Jan. 6, 2010, after having been elected in November 2009. After serving one term, Harrison did not run for reelection, but rejoined the council in Sept. 2016 when he was appointed to fill a vacant seat.

WELLSVILLE — During its meeting on Wednesday, June 21, the Wellsville City Council will appoint a new member of the community’s governing body to complete a term vacated by former council member Colin Harrison last month. Harrison’s family has moved to Logan while preparing to build a home in River Heights.  Scott Wells, Wellsville City manager and recorder, said Wellsville resident Kaylene Ames is the only person who has applied to fill Harrison’s seat. Ames, who has been involved for many years with the Wellsville Foundation and many other civic projects, will be interviewed by the council on Wednesday.

Harrison was appointed to the seat on Sept. 21, 2016, after his predecessor, Karen Higley, likewise moved from Wellsville.  Incidentally, when Higley was elected in 2013, Harrison was a first-term incumbent holding the seat and had chosen not to run for reelection.

Following Higley’s move last fall, Harrison was chosen to fill the position from among three applicants, including Ames. He filled eight months of Higley’s remaining term, which will expire on Dec. 31, 2017. With no candidate having filed to run for election, the four-year seat will once again be open, and a successor will likely be appointed before the end of December.

Harrison said his time spent serving on the council has been rewarding, and he appreciates the many opportunities he’s had to interact with the public.

“When you’re involved in a community or any organization, you get to know people on a different level,” he said. “You really get to know people and like people, and so I’ve really enjoyed the time on the council to get to work with people—the city council, the mayor, you know the people that help out. I’ve been involved a lot with Founder’s Day, and it’s just great to see so many people do things that they really don’t have to do and they don’t get paid to do. They do it because of a sense of community or looking out for their neighbor.”

Harrison said he wishes more people would get involved in serving their communities. He said people often wait to get involved until there’s something they don’t like, “and then they have plenty to say.”

“It would be nice,” he said, “if people would be more involved and know what’s going on, and not just come out when they don’t like something.  But overall, it’s been a real good experience. You get to know yourself as well, what you can do and maybe what you’re not so good at.”

Harrison said there are great people in Wellsville, and there are many ways to serve.  His assignments on the council included chairing the Founder’s Day committee, overseeing the city’s culinary water use and administrating the annual Princess program. He said whoever takes his place will pick up the ball and keep rolling.

“There doesn’t seem to be a starting and an ending point for most things in a city,” he said. “They just go on and on and on—the roads, the sidewalks, the celebrations, the things that need to be done.  I don’t think you ever really finish anything, so it would just be nice for those who fill in after me just to keep going on, keep doing the best they can to make it a good place. It’s a great place to live. There’s great people out there, and I would just encourage more people to be involved.”

Ames, who made an unsuccessful bid for the council during the 2008 election, agrees. She has served as a member of the Wellsville Foundation for 15 years and is currently its president.

“I understand that everyone’s busy and that we have our families and we have our church callings,” she said. “I just would like to nudge people and encourage them to get out to city council meetings and know that our city council really does listen to the citizens. I strongly encourage people to take advantage of the time that’s set aside for them to come and ask questions and talk about their concerns.”

Ames said she is interested in preserving the heritage and the beauty of Wellsville and contributing to how growth is addressed.

“I have a heartfelt desire to serve our community, and I have had a heartfelt desire to serve our community since I moved in to Wellsville,” she said. “The people that I’ve worked with in the past know that I am honest and have a sense of integrity. I lead my life by example, meaning that if there’s a project that I’m interested in or if someone needs help, I’m the first one to volunteer my time and my energy, and more importantly, I am committing my enthusiasm for our community.” 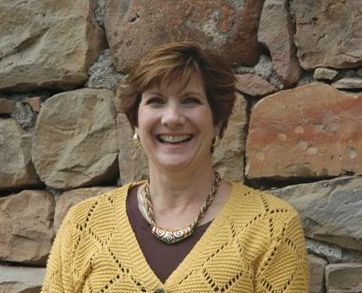 Wellsville resident Kaylene Ames has applied to fill a vacant seat on the Wellsville City Council and will be interviewed on June 21, 2017. Ames is the only applicant for the seat, which was vacated by Colin Harrison following his family's move from Wellsville in May.