Following the death of Otto Warmbier, the American detained in North Korea for allegedly stealing a propaganda poster, concern has been raised for three other Americans detained in the country. Warmbier had been released to the United States after 17 months of detainment, but was unconscious when he arrived and died shortly after due to extensive brain damage.

Demands from the U.S. government have been made for the release of the other three individuals, but no demand has been made for David Sneddon, the son of Providence residents Roy and Kathleen Sneddon. David went missing in 2004 while traveling through the Yunnan province in China, and the Sneddon family believes there is strong evidence pointing to an abduction by North Korea.

The U.S. State Department leans toward the explanation given by Chinese officials: that he fell into Tiger Leaping Gorge or drowned in the river while hiking.

But a body was never recovered, and there is strong evidence that suggests he completed the hike.

The case continues to gain media attention both across the country and internationally. The Canadian Broadcasting Company released a radio documentary Thursday about the Sneddon family’s search for David and the evidence that continues to come forward. That can be heard at this <a href=”http://www.cbc.ca/radio/thecurrent/the-current-for-june-22-2017-1.4171342/we-have-to-keep-looking-family-believes-missing-u-s-student-abducted-by-north-korea-1.4171353″ target=”_blank”>link</a>.

Roy Sneddon and his sons visited the area shortly after the disappearance and said they met people who claimed to see David days after his hike. More evidence has come forward in the last 13 years from those inside North Korea who have claimed to see David. A 2016 article from Yahoo Japan backs up many of Sneddon family’s beliefs. The article’s source said David was kidnapped, forced to teach Kim Jong-un English and that he is now living in North Korea with a wife and two kids.

The Sneddon family’s report of their trip to China to find David can be viewed <a href=”http://www.helpfinddavid.com/wp-content/uploads/2005/12/DavidSneddon_ENG_low.pdf” target=”_blank”>here</a>. A timeline of events and possible sightings of David is listed below.

After spending more than three months in China, David Sneddon emailed his family informing them he would be taking a bus to Tiger Leaping Gorge later that day. He said he was “having a great time” but was “excited to come home.” That was the last communication from David his family received.

David was scheduled to travel to Seoul, South Korea to meet his brother, Michael Sneddon, for a business meeting with potential clients. The Sneddon family was concerned that David’s emails had stopped, but knew he was an experienced traveler and was likely in a remote area away from internet access. When David failed to arrive in Seoul, Chinese authorities were contacted. Chinese police concluded he fell into Tiger Leaping Gorge or drowned in the river, but a body was never found.

Not believing the explanation, <a href=”http://www.helpfinddavid.com/wp-content/uploads/2005/12/DavidSneddon_ENG_low.pdf” target=”_blank”>David’s father and two brothers traveled to China to search for David</a>. They met more than 10 people who claimed to see him after he left the gorge, some describing his appearance, clothing and fluency with the Chinese language in great detail. One of the individuals claimed to have hiked with David, and said he finished the hike with him. The last sighting of David was in Shangri-La at 12 p.m. Aug. 14, 2004, three days after his supposed death. The clues ended there, but they felt they gathered enough evidence to know he didn’t die in the gorge. David’s father and brothers returned home.

Seven years after the disappearance, David’s mother Kathleen received a phone call from a man named Chuck Downs, who was the executive director for Committee of Human Rights in North Korea. Downs told Kathleen that he believed North Korea had something to do with the disappearance. According to Outside Magazine, <a href=”https://www.outsideonline.com/1923586/did-north-korea-kidnap-american-hiker” target=”_blank”>Downs said the disappearance was similar in pattern to other abductions</a> carried out by North Korea, that David’s linguistic abilities would make him a “prized catch” and that he believed there was cooperation between North Korean and Chinese agents in the area.

Outside Magazine also reported that the Sneddons received a report from the National Association for the Rescue of Japanese Kidnapped by North Korea (NARKN). It stated that <a href=”https://www.outsideonline.com/1923586/did-north-korea-kidnap-american-hiker” target=”_blank”>a North Korean defector obtained Chinese security documents showing that an American student was arrested in the Yunnan province</a> in August 2004 for helping illegal residents. The documents claimed the 23 or 24-year-old was released the following September to five North Korean secret agents.

A man in South Korea with “close ties to the North Korea defector community” <a href=”https://www.outsideonline.com/1923586/did-north-korea-kidnap-american-hiker” target=”_blank”>informed the Sneddon’s that a man matching David’s description</a> was seen teaching English in Pyongyang.

An article in Yahoo Japan backed up the Sneddon family’s belief that David was kidnapped and taken to North Korea to teach English. The source stated that David likely tutored Kim Jong-un and now has a wife a two kids. 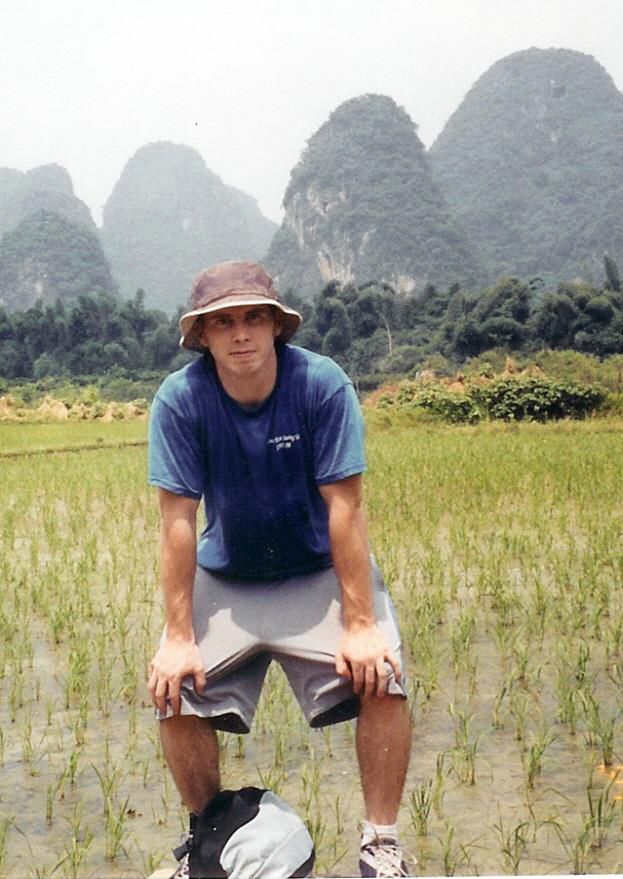