LOGAN – A new mural is appearing in downtown Logan.

French artist Lucas Beaufort spent Thursday and Friday painting a new mural on the front of what will be a Lucky Slice Pizza restaurant on Federal Avenue.

“The story, it is simple,” Beaufort said, describing the mural. “All the people on this, they are the customers here. When you go to the pizza place it’s a good moment, it’s a fun moment. You enjoy it, you are happy. You see all those guys, they are smiling.”

The 35-year-old from Cannes, France has become a well-known artist in the skateboarding and snowboarding scene. His work is often used on the covers of skateboarding magazines and his style has become recognizable. He had been touring the United States for his art shows when he received a phone call from Chase Burch, marketing director of Lucky Slice Pizza.

“He asked me if I’m down to go to Logan to paint the mural for the opening of the new restaurant,” Beaufort recalled. “I said, ‘You know what? I have two days off to come here and make it happen.’”

It was a perfect solution for an interesting problem. Burch had been helping prepare the restaurant for a summer opening, but didn’t know how to utilize the rounded concrete wall that serves as part of the storefront.

“We were unsure what to do with this strange can,” Burch said, “and one day I was on the phone with our mutual friend (of Beaufort) and I got inspired and I was like, ‘This is perfect canvas for an artist to take advantage of.’”

Burch believes it will add to the Logan’s downtown area.

“Our intention is for it to just add a little bit of flavor and have it contribute to the arts culture that is already happening in downtown Logan,” he said, “but to have it bring a little bit of our own perspective and flavor to it.”

Beaufort said he got a late start to the art scene. He started painting at 26, but it only took him one year to get his own show. He said art has had a beneficial effect for him. The friendly characters in the scenes he paints, he said, used to be in his nightmares.

“The day I started to paint they were gone, from my head to the real life,” he said. “It’s kind of a therapy. All of my characters, they are here to spread love. They are here to show the people that we are all different, but it’s cool. It’s what we love.”

The characters in his new scene represent the people found in Logan, and every character on his new mural is smiling, except for one.

“This guy is not smiling but it is just to show that sometimes you have an angry guy,” he said. “This guy is angry because he is starving, but when he has his pizza he is going to be happy. 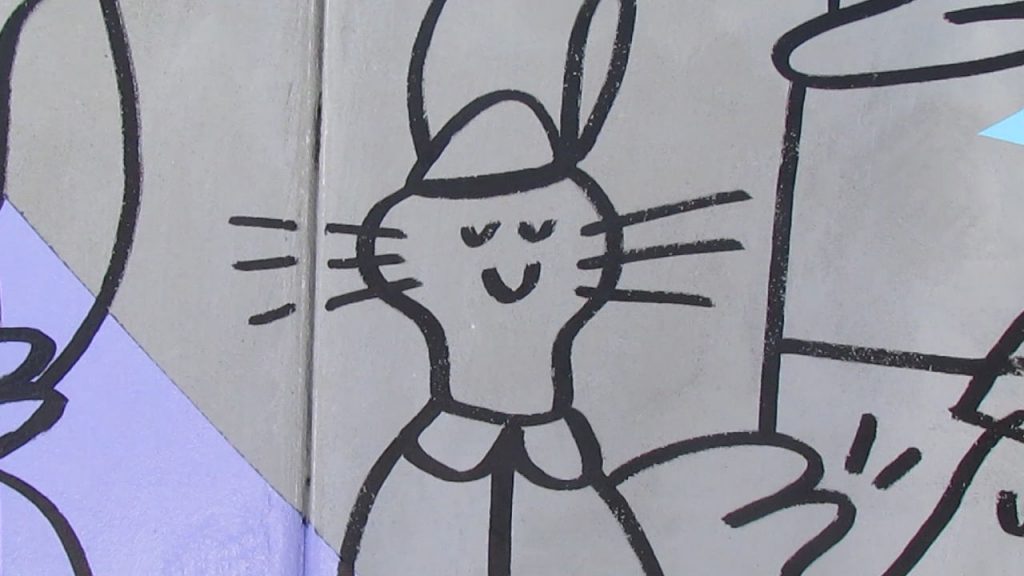 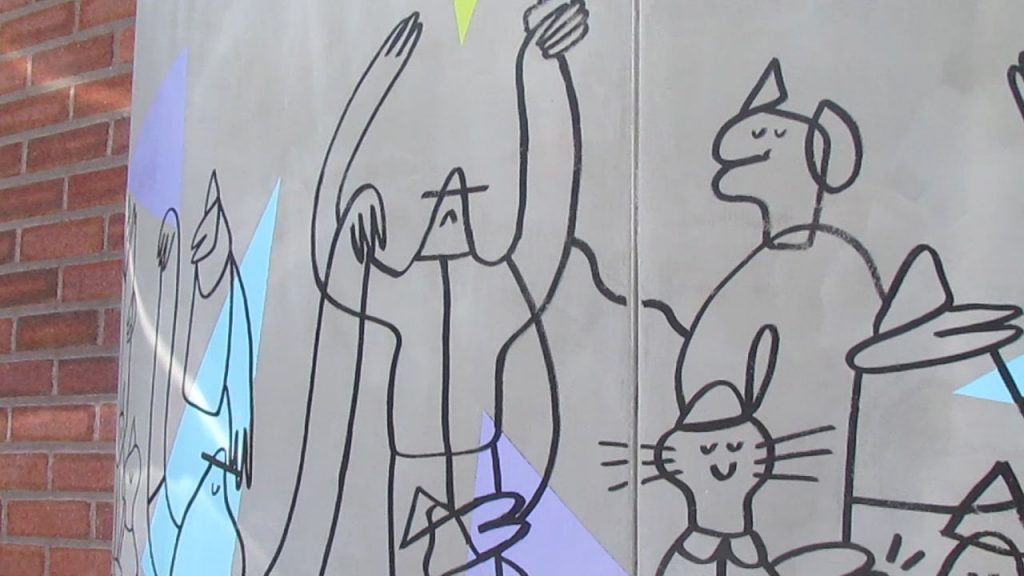 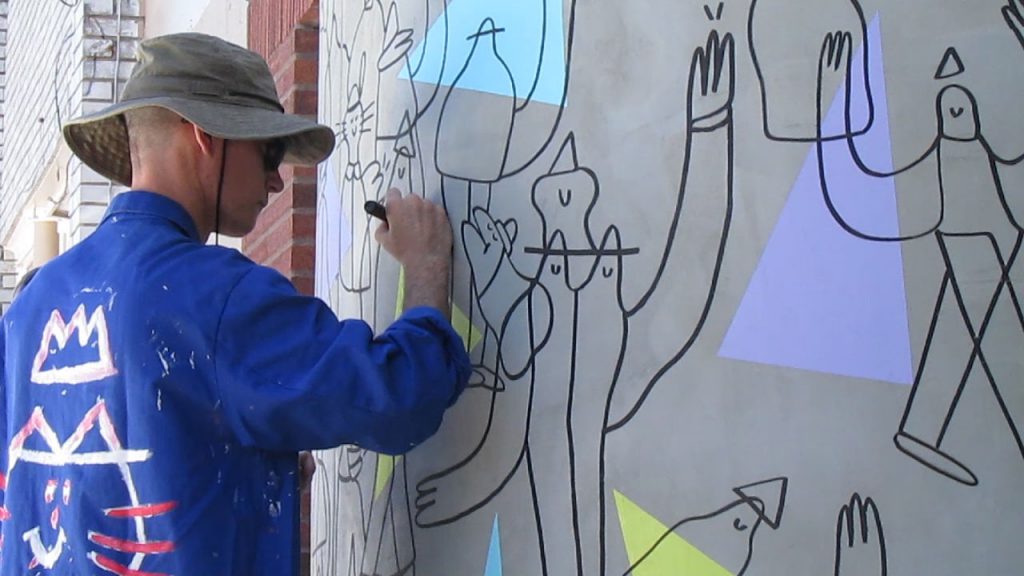