LOGAN – With college football a little more than a month away, award watch lists are being released. Four different Aggies and a former Logan High quarterback represent Cache Valley locals in the running for the prestigious awards.

It was announced Wednesday morning that Aggie senior Kent Myers is one of 47 quarterbacks to make the Johnny Unitas Golden Arm Award Watch List, which is awarded to a senior or fourth-year junior quarterback for accomplishments both on and off the field.

Myers has started games for USU since he was a freshman, throwing for 8,848 yards and 31 touchdowns while adding 1,115 yards and 14 touchdowns on the ground. The award’s 15 finalists will be announced in September.

Also on the Johnny Unitas Watch List is former Logan High quarterback Luke Falk, who is now playing football at Washington State – but that is far from the only award he could end up receiving.

On Wednesday Falk was named to the Davey O’Brien Award Watch List as well, which is considered the most prestigious quarterback award. The Logan Grizzly was also named to the Maxwell Award Watch List, which is given to the nation’s best player. Some consider Falk to be a dark-horse candidate for the Heisman Trophy, and for good reason. Falk threw for 4,468 yards and 38 touchdowns last season alone.

Senior Aggie defensive back Dallin Leavitt was named to the Wuerffel Trophy Watch List Tuesday, which is given to the Football Bowl Subdivision (FBS) player who best exhibits athletic and academic performance with community service.

There are 108 college football players nominated for the award. According to a USU press release, Leavitt earned academic all-conference honors last season and “is involved in various youth clinics and organizations.”

The least-experienced Aggie to be named to a watch list is redshirt-sophomore Dax Raymond. Raymond’s name is listed along 54 others for the John Mackey Award, which is given to the nation’s top tight end. Raymond, who redshirted last season due to injury, played in nine games as a true freshman in 2015.

Other award watch lists for the 2017 season, including the Doak Walker Award and the Walter Camp Award, still haven’t been released. 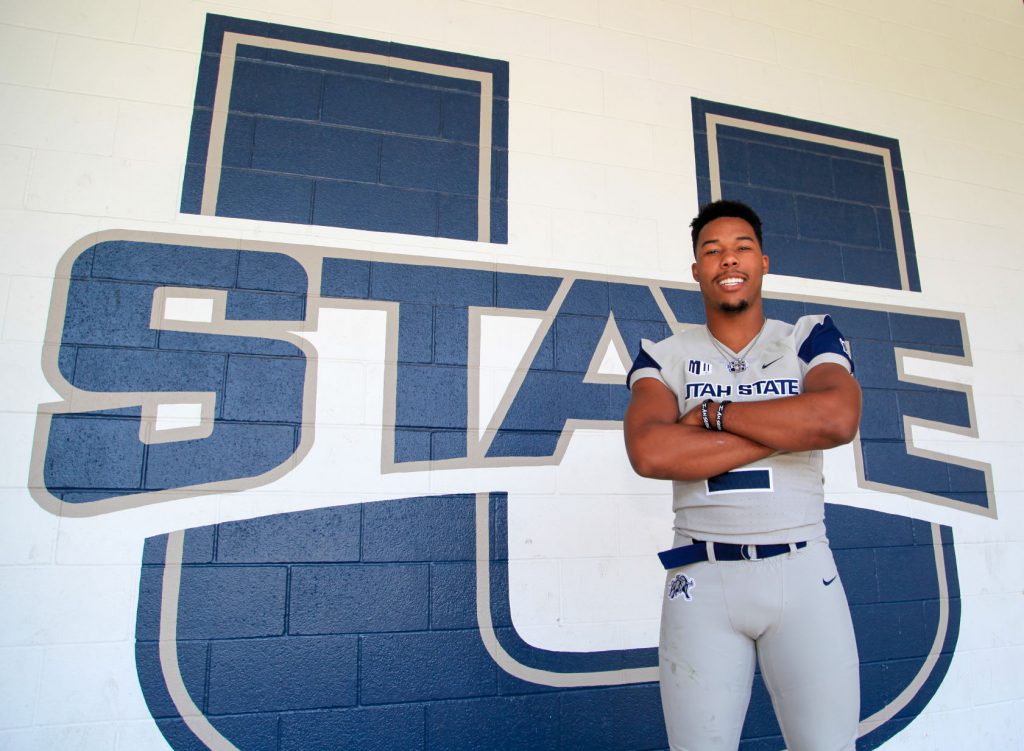 Colorado State running back Izzy Matthews, right, looks for room to run as Utah State safety Jontrell Rocquemore closes in for a tackle in the first half of an NCAA college football game Saturday, Oct. 8, 2016, in Fort Collins, Colo. (AP Photo/David Zalubowski)