LOGAN — A man died Wednesday afternoon near Wellsville while being pursued by the Utah Highway Patrol. Troopers were attempting a traffic stop when the man allegedly drove head-on into a semi-truck, causing both vehicles to burst into flames.

Police radio traffic, provided by Broadcastify, described the scene as two troopers were trying to pull the man over.

The man’s identity has not been released, pending notification of family and the ongoing investigation.

Minutes before the crash police dispatch operators put out an “attempt to locate” for the man’s vehicle after another motorist called 911, stating the truck was driving recklessly. The witness claimed the black Chevy Silverado was swerving all over the road near the American West Heritage Center. They also said they saw the driver throw a beer can out the window.

The man reportedly died instantly. Troopers radioed that the driver of the semi was able to get of his truck.

<em>Dispatcher 2: “497 Cache. Are they going to need extrication for this vehicle?”</em>

Fire fighters and emergency crews arrived on the scene and extinguished both vehicles.

Paramedics transported the semi-truck driver to the hospital with non-life threatening injuries.

The crash occurred in the median, completely blocking all southbound traffic and partially blocking northbound. Traffic was diverted for over nine hours while officers investigated the crash and cleared the scene. 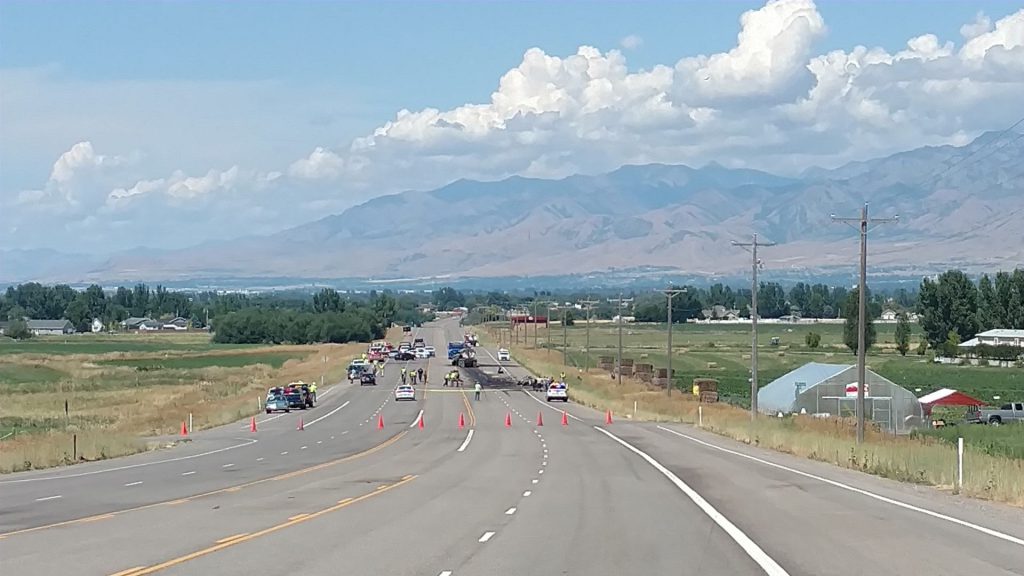