For a creepy crawler that was discovered in Utah just three years ago, the elm seed bug has become a real pest.

Ryan Davis, Entomologist at Utah State University Extension, said calls have been coming in for weeks looking for help to deal with these bugs.

“We have had a lot of calls since mid-June and I suspect that will continue through the rest of this month,” said Davis. “They were discovered for the first time in Idaho in 2009 so may have been around in Utah for a handful of years but didn’t hit anybody’s radar until their populations got big enough.”

He said they have a different life cycle than another pest, the box elder bugs which thrive in the spring and the fall.

“Elm seed bugs annoy us in the summer. They reach adulthood sometime in June and then try to escape the heat and that’s why we think they’re doing all they can do to come indoors.”

They fly from the elm trees, walk around on houses and look for windows and doors, where they can feel cooler air coming out, then try to go inside.

“All indications are they are coming in through cracks and crevices in window and doors, so the best plan is to seal up windows and doors the best you can,” said Davis. “That also includes tight-fitting screens.”

He said a website has the latest information to deal with elm seed bugs and that is <a href=”http://utahpests.usu.edu” target=”_blank”>utahpests.usu.edu</a> then click on “fact sheets” then scroll down and click on insects. 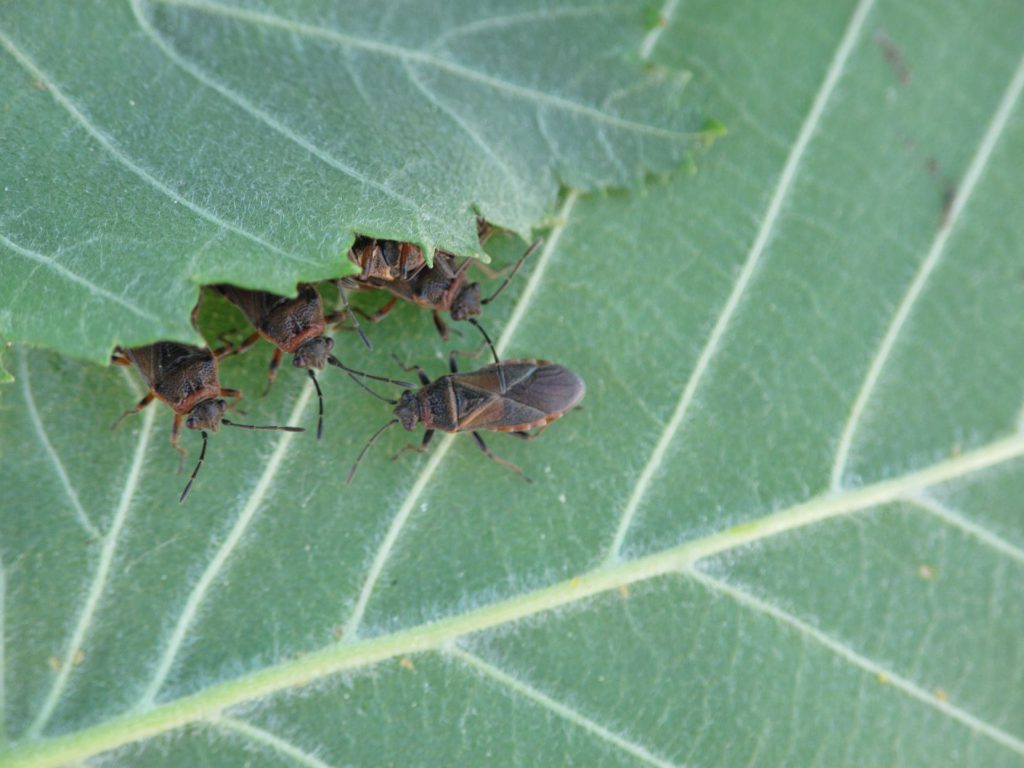