LOGAN – To say Dallin Leavitt wasn’t pleased with last season’s results would be an understatement. A three-win season is not what anyone on the Utah State football team wanted, and the senior safety wants to make sure it doesn’t happen again.

The team finished with a 3-9 record a year ago, and outside the Aggie locker room, not much is expected this year. USU was picked dead-last in this season’s Mountain West preseason poll.

Leavitt is adamant change has to happen. Without it, he said, the team can expect the same results. Obvious change has already taken place with the coaching staff and the offensive scheme, but Leavitt believes he knows where it is needed most.

“The biggest thing that needs to change is the camaraderie and the brotherhood, the ability to buy in with one another, to really sacrifice,” he said. “You know, to maybe not make that decision on the weekend or to spend extra time watching film. Whatever it may be.”

Those thoughts have seemed to be on Leavitt’s mind for some time. After a win against Arkansas State early last season, Leavitt appeared to call out his teammates on Twitter, in a tweet that has since been deleted.

Leavitt believes he is witnessing the change take place. Whether it was the 3-9 record, the preseason ranking or any number of factors, something has fired a revolution against last season’s attitude.

“You can feel that on the practice field,” he said. “You’ll feel a big difference from last year, the camaraderie, the cohesiveness. I feel it, especially as a defense, but as a whole as well.”

Head coach Matt Wells saw it in Wednesday’s practice. He said there was energy and passion on the field, especially among the defense, and that it is contagious.

“You got one or two or three guys doing it all the time,” he said. “You have some success and then it becomes everybody. Then the whole sideline gets into it and people can feed off the energy.”

Leavitt began to see the camaraderie improve among the defensive backs earlier this summer when the whole group went camping in the Wellsville Mountains.

“Gage Ferguson literally lived five minutes away from where we were camping,” he said, “and then we have dudes from Alabama and LA, dudes that have never been camping before.”

The group had no cell service, television or other distractions.

“It allowed us to spend time with one another, hang out and really get to know each other on a deeper level away from football,” Leavitt said, “away from coaches and everything else and just be ourselves.”

“There were some core philosophies that are absolutely at the forefront of winning football games that’s been done here at Utah State that will not change,” he said.

Senior offensive lineman Jarom Ioane, who missed last season due to injury, said the first game will be a “big moment” to see how the hard offseason work pays off.

“Our backs are against the wall,” he said. “They pitted us to be last in our division in the Mountain West, so we have a lot to prove.” 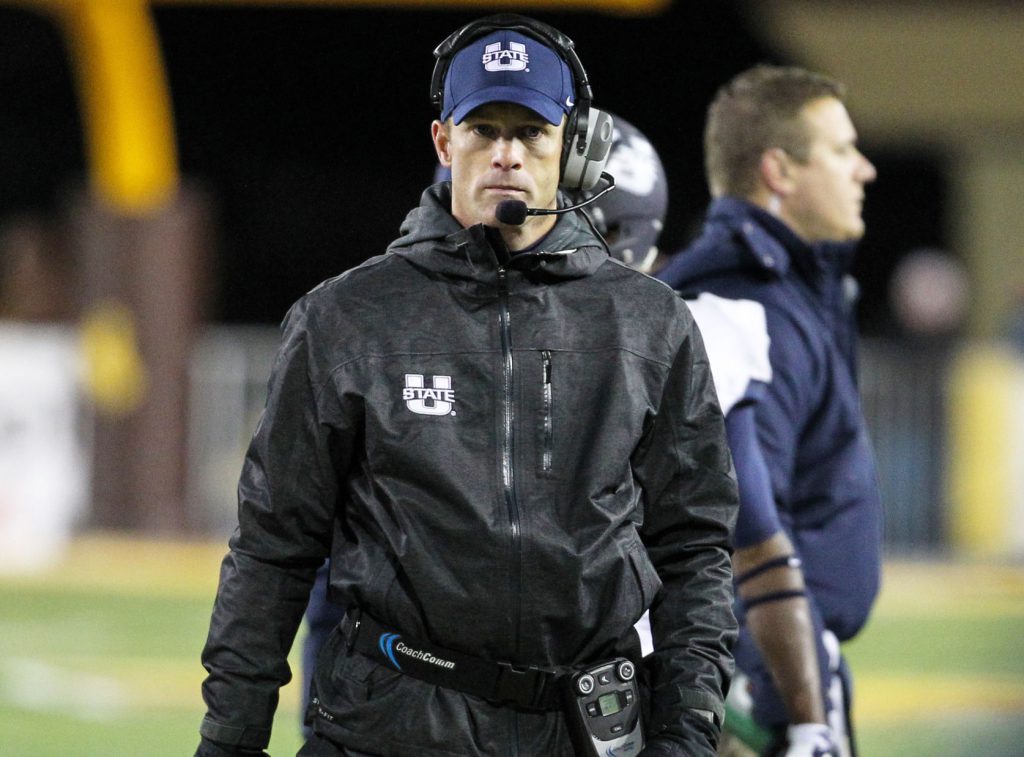