Utah Governor Gary Herbert got emotional when he addressed a gymnasium full of new teachers for the Logan City School District on Tuesday.

“You are significant heroes,” he exclaimed. “We hear about super heroes and we see them in the movies all the time. Not all super heroes wear a cape.”

Then after a long pause which he used to collect himself, he continued.

“Some have a teaching certificate.”

Herbert thanked the teachers for their desire to enter a field that can often be thankless, rife with challenges, and yet incredibly influential.

“To have a successful education system the number one most important ingredient is good teachers.”

He told the newly-minted educators that he hopes those in elected office appreciate the role teachers play and do their best to help teachers magnify their roles as teachers. He also said he hopes legislators make sure to give teachers the best tools, which don’t always include money. That could include praise, resources, an attitude of gratitude and working to recruit new teachers to prevent any teacher shortages.

“We’ve set a goal of $1 billion of new money for public education over a four-year period of time. We are on track to beat that goal,” Herbert exclaimed. “I expect to meet and exceed that goal.

“We are working on tax reform issues to see if we can increase the revenue stream so you can have the necessary resources to be effective, to attract new people, retain the best and the brightest in the profession.”

Herbert did not come alone. He brought with him former Logan City Councilwoman Tami Pyfer who has been the governor’s education advisor for the last several years. He also brought with him state legislators, including State Senator Jerry Stevenson, R-District 21, State Representative Justin Fawson, R-District 7, and local State Representative Ed Redd, R-District 4. Each addressed the teachers to thank them for their service and offer words of advice.

Rep. Redd, who is also a medical doctor, said 1 out of every 10 children have had four to five traumatic experiences before kindergarten. That usually causes them to have a difficult time managing their emotions. He asked the teachers to help children like that become resilient.

“The one thing that can help kids develop resilience is a stable, adult figure in their life,” Redd instructed. “Sometimes that may be a parent, maybe a grandparent. Oftentimes it’s a school teacher.

“If there is one thing you can do, instead of being frustrated with those kids that sometimes cause problems in your classroom, try to ask yourself how you can help this child develop resilience to the really bad things that have happened in his or her life.”

The governor provided an opportunity for the teachers to ask him questions, which included questions about potential cutbacks in the arts at middle schools, closing the achievement gap, and how to retain teachers and take advantage of their wealth of life experience.

Pyfer helped clarify some misunderstandings and the governor shared the challenge he has set for public education in the state of Utah. He said the state is within striking distance of being in the top 10 nationally for its education system, and believes that with everyone working together it can be achieved.

“We are, in fact, on the trend to become the best. We have set a challenge for us, which you are a part, to be the best performing education system in America today based on student achievement,” Herbert declared. “And I believe we can do it. Just like we’ve become the most economically sound, diverse economy in America today, we can do the same thing with education.”

After visiting with the teachers at Bridger Elementary, the governor toured the major renovations that have taken place at Logan High School and how they have incorporated their alternative high school into the main school’s campus. He also toured Bridgerland Technical College’s robotics lab, which is a collaboration between Box Elder schools, BTC, Utah State University and three other school districts. 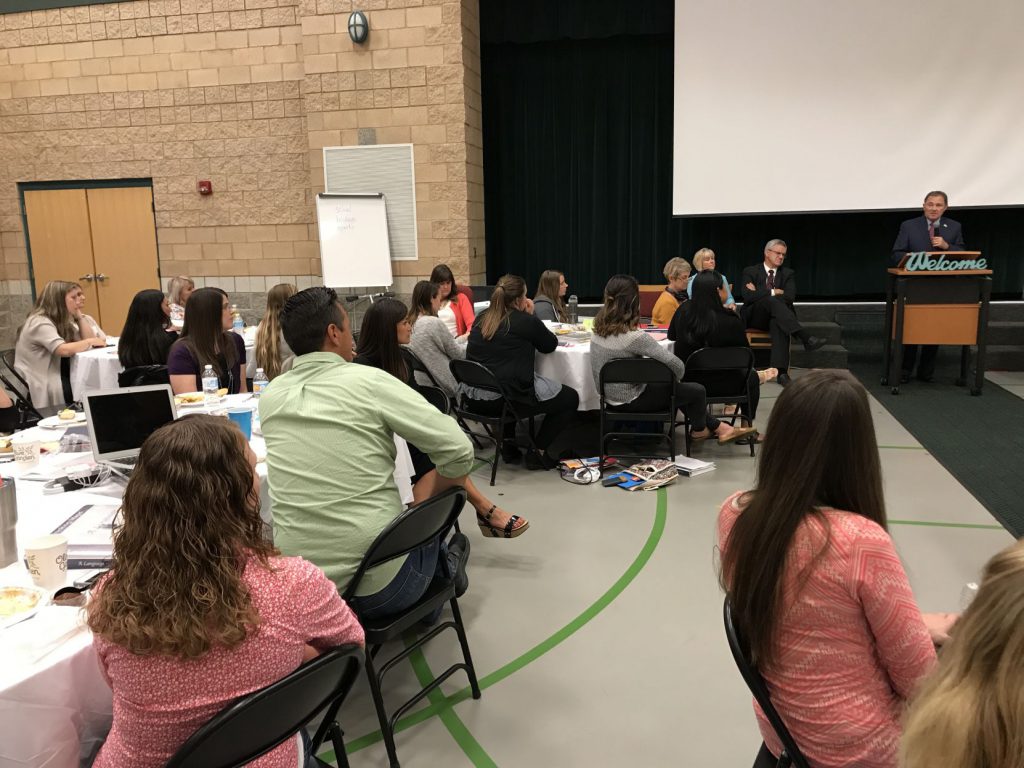 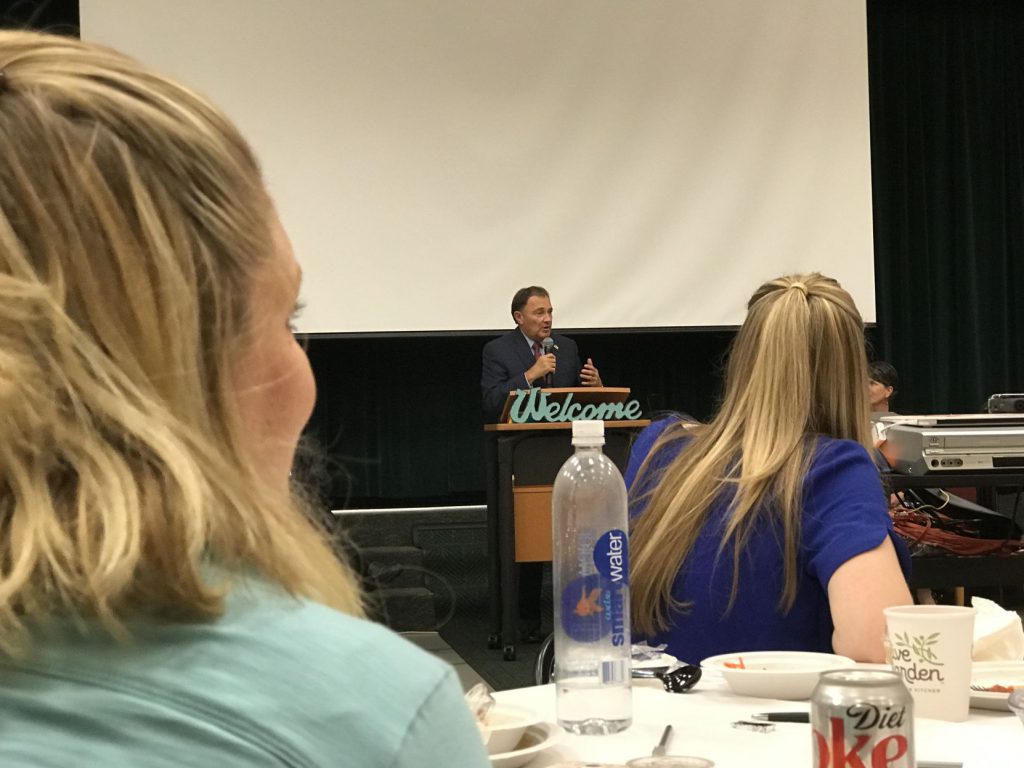 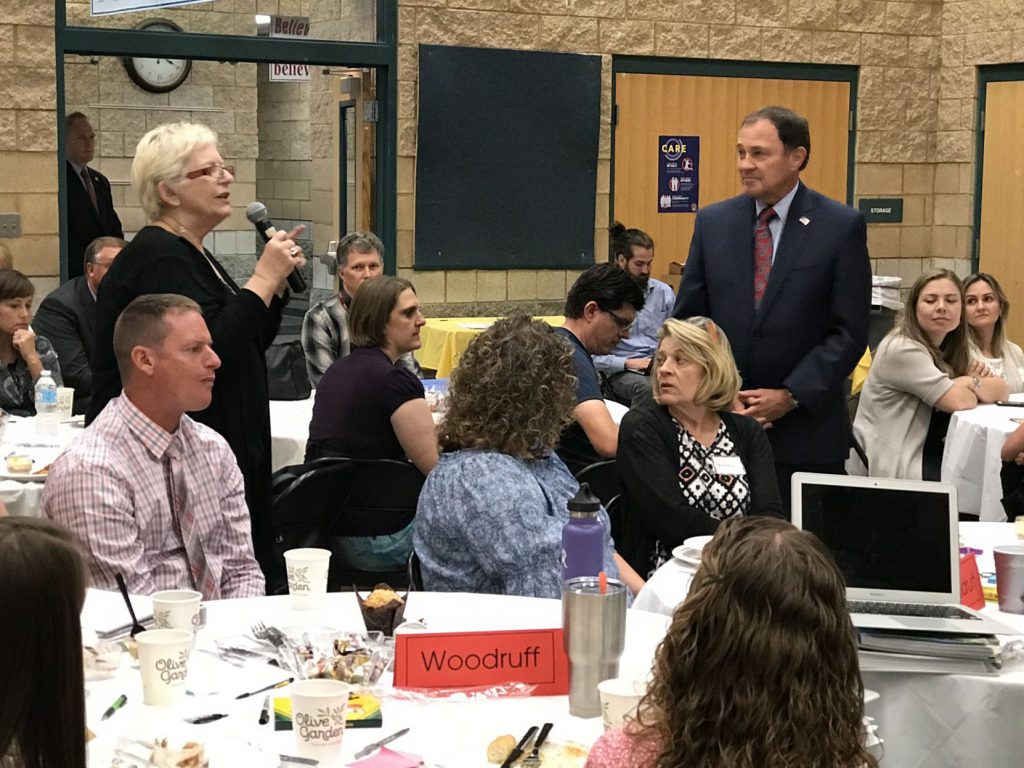 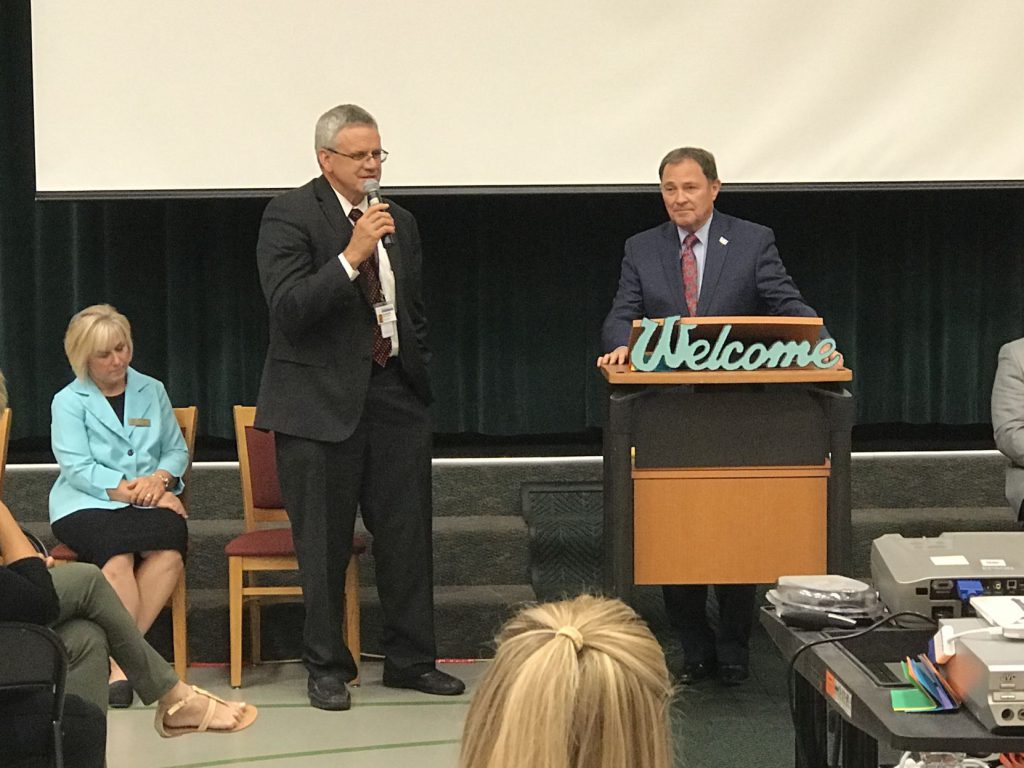