It was a party at Layton High on Friday night. The Lancers were unveiling a new turf field for the home fans, but the celebration lasted three plays into the game.

The Bees took the opening kickoff, ran a play, and then Jeremy Kaleikini threw a perfect 70-yard scoring strike to Conner Stevenson. Less than 15 seconds into the game and the Bees were rolling on the way to a 39-14 win over the Lancers.

Box Elder (1-0) plays at Bear River (1-0) Friday. This is a game that was originally scheduled to be played at Box Elder, but track reconstruction is not done, so the game was moved 18 miles north. The Bears are coming off a 20-10 win over Juan Diego.

At Layton, Kaleikine threw for 272 yards and amassed 88 yards rushing, most of those came on a 67-yard fake punt scramble. Hyrum Blanchard added 37 yards of rushing, while Stevenson had 159 yards receiving, with two scores. Jon Hunt led Layton (0-1) with 114 yards passing, as they now get ready for a match up at Highland High School (0-1) in Salt Lake City on Friday. 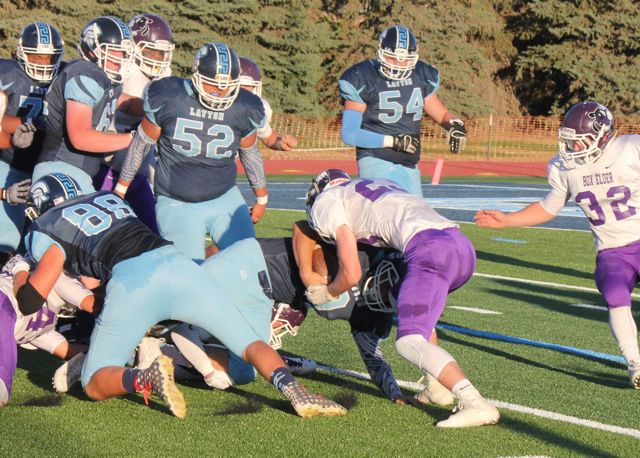