SALT LAKE CITY (AP) — Real Salt Lake forward Ricardo Velazco has been arrested on accusations he had unlawful sexual activity with a minor.

He was subsequently suspended by Major League Soccer.

Authorities say Velazco had sexual intercourse with a 15-year-old girl in May in the Salt Lake City suburb of Draper. He was 23 years old at the time.

Velazco’s attorney, Greg Skordas, said Velazco plans to plead not guilty. He is charged with a third-degree felony.

Velazco had been in contact with prosecutors for several days and turned himself into police on Friday before posting $15,000 bail, Skordas said. Skordas pointed out that Velazco is not accused of any violence in the incident.

Utah law states no female under the age of 16 can legally consent to sex with an adult.

“If there is a lack of consent, age doesn’t matter,” Skordas said. “That’s rape. But if the ‘lack of consent’ is based solely on age, it’s a much lesser crime.”

Major League Soccer has suspended Velazco but did not respond to questions on the length of the suspension or if the player would continue to be paid during the suspension.

“MLS and Real Salt Lake will cooperate fully with the authorities and the League will also conduct its own investigation as more information becomes available,” the league said in a statement.

Real Salt Lake released a statement saying it is cooperating with the league and authorities and will monitor what happens with the case.

“Real Salt Lake will await the outcome of judicial proceedings prior to taking additional action,” the team said.

Skordas said an evidentiary hearing could be scheduled as soon as October. 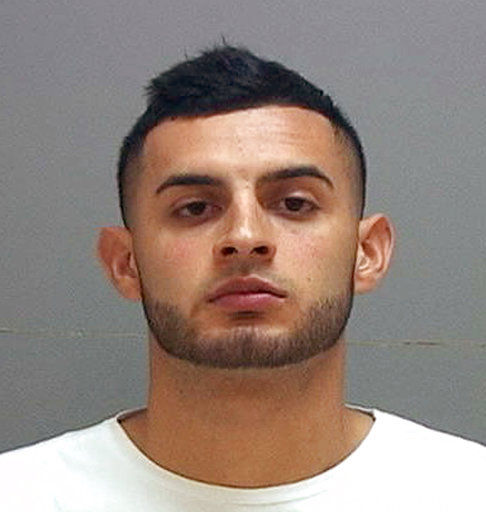 This undated booking photo providewd by the Salt Lake County Sheriff's Office shows Real Salt Lake MLS soccer team forward Ricardo Velazco. Velazco was arrested on accusations he had unlawful sexual activity with a minor. Authorities allege Velazco had sex with a 15-year-old girl in May 2017 in a Salt Lake City suburb when he was 23 years old. He has been suspended by Major League Soccer. (Salt Lake County Sheriff's Office via AP)