Included in this transformation, which was first enacted on the south end of the valley last school year, 6th grade was added to the elementary schools and 9th graders were integrated into the high schools. This left 7th and 8th graders to attend a school of their own. “This year with the opening of Green Canyon High School, we completed the transformation by doing the same on the north end,” said McRae. The shift required that Cedar Ridge and White Pine 6th and 7th-grade centers be turned into K-6 elementary schools.

Reformatting Cache Valley schools not only affected students. Teachers and staff were shuffled through these changes as well. McRae said, “Probably about 65 percent of our teachers experienced either a change in location or a change of assignment.” The changes didn’t require the district to hire many new teachers. Instead, it had to hire essential support staff including custodians, secretaries, administrators and counselors. “Overall, from a support staff stand point, we have probably seen a 10 percent increase,” McRae said.

The growing population of Cache Valley forced the changes. McRae estimates that the district has added more than 700 new students over the past two years. Ridgeline High School was built to accommodate 1,640 students. During its inaugural year, 1,463 were enrolled. Now in its second year of operation, there are about 1,520 attending, which is nearly 93 percent capacity. McRae said that Ridgeline has experienced the most growth of all the district’s schools. Because of the rapid growth they already have plans in place to add onto the school when it becomes needed.

A $129 million bond enabled the construction of the high schools. The bond was voted on nearly four years ago and passed by a margin of 184 votes. While the bond didn’t pass with overwhelming support, McRae said the community has been supportive through the construction and transition process over the last few years. “Public education is a community responsibility,” he said, “Look at the way we used that tax payer money. Look at the economy and durability of the projects we have built. We build buildings to not to last for 20 years, but for 50 to 100 years.” 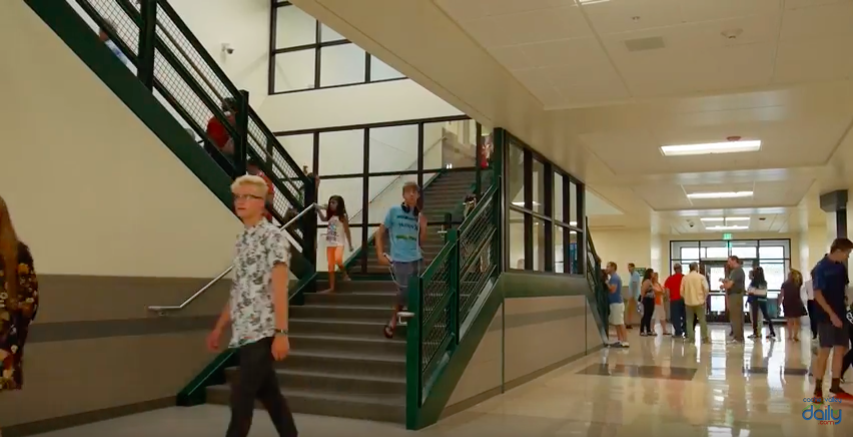