<em>“Well, what am I supposed to do? You won’t answer my calls, you change your number. I mean, I’m not gonna be ignored, Dan!”</em>

I saw the film “Fatal Attraction” on a windy Saturday afternoon while on a date. I was a senior in high school and she was a sophomore at Swarthmore College. After a less than appetizing lunch we went to one of the historically opulent movie theatres in Center City Philadelphia that are now nothing but a memory. The film was her idea.

As the film went on, I felt an overwhelming terror course through my being as the events on screen unfolded in front of my squeamish, squirming and squinting eyes. As the final credits rolled, I sat there with my mouth agape. I was utterly speechless. After close to two hours of silence from my date, she finally spoke. “That was a great film,” said exclaimed.

There would not be a second date.

For the sake of brevity, all references to “Fatal Attraction” in this column will go by its’ initials, FA. And the following synopsis of the film will contain no spoilers. Those come later. You shall be appropriately alerted.

The film stars Michael Douglas and Glenn Close. Douglas plays Dan Gallagher, a lawyer with a beautiful wife and an all-too-cute 6-year-old daughter. Close plays Alex Forrest, a book editor who flirts with Gallagher after a work meeting. With his wife and daughter visiting relatives, Gallagher jumps head first into a weekend soiree of sex, wine and opera with Forrest.

When Gallagher tries to cut off the relationship, Forrest cuts her wrists. When he successfully saves her life, he thinks he is free and clear. Wrong!

The film’s unnervingly methodical tempo shows Forrest’s continuously desperate attempts to keep Gallagher in her life. Eventually, her obsessiveness turns to madness, and to an ending that was and still is highly controversial.

To give you an understanding of how this film about infidelity was received, consider that FA was released on the same day as “Hellraiser”, a film about the portal to a sadomasochistic underworld being opened. Compared to FA, “Hellraiser” comes off as a romantic comedy.

Then as is now, movies released in September are not supposed to be remembered. September is too late for a flick to be a summer blockbuster, and is too early for expected Oscar contenders. FA defied both of these September stigmas. It was the highest grossing film worldwide for 1987 and garnered six Academy Award nominations; most famously, for Glenn Close’s terrifying performance. It was not only an American phenomenon for its chilling portrayal of an affair gone terribly wrong, but it also initiated conversations about monogamy, marital fidelity, misogyny, mental illness and the portrayal of women in film.

The lede quote atop this column has become a standard punchline for a couple in a faux fight. The term “fatal attraction” is now eponymous for an extramarital affair that leads to a murder. The image of Glenn Close sitting on a floor flicking a lamp on and off has been the focus of many a Facebook meme and gif. And a sexist, alliterative two word term for a woman who is obsessed with a former lover is a colloquialism cemented in the American lexicon.

I will share that term, but first cue the SPOILER ALERT in 3…

FA became controversial for more than one reason. Many prominent feminists at the time this film was released took umbrage with the portrayals of the two lead characters. While Dan Gallagher comes off as a good guy who was lured into a salacious weekend of intense intimacy, Alex Forrest—from her very first appearance on screen—is framed as a woman of suspect sanity.

In 1987, mental illness and homosexuality were still mostly used as a plot device for either a comedic punchline or the impetus for violent behaviors in films. In the case of FA, it was the trigger for psychopathic behavior. Forrest, who becomes pregnant from her tryst with Gallagher, is so frantic to keep Gallagher in her life that she turns to terrorizing his family.

In the past three decades, it has been fashionable for mental health professionals to analyze and prognose Forrest. Most believe her character suffers from Borderline Personality Disorder. In the course of this film, Forrest shows signs of reckless sexual behavior, attachment to unavailable lovers, intense feelings of hatred and devotion to the person she is obsessed with, suicidal gestures, self-mutilation and a complete lack of caring of social mores regarding marriage. These traits are right out of the Borderline 101 textbook.

But in 1987, we did not talk about mental illness as boldly as we do now. Forrest was crazy. She was the film’s antagonist. Her psychosis created drama. Context about why she did what she did was relegated to revenge.

And that is the framing for the last half an hour of the film. Forrest goes after Gallagher’s family. She breaks into the Gallagher abode and places the daughter’s pet bunny in a pot of boiling water; thus, “bunny boiler”. She then picks up the Gallagher’s daughter from school and treats her to a day at an amusement park. And in the film’s climatic scene, Forrest attacks Gallagher’s wife, leading to him submerging Forrest in a tub of water.

In a scene lifted straight out the “Friday the 13th” films, Forrest lunges up from her watery grave, only to be shot to death by Gallagher’s wife. We are supposed to cheer this. A woman with a crippling mental disorder who is carrying a child is shot to death, and we are meant to slap the “happy ending” label on this movie.

Three decades after its’ release FA is still relevant. The themes about infidelity, mental illness and the double standard of sexism in film are worthy of conversation. As art, this movie still packs a wallop. As with Shakespeare, every generation should watch this film and define its’ meaning based on the times in which the viewer lives.

“Fatal Attraction” should never be, dare I say, ignored. 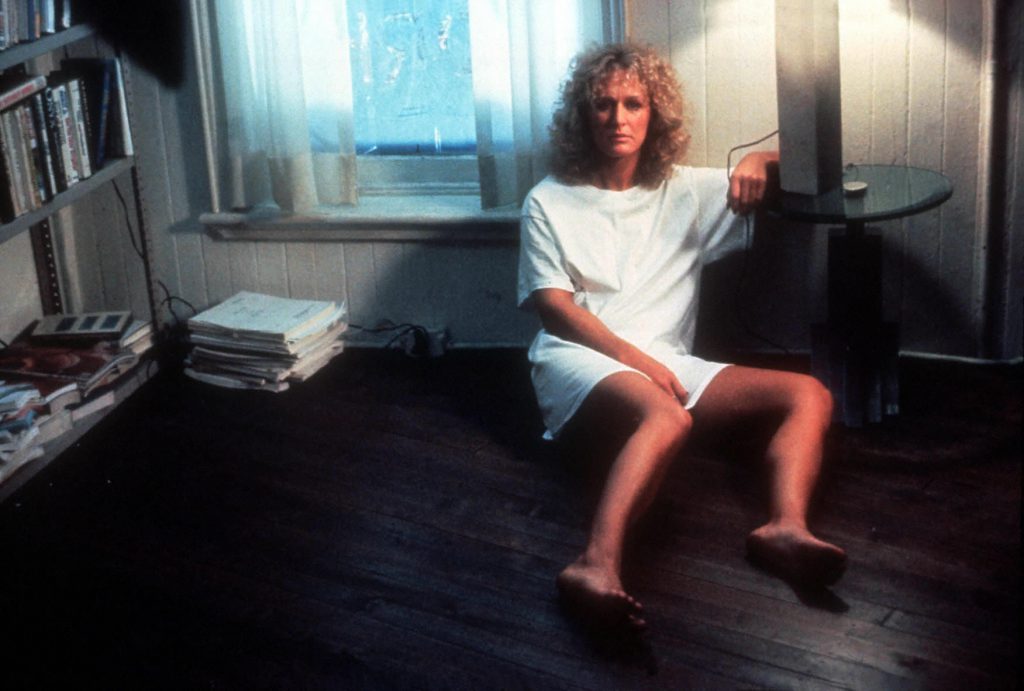