WELLSVILLE – Many are expected to gather outside the Wellsville City Offices for a “Rally Against Racism, Ignorance, and False History”. The rally comes after public outcry largely sparked by <a href=”http://www.sltrib.com/news/2017/09/06/gehrke-historically-inaccurate-and-wildly-offensive-a-utah-town-should-end-its-annual-sham-battle-between-cowboys-and-indians/” target=”_blank”>a column written by The Salt Lake Tribune’s Robert Gehrke</a>, in which Gehrke calls for an end to one of the city’s Founder’s Day traditions: the Sham Battle.

The annual Wellsville tradition features a narrated scene played out by locals dressed as early settlers and Native Americans. It depicts the struggles and perseverance of the community’s founders and ends with gunshots between the two groups and the burning of a structure.

Lucero told Jason Williams on KVNU’s For The People program Monday afternoon that people have been upset about the portrayal for years, but that Gehrke’s column provided a stage for people to talk about it.

In his column, Gehrke argues that the events depicted in the sham battle are historically inaccurate and that the Bear River Massacre is portrayed as a triumphant victory, when in fact it was a massive slaughtering of hundreds of Shoshones near Preston, Idaho by US soldiers from Fort Douglas.

“We’re thankful for the work that Robert Gehrke did, bringing this to light to a large audience,” Lucero said. “Sometimes that is what it takes to get people to look deeper at an issue like this, something that has sort of been on automatic pilot for years.”

The rally is sponsored by UtePAC, and is scheduled to take place from 5 p.m. to 7 p.m. on Sept. 20 in front of the Wellsville City Offices. Lucero said the purpose of the rally is to show that there is deep opposition to the portrayal and that there are many in the community who don’t agree with it.

“I don’t think these are bad people in Wellsville,” Lucero said. “I don’t think this is the same thing at Charlottesville, for example. These people aren’t out there with Tiki Torches talking about Indians, but they do need to know redface is not OK. Historical inaccuracies are not OK. It is taken as racism.”

Lucero said others have argued that the sham battle isn’t intended to depict the events of the Bear River Massacre, or that it just imitates the emergency preparedness drills ran by the early Wellsville settlers to prepare for attacks. Lucero still has an issue with it.

“The problem is that its 2017,” Lucero said, “and you have white men on horseback, white people on horseback, with red paint all over their torsos and faces, whooping and hollering etcetera, and this is just a very racist portrayal of Native Americans and a one-sided portrayal of everything.” 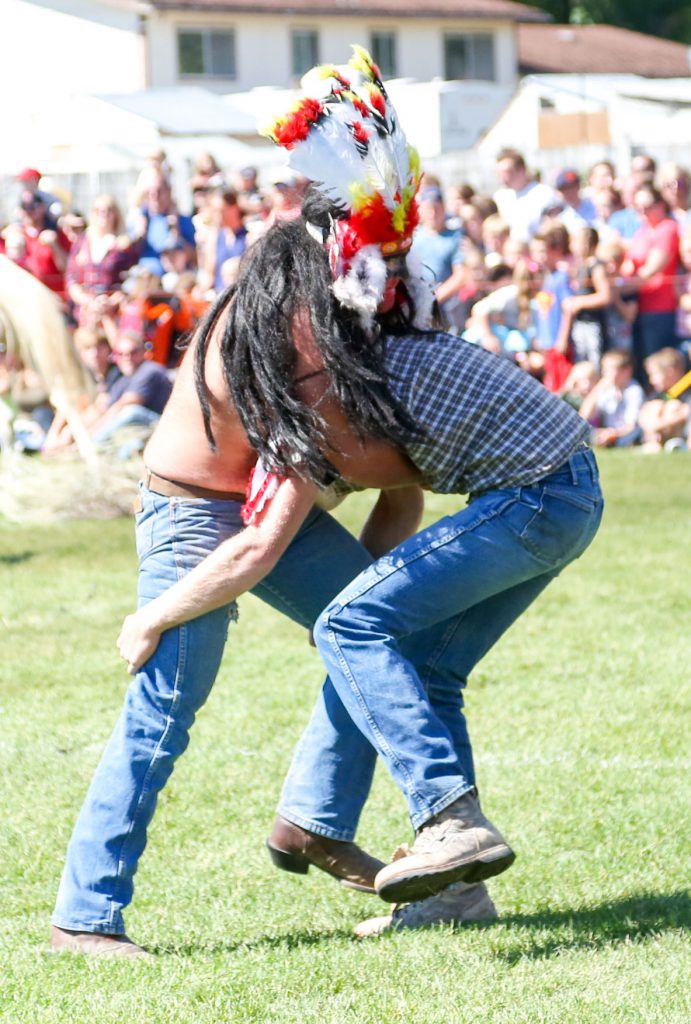