In the wake of a new school year, Logan High School looks extremely different than it used to due to a remodel that has taken several years and is nearing completion. The only remaining construction at the school is a receiving dock and a new parking lot on the west side of the school’s property.

“It was a phased rebuild,” said Frank Schofield, Superintendent of Logan School District. “The entire school was rebuilt other than the south wing.” Logan High is one of three projects that the district has on its construction agenda.

According to Schofield, “if we release the bond too quickly that causes a significant bump to everyone’s local taxes. When we have a bond we need to phase the issuance of the bonds out over six or seven years so we don’t cause too much of a dramatic increase in everyone’s taxes.” With the high school nearing completion, Logan School District anticipates requesting proposals from architects soon. After designs are selected they will pick a contractor.

In the case of the Cache County School District, bonds were approved to build two new high schools and make improvements to existing schools in order to accommodate a growing population and rising enrollment. However, Logan School District has recently seen a decline in enrollment. Scofield said, “last year we saw a shift in our enrollment, we saw quite a drop. For the first time we are seeing those declines in our elementary grades.”

Schofield attributes the changes to the “aging out” of Logan’s neighborhoods, predominantly neighborhoods on the east side. “There are fewer elementary age students living in those neighborhoods,” he said.

With a drop in enrollment in Logan elementary schools, Schofield said he doesn’t anticipate a drop in high school enrollment when these children become high school age. One reason he isn’t worried is because of new construction that is planned to take place in Logan that will bring in more students.

“As we continue to build programs that are unique to Logan School District,” Schofield continued, “there will be some students that will be attracted to those programs and want to participate in them.” Schofield said that they anticipate enrollment in Logan schools to stay “pretty consistent over the next few years” due to “pockets of high enrollment” across the district.

“Our goal as a district is to maintain the best facilities that we can to provide a comfortable and safe learning environment for our students,” Schofield said. Every school operating within the Logan School District has air conditioning, including Ellis Elementary, which is the oldest operating elementary school in Utah.

According to Schofield, all schools are also up to safety standards. Even with the challenges older buildings bring, he said that the school board has been consistent on providing good learning environments for students and good teaching environments for teachers without “financially over burdening the community.” 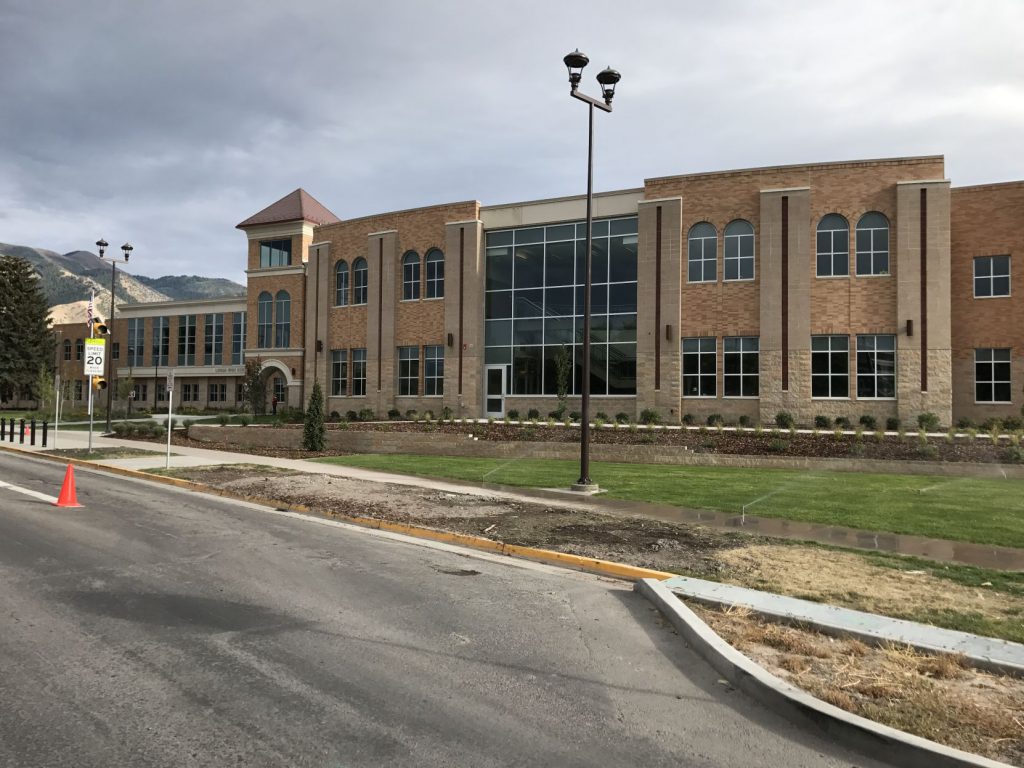