LOGAN — Utah Highway Patrol troopers believe a three-vehicle accident Thursday afternoon was caused when a man ran a red light. The crash occurred around 12:15 p.m. at the intersection of 1200 S and SR-165.

Lt. Lee Perry said the 25-year-old man was driving a Toyota Corolla eastbound on 1200 S., when he ran the light and smashed into the side of a Nissan Pathfinder. The SUV spun around, hit a silver Pontiac Grand Am and then flipped onto its roof. The Pontiac veered to the east, hitting a power box for the traffic lights at the intersection.

Surveillance video from a nearby business showed the Toyota running the red light and striking the Nissan that had the right of way.

Troopers said the 25-year-old driver of the Toyota was not injured. He was issued a citation for the red light violation. An investigation showed he was not using his cell phone at the time of the crash.

The accident knocked out power to the traffic lights. UDOT hooked up a generator to keep the lights working, while Rocky Mountain Power crews restored power to the light pole. 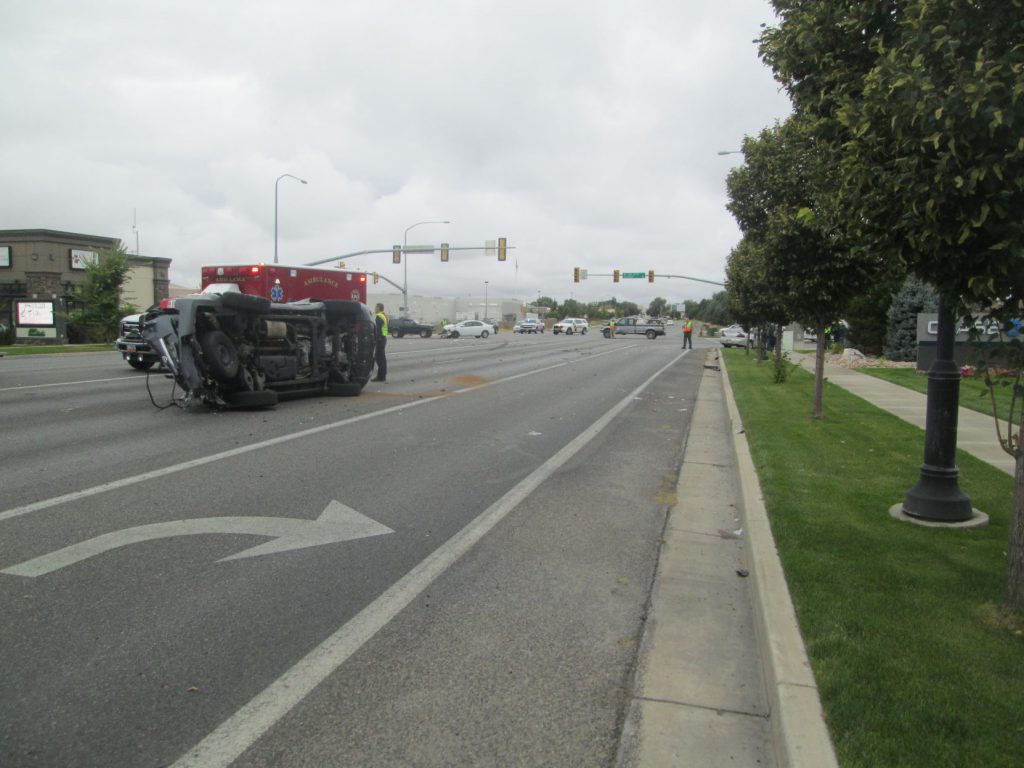