LOGAN, Utah – Back at home for the first time in a month, Utah State soccer fell to San Diego State, 2-1, in an early match Friday.

The Aggies dominated control early in Friday’s contest, keeping the ball on their half of the field for the majority of the first half. Utah State took three early shots, but each hit a post of the crossbar, narrowly missing the net. Through the first 45 minutes, USU out-shot the Aztecs, 5-1, but neither team had a shot on goal.

As the second half got underway, the momentum and feel of the match shifted, moving to San Diego State’s favor. The Aztecs were first to get on the board, scoring in the 48th minute. After a corner kick, the ball bounced around in the penalty box, touching the feet and heads of players on both teams. Eventually, the ball settled and Mia Root was able to get a foot on it to score.

The ball remained in the Aztecs’ offensive third, where San Diego State continued to control the action. While looking to move a ball out of play, a Utah State defender got a head on the ball and unfortunately sent it into the net to give the Aztecs a second goal in the 53rd minute.

As the match continued, Utah State tried to get possession back in its attacking third. With six minutes left to play, the Aggies were able to get on the board. After moving the ball back down after a South Dakota State shot on goal, senior forward Bailee Hammond crossed a pass across the top of the box. There, freshman midfielder Ashley Cardozo was able to take the shot and evade the shutout.

On the day, San Diego State out-shot the Aggies, 9-7, including a 7-2 on goal advantage. Senior Sara Cobb played the full match in the net, tallying seven saves.

Utah State’s weekend will continue on Sunday, Oct. 1, when the Aggies host New Mexico at 1 p.m. 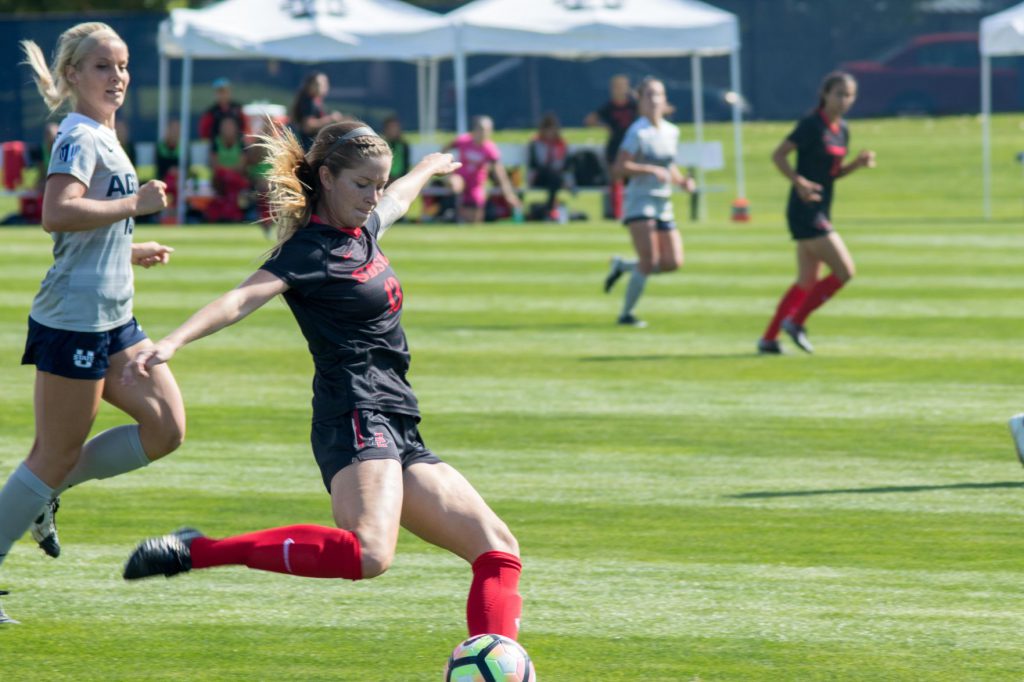 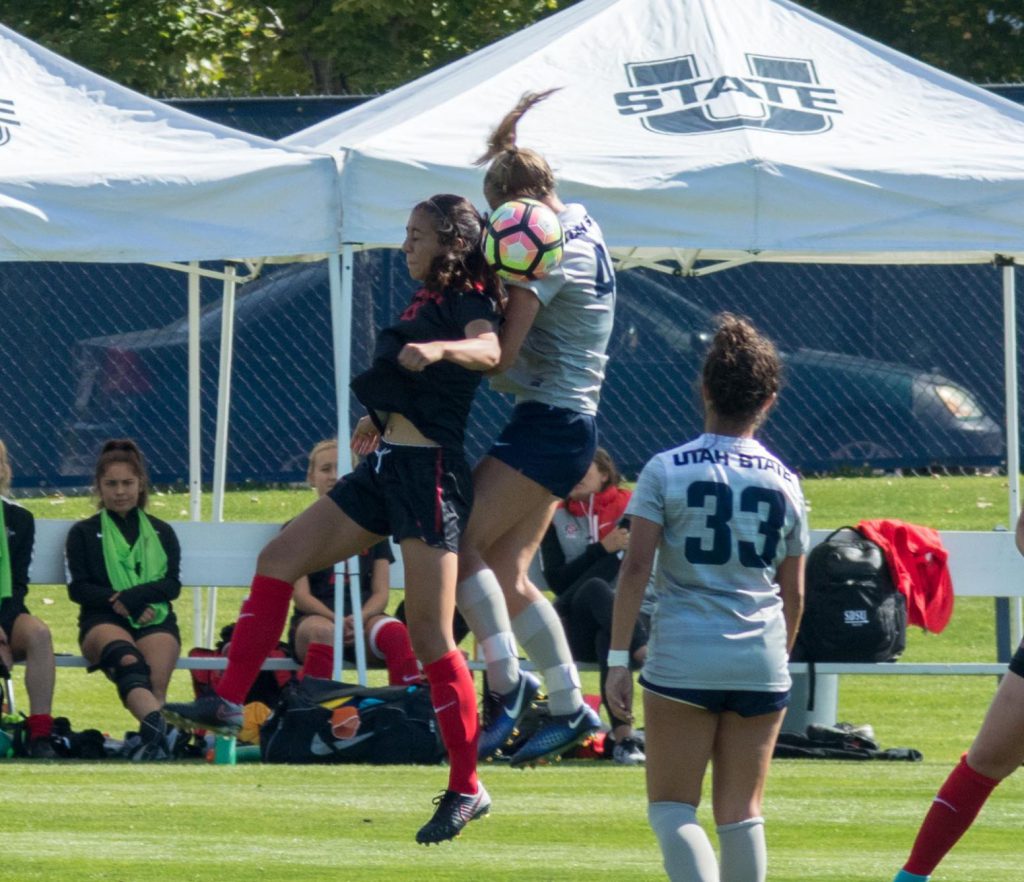 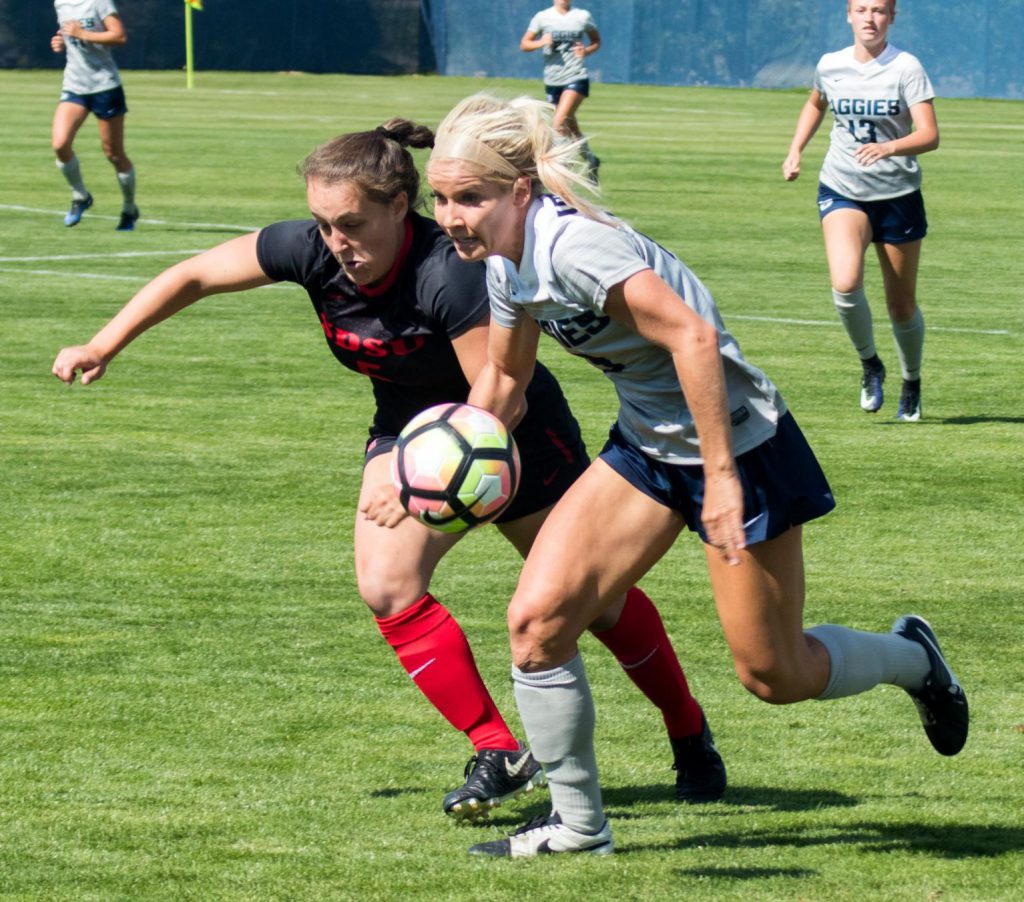 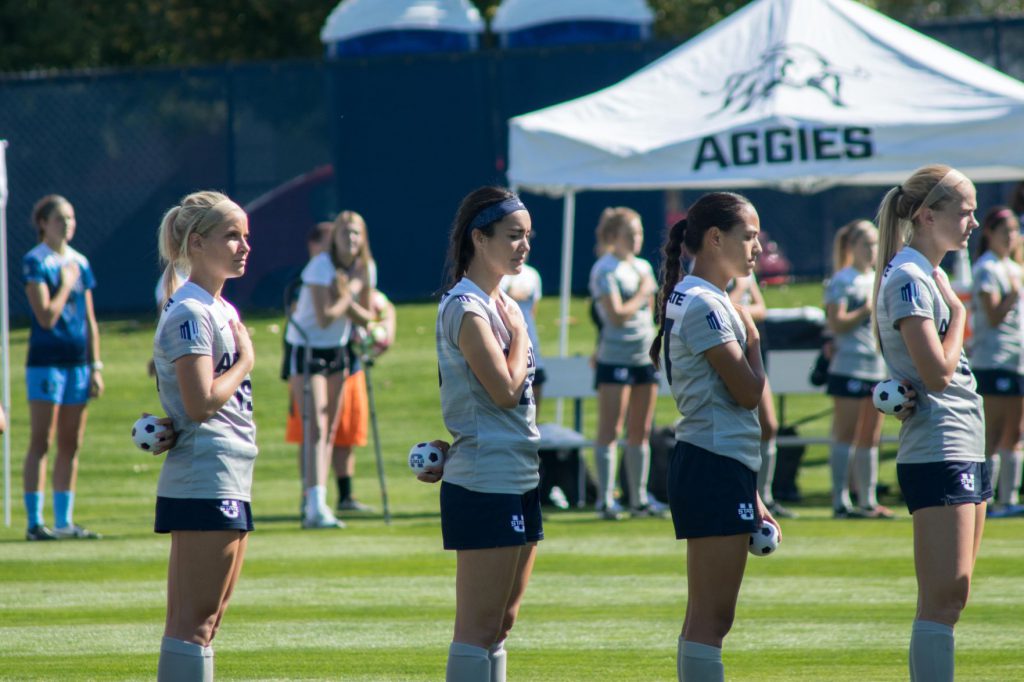 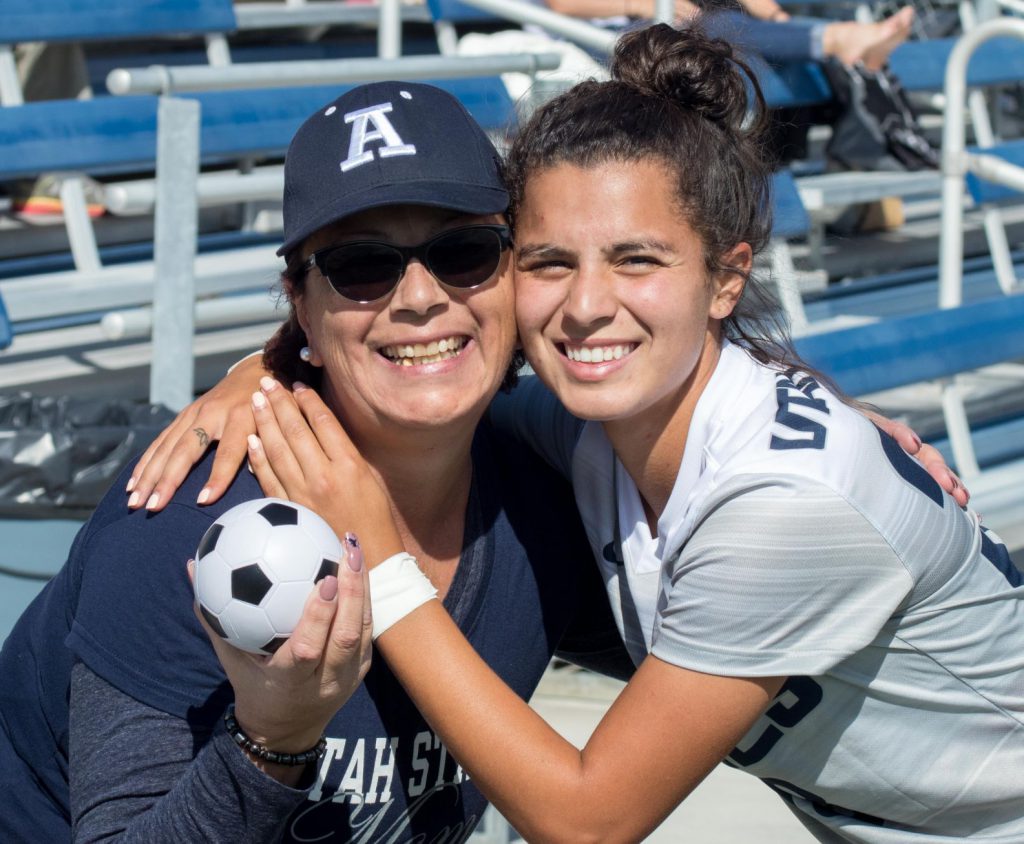 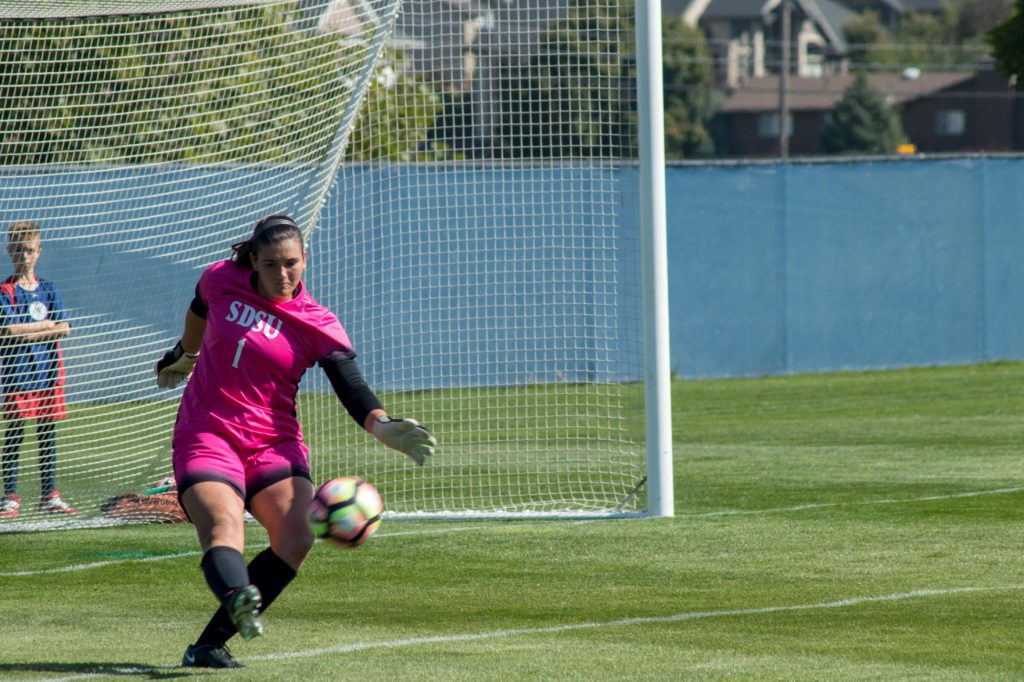 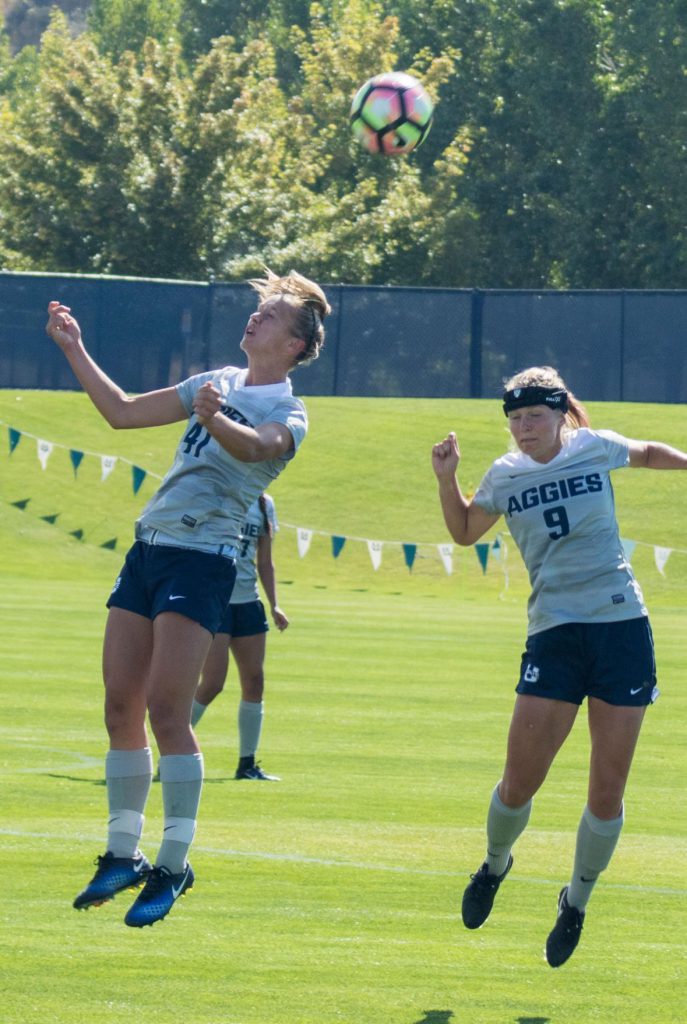 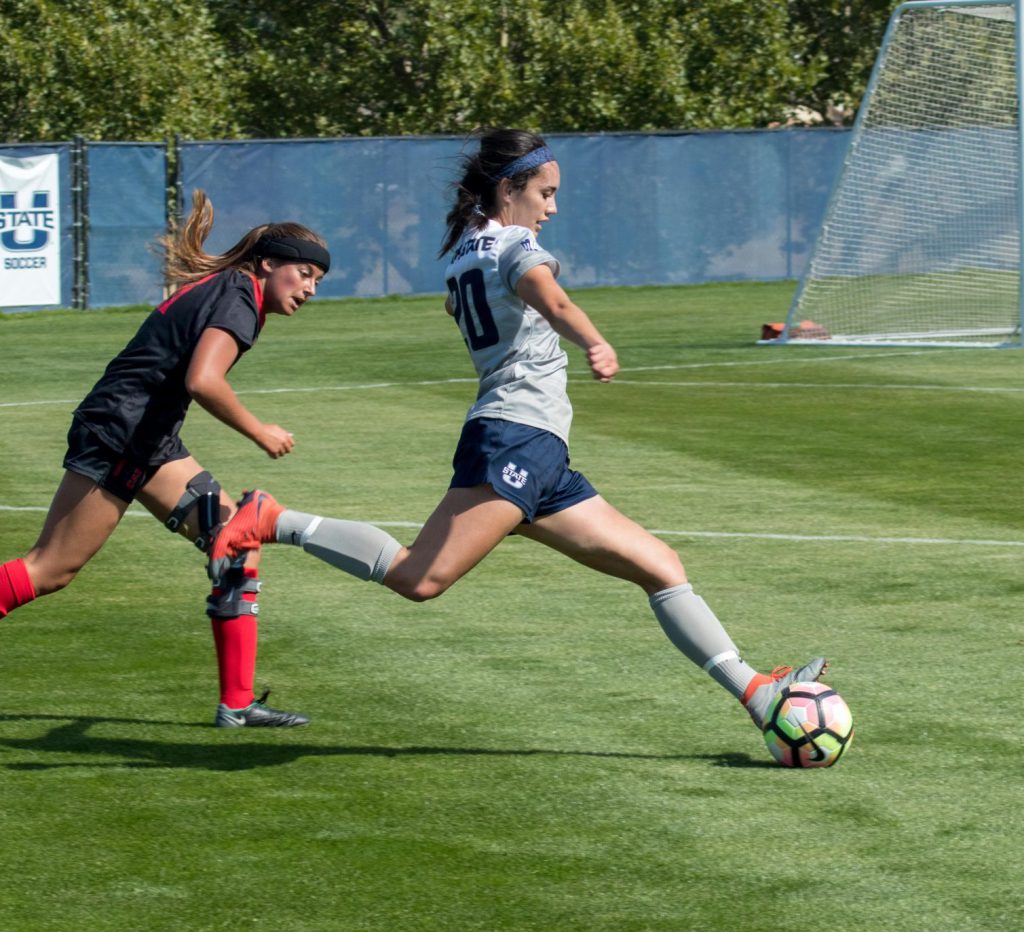 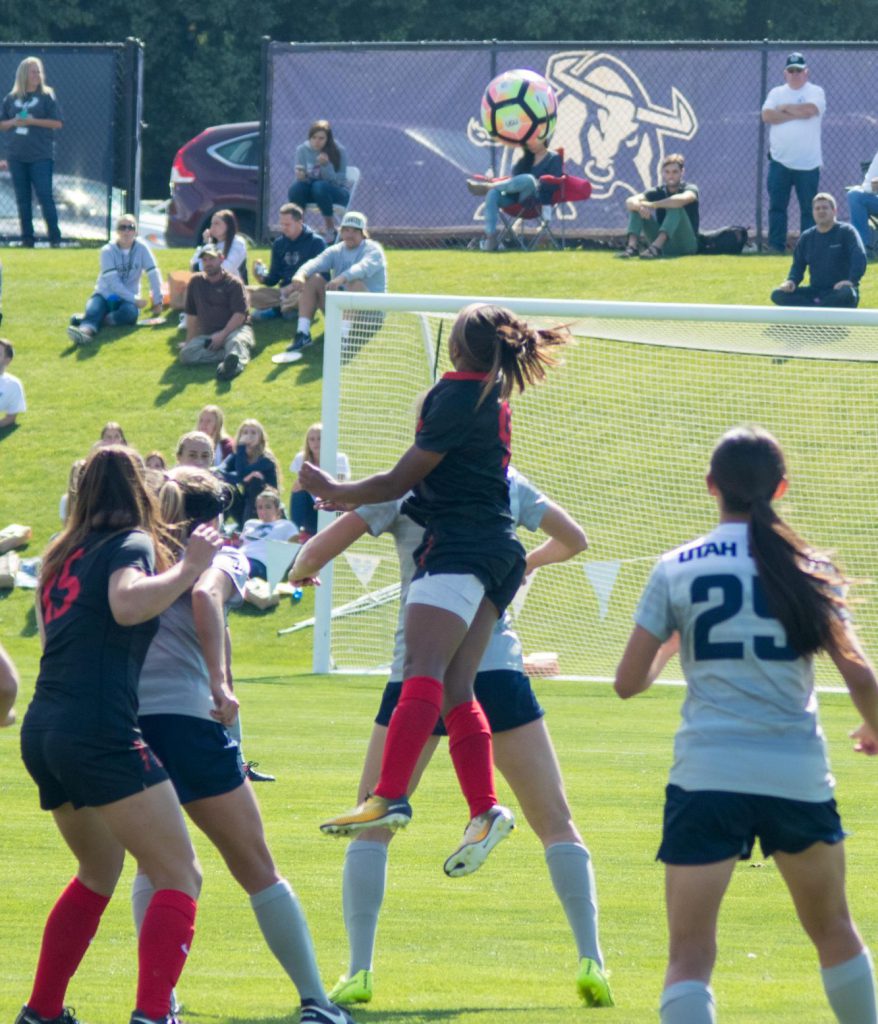 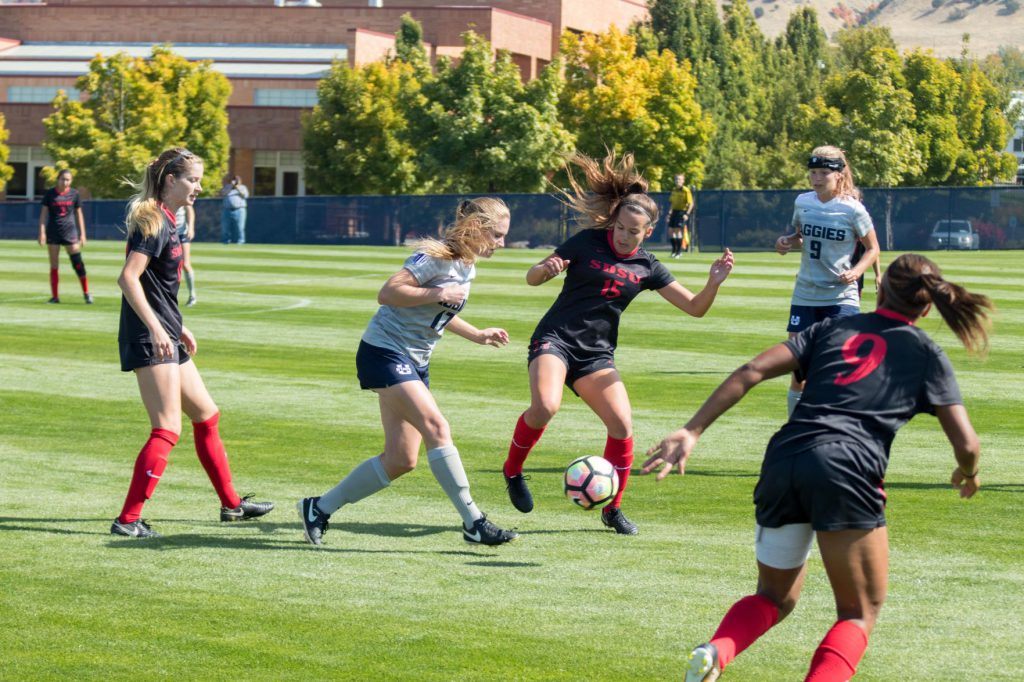 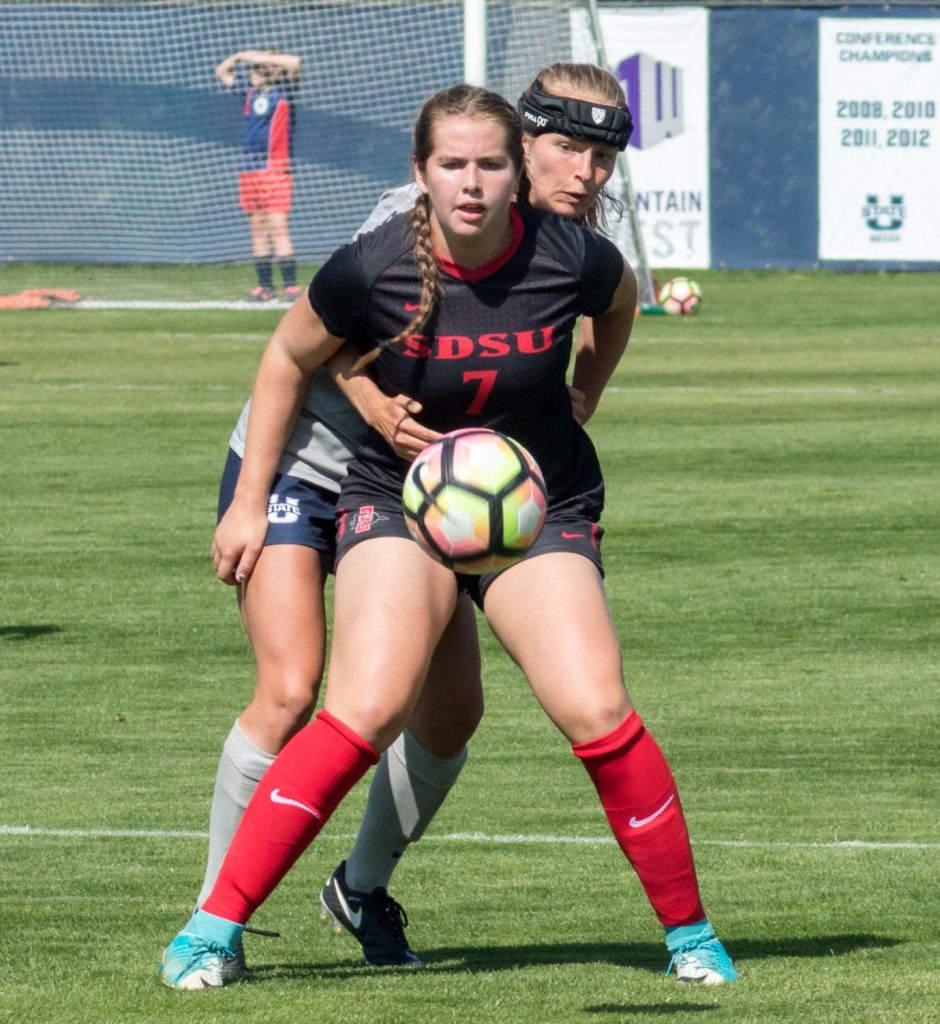 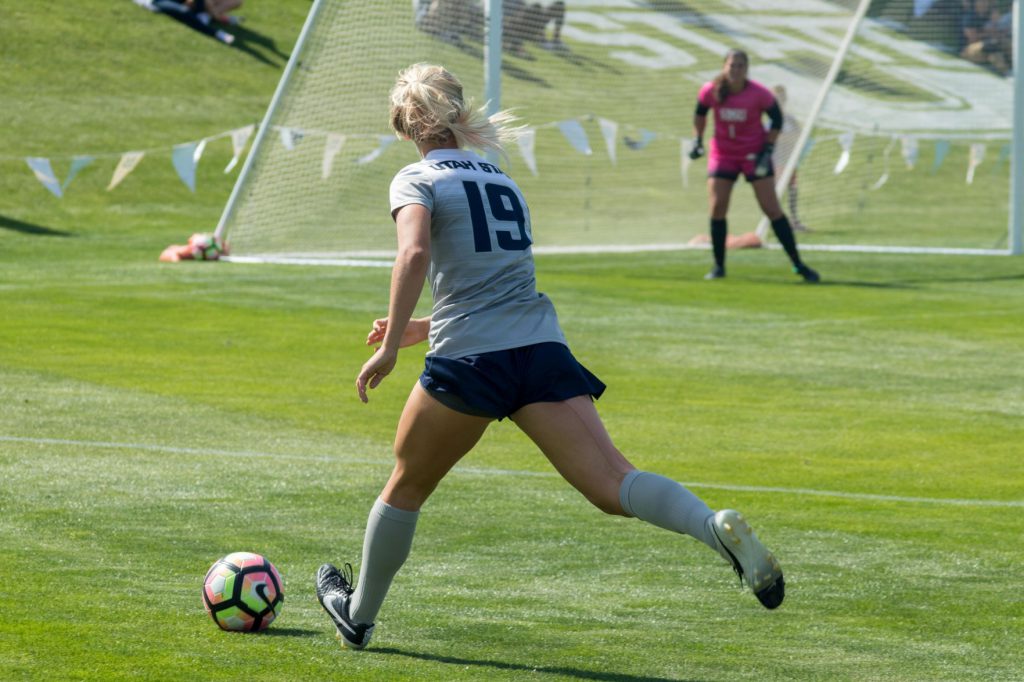 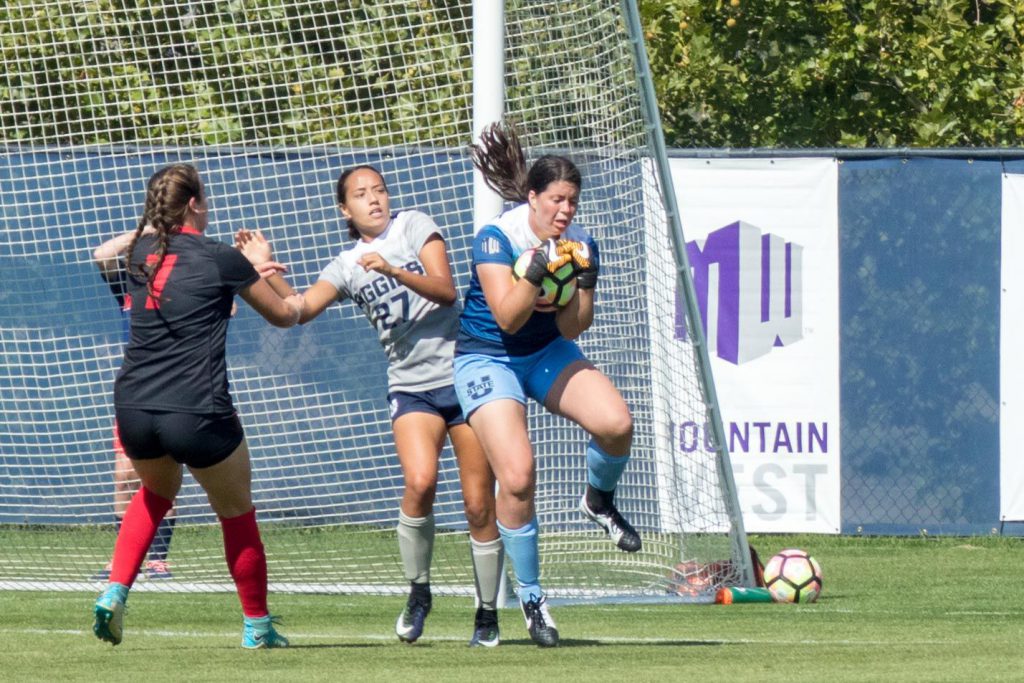 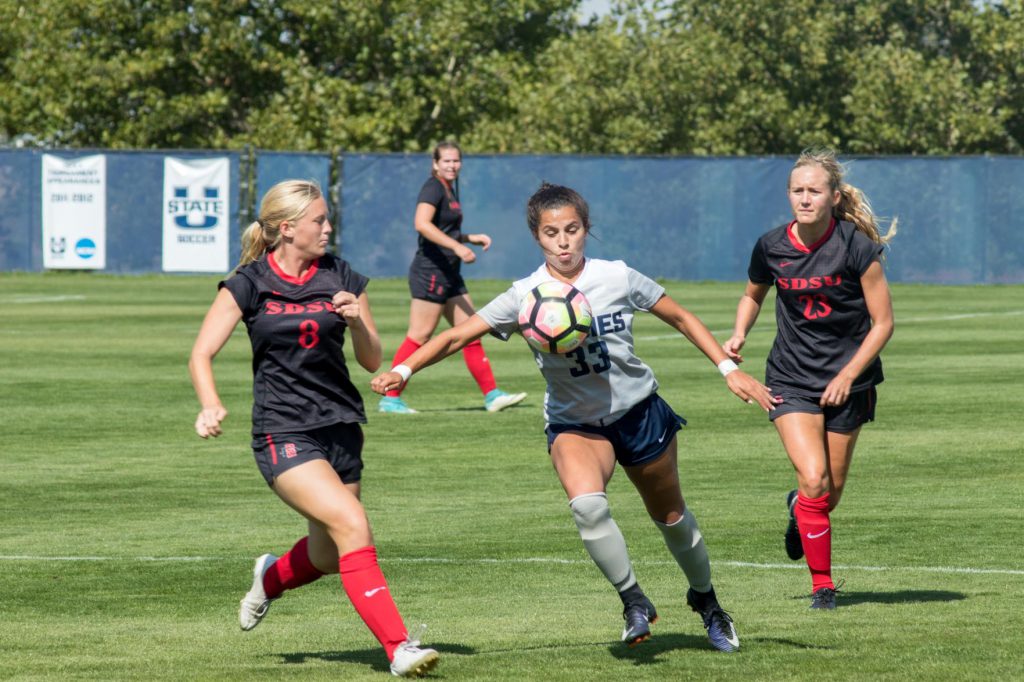 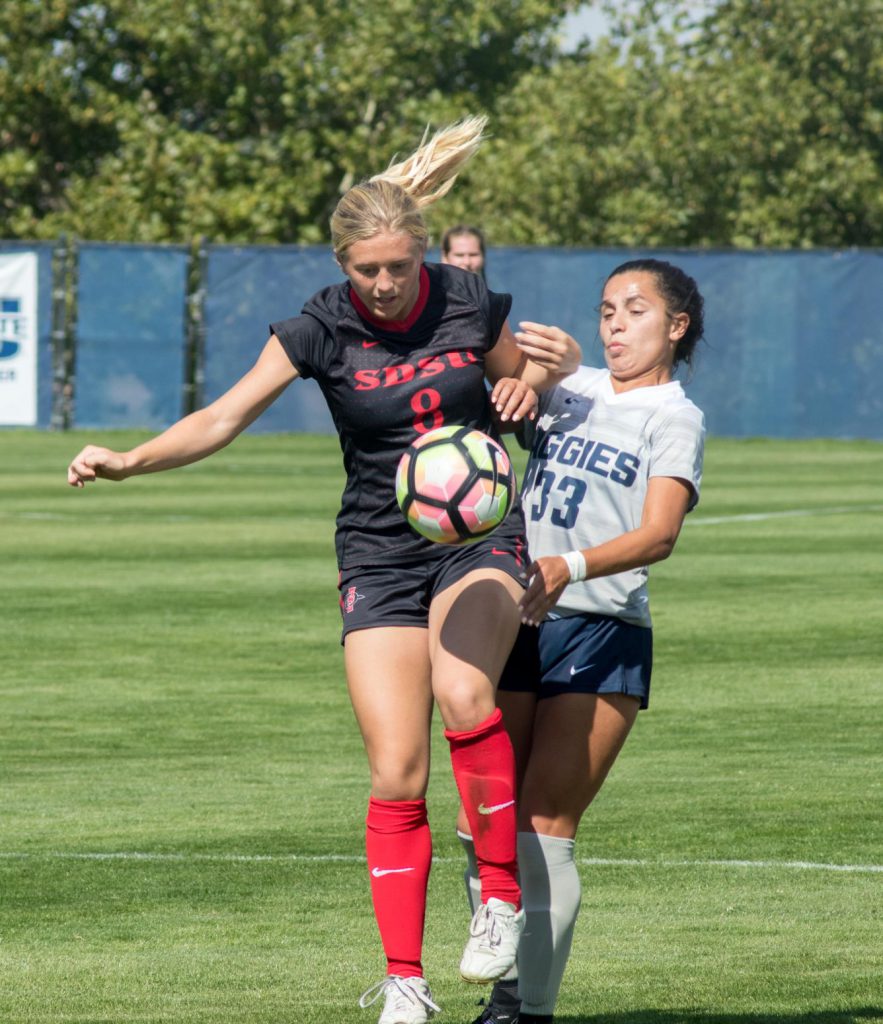 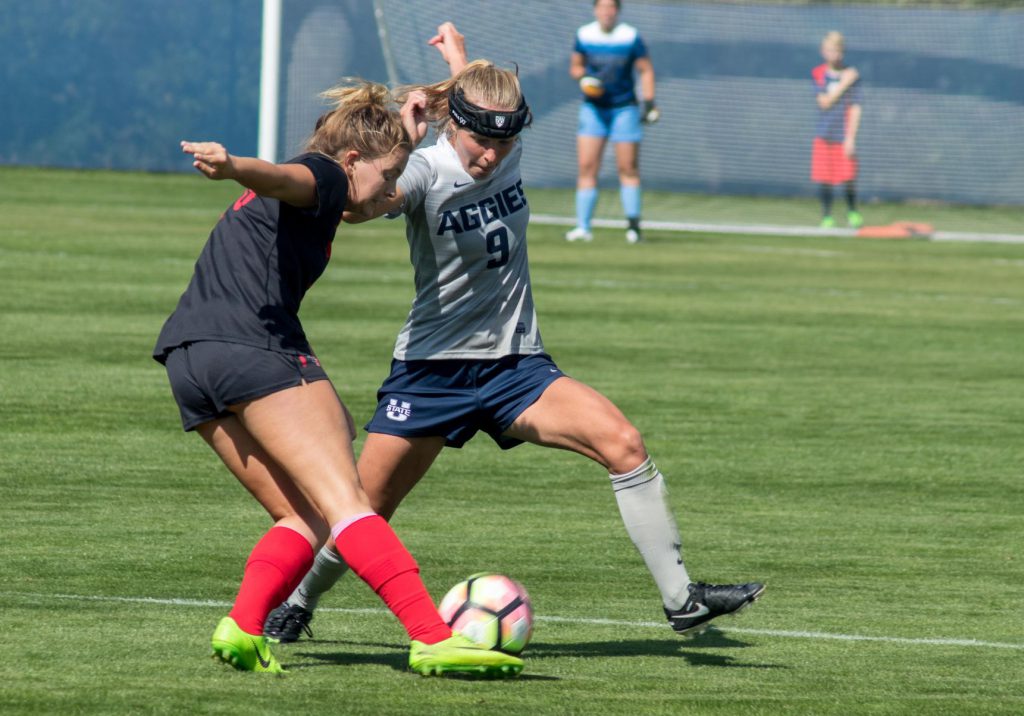 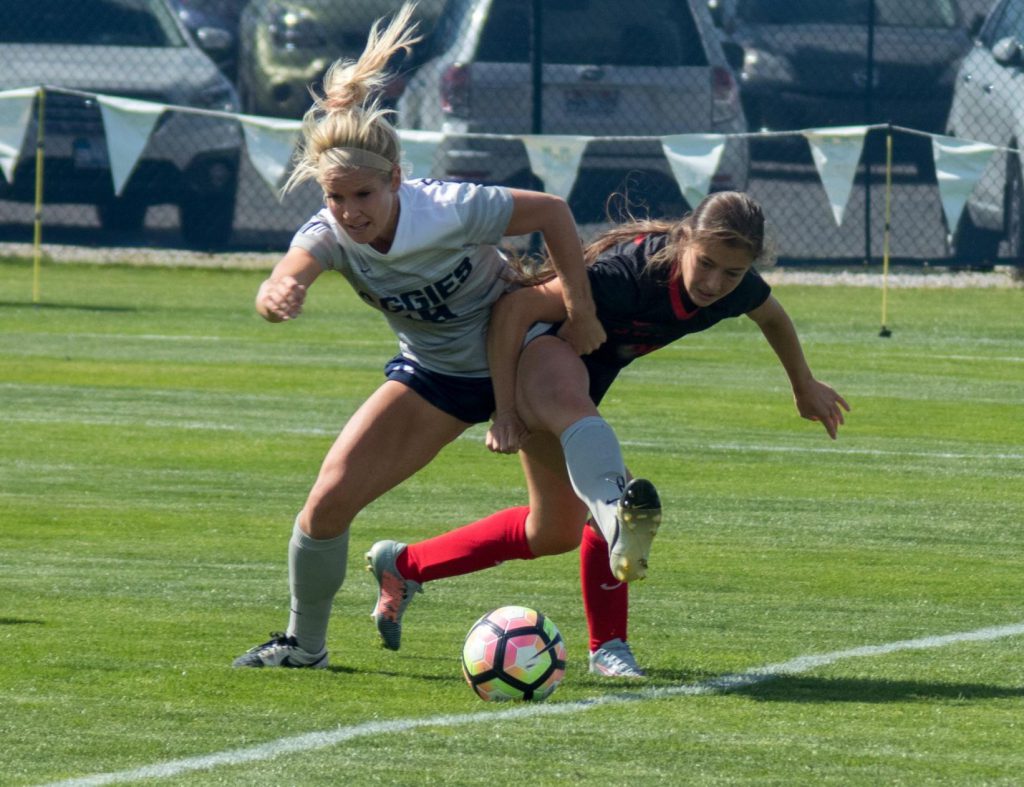 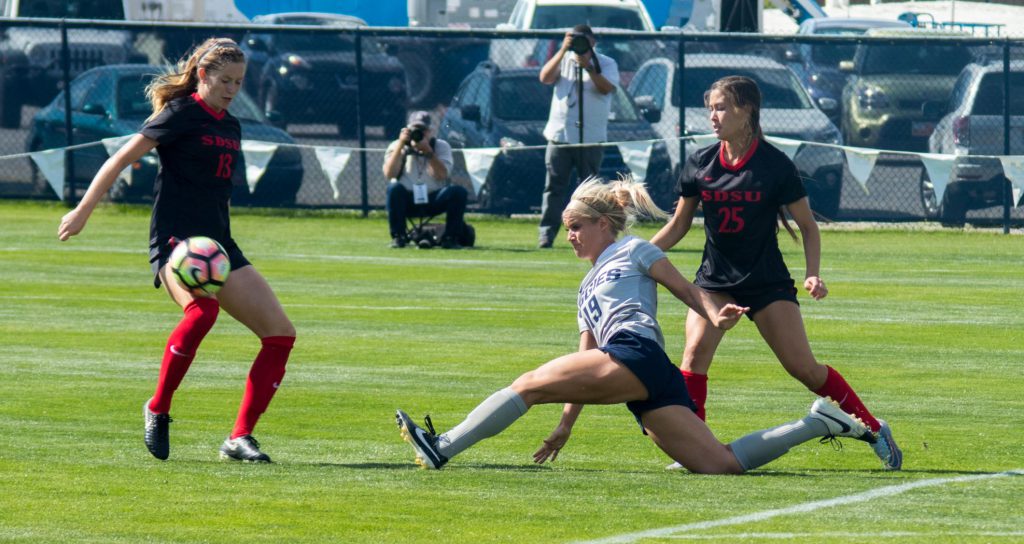 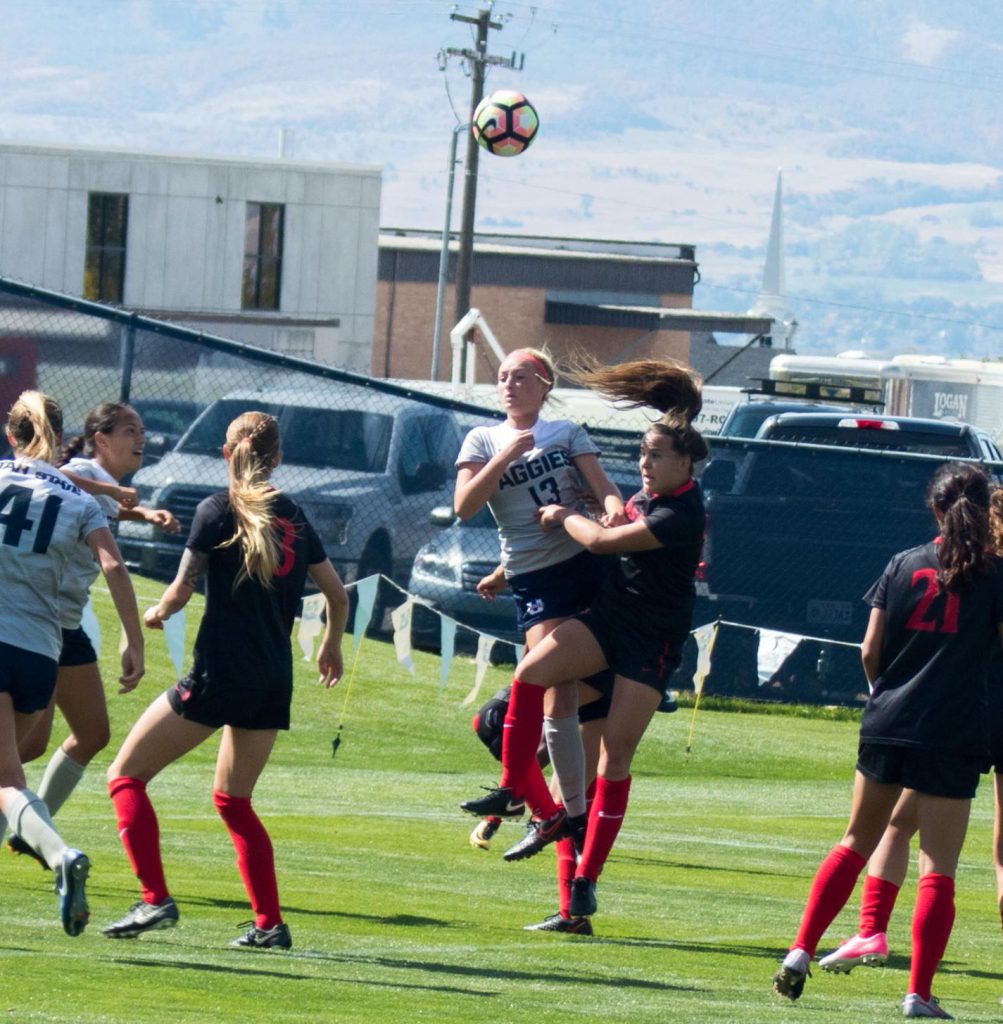 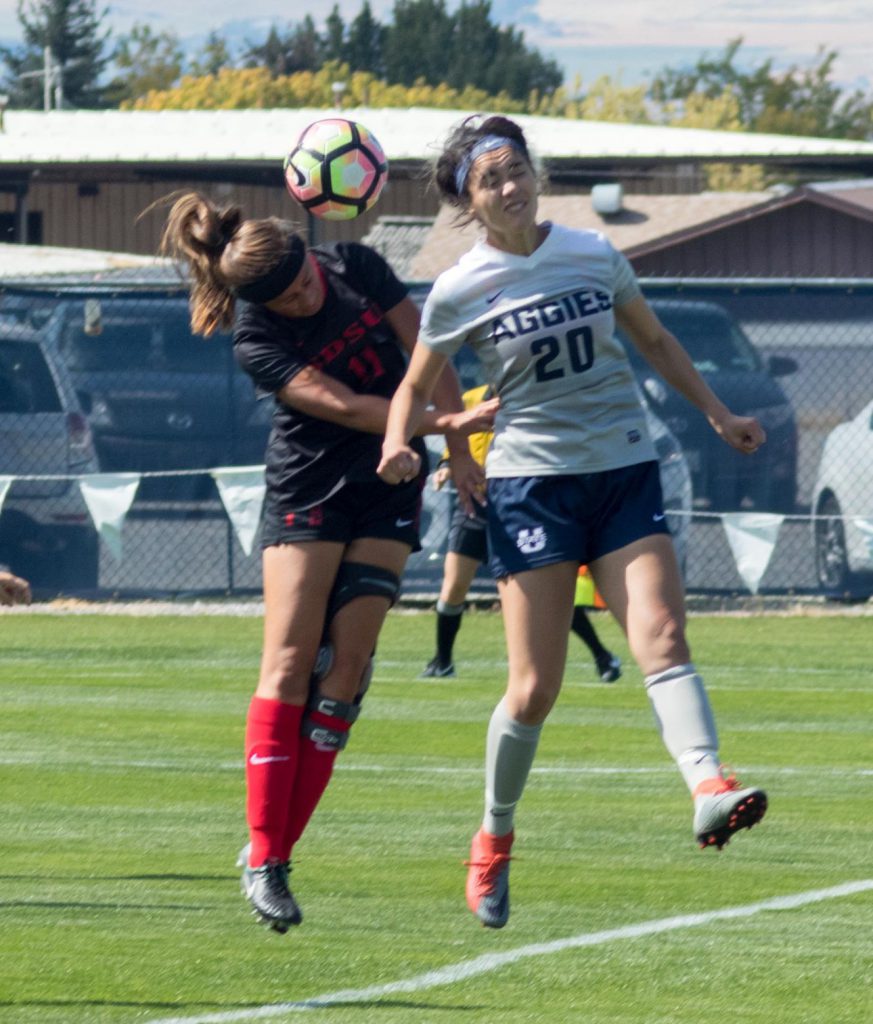