SALT LAKE CITY (AP) — Rudy Gobert had 16 points and 13 rebounds to lead the Utah Jazz to a 96-87 victory over the Oklahoma City Thunder on Saturday night.

The Jazz never trailed after taking a 13-12 lead in the first quarter.

Oklahoma City’s All-Star trio of Russell Westbrook, Paul George and Carmelo Anthony were bottled up in the first half by an active Utah defense. By the time George and Anthony got going, the come-from-behind climb was too steep. Anthony scored a game-high 26 and George added 22.

Westbrook was held to six points on 2-for-11 shooting. He was held to single digits just twice in the two previous regular seasons.

The Jazz opened up a 38-19 lead in the in the second quarter thanks to a 27-7 run spanning the first and second quarters. Joe Ingles scored 19, including five 3-pointers, and Derrick Favors continued his early-season success on the inside and the perimeter with 13 points. Ricky Rubio made plays for others and hit big shots to finish with 16 points. Gobert’s double-double was his third in three games.

The Thunder cut the lead to single digits on multiple second-half occasions thanks to George and Anthony, but never truly recovered from a horrid first half in which they shot 30.2 percent from the field and went 2 for 15 on 3-pointers. The Jazz answered with a run of their own each time, shot 49.4 percent for the game and never gave up the lead.

Thunder: Oklahoma City scored at least 26 points in each quarter of the season-opening win against the Knicks. It was held to 14 in the first quarter Saturday. … Thunder cut the lead to 48-44 early in the second quarter, but never got any closer.

Jazz: Rodney Hood did not play after suffering a mild left lower leg strain against the Timberwolves on Friday. Rookie Donovan Mitchell started in his place. … Raul Neto made his debut after missing the first game with a hamstring injury and getting a DNP on Friday.

The Thunder transition with the additions of George and Anthony went smoothly in the season opener as those two and Westbrook combined for 71 points. Things didn’t come as easy against the Jazz.

“It’s different when you’re accustomed to being a rhythm guy, having to create offense off the bounce and get yourself in a rhythm off the dribble,” George said. “Whereas the other night I was getting a lot of catch and shoots, so that rhythm is going to be a little different now. So just getting prepared for that, all the open opportunities that I’ll have and now knowing how teams are going to play and adjust to Russ.

“It’s an adjustment. It’s no knock on it, but when you’re used to having to create and getting yourself into a rhythm off the bounce, that’s (how) you’re used to getting in rhythm on shots. Now you’re catching it without having to put it on the ground and you have to get your feet set ready for shots. It’s definitely different. As the season goes on we should get a lot more comfortable.”

Thunder: Host Karl-Anthony Towns and the Minnesota Timberwolves on Sunday. 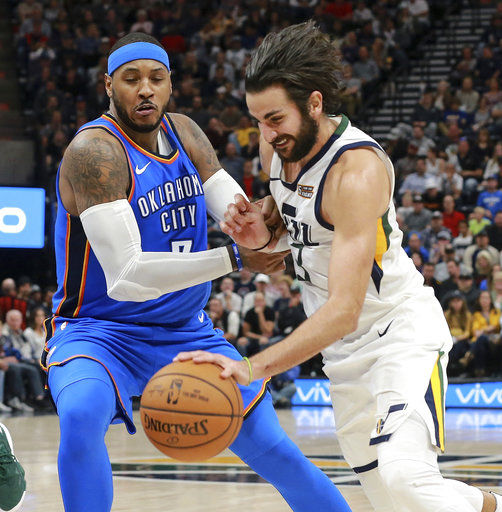 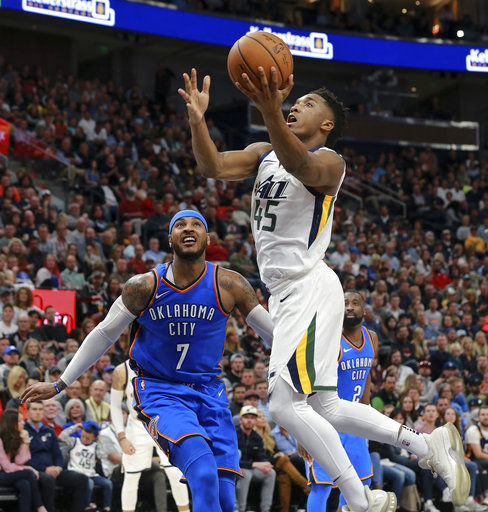