SALT LAKE CITY (AP) — Rodney Hood was determined to find his groove after two fouls in the first quarter earned him an early seat on the bench. He found it in the third quarter when a quick floater jump-started a Utah Jazz comeback.

Hood scored 15 of his season-high 25 points in the third quarter to help the Jazz rally to beat the Dallas Mavericks 104-89 on Monday night.

“Just aggressiveness,” Hood said. “My teammates were telling me to be more aggressive. The early foul trouble kind of threw me out of rhythm. Being more in attack mode.

The Mavs hit nine of 14 3-pointers in the first half and the Jazz struggled to defend their drive-and-kick action. But Utah came alive in the second half thanks to Hood and a 25-4 run to start the third quarter.

The Jazz adjusted their defense in the second half and made things much more difficult for one of the best 3-point shooting teams in the league. The Mavericks were just 3 for 10 from behind the arc in the second half.

“That’s what they’re really good at, drive-and-kick to generate 3s as good as anybody in the league,” Jazz coach Quin Snyder said. “The second half we did a good job of not over-helping. You’ve got to be able to guard your yard. When we do that and can defensive rebound, it gives us a chance to play offense in the flow of the game. When you’re taking the ball out of the net, it’s a lot harder.

“We did a better job of staying in front. Just man-on-man and being focused on it. Then Rudy’s rim protection.”

Dallas climbed back within five late in the fourth quarter, but an 11-0 run highlighted by a pull-up Hood 3-pointer from the top of the arc put the game away. Hood had just five first-half points.

“I’m not into moral victories about one good half played in an NBA game,” Mavs coach Rick Carlisle said. “You’ve got to bring it for the whole game or you get beat.

“The second half was not just bad, it was unbelievable.”

Ricky Rubio saw his shot begin to fall in the second half and finished with 20 points. Rudy Gobert added 17 points, 12 rebounds, six blocks and six assists.

Dirk Nowitzki led the Mavs with a season-high 18 points and J.J. Barea added 17 off the bench, all in the first half.

“We just got to figure things out,” Mavs guard Devin Harris said. “We got small things that turn into big things. Just have to play harder, smarter.

“We have to trust each other. We’re still trying to find out identity.”

Mavericks: Rookie Dennis Smith Jr. played 17 minutes despite being listed as questionable with a left knee effusion. He was 1 for 7 for two points. … Dallas began the night ranked No. 3 in the NBA with 12.9 made 3-pointers per game and No. 5 with a 37.8 percentage from behind the arc. … The Jazz scored 33 points off 24 Mavs turnovers.

Jazz: Snyder had his birthday on Monday. He turned 51. … Rubio entered the game as the second Jazz player, joining Deron Williams, to post at least 90 points, 45 assists and 30 rebounds through their first six games with the organization.

CLOSE BUT NO CALL

The Mavs came out as one of four teams to start the week with just one victory. Carlisle, however, likes the way they’ve lost.

“We’ve played seven and I think we’ve had five that have been one possession games,” Carlisle said before the game. “This league is about tight games and thin margins for error. We’ve just got to do a few things better each game to put ourselves in a better position.

“Rebounding has got to be better. Turn it over less. Make a few more shots. Pretty simple stuff, but it’s the NBA, so it’s hard. Teams are defending you. You’re in tough places like this and so, it’s hard work. But you’ve got to get it done.”

Mavericks: Travel to face Blake Griffin and the Los Angeles Clippers on Wednesday. 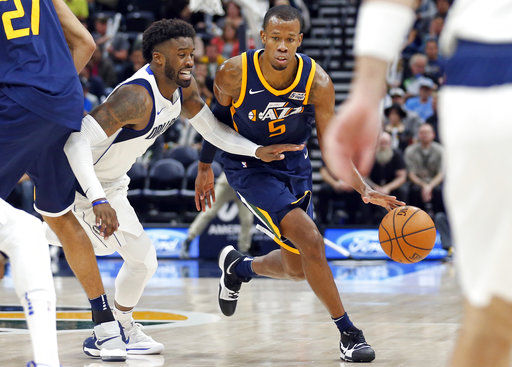 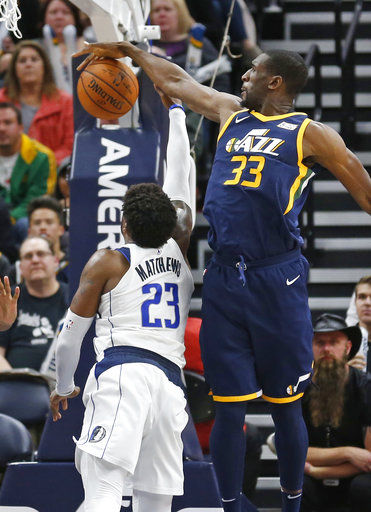 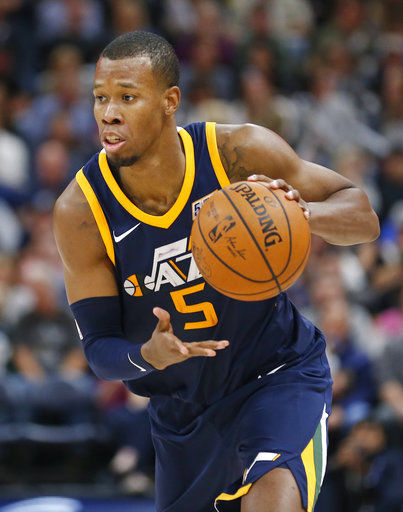