LOGAN – Utah State basketball received a new instate commitment over the weekend. The 6-foot-0 Lone Peak senior point guard said there were a few schools he was talking to, but it was the relationships he developed with Aggie coaches and a full-ride scholarship offer that drew Steven Ashworth to choose USU.

He said he got to know and trust coaches Spencer Nelson and Tim Duryea during the process.

“They are going to be the people I’m going to spend 80 percent of my time with while I’m up there,” he said. “They are just people I really like and can help me get where I want to be on the basketball court and in life.”

According to the Deseret News, Ashworth averaged 13.89 points, 6.93 assists and 5.54 rebounds and 2.5 steals per game as a junior in 2016. Ashworth said other coaches have described him as a true point guard.

“I’m usually not a score-first guy,” he said. “I like to get the whole team involved but I can score if I need to.”

Even though he will be a senior next year, Ashworth won’t be on campus until 2020, when he returns from his two-year LDS mission. He said he is starting the missionary paperwork soon, and hopes to leave in June. He said he hasn’t followed Utah State basketball too closely over the years, and has only been to Logan a couple of times, but that he has always been well-aware of Aggie basketball fans’ passion.

“They’ve always had a solid program and the fans have been known for how loud and crazy they can get up there,” he said.

He should get plenty more experience against big-time competition during his last year at Lone Peak. His team is scheduled to travel out of state for some national tournaments. He said he considers himself a leader, both on and off the court.

He said he and his friends play a lot of pool, ping pong and like to go bowling. They follow sports, especially the NBA closely.

“I like to wakeboard and watersports,” he said, “being with my friends and family and little brothers.

“I’m just looking forward to coming up and playing in front of the Aggie fans and hopefully get into the NCAA tournament and having some good runs and having a good time.” 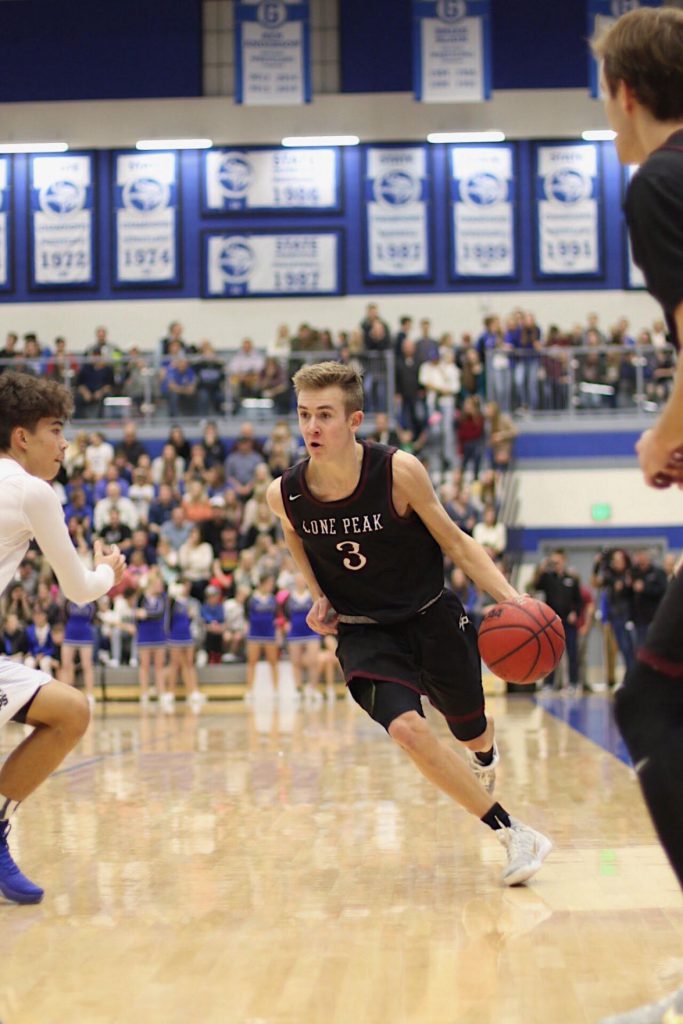