Philadelphia 76ers guard Ben Simmons bites his jersey during the second half of the team's NBA basketball game against the Utah Jazz on Tuesday, Nov. 7, 2017, in Salt Lake City. (AP Photo/Rick Bowmer)

Dario Saric scored a season-high 25 points and the 76ers won their fifth straight game with a 104-97 victory over the Utah Jazz on Tuesday night.

The winning streak is the Sixers’ longest since the 2011-12 season.

“Because it’s a win and it’s on the road, makes it more special,” coach Brett Brown said. “But really, there are parts you want to tighten up at the end. … To the guys’ credit, it’s a gutsy win.

“I leave here not elated at all. We foul too much, we turn over the ball too much, but we played. We were tough and we found a way to grind it out.”

Philadelphia used a 21-7 run to start the third quarter, highlighted by eight straight points from J.J. Redick, to take a 67-51 lead it never relinquished.

The Sixers seemed to have more energy on both ends of the floor despite being on the road without starting center Joel Embiid. Ben Simmons initiated the offense while Saric and Redick knocked down shots. Saric grabbed 10 rebounds, Redick scored 20 points and Simmons finished with 16 points, 13 rebounds and six assists as the former No. 1 draft pick had his seventh double-double of the season.

Not only did the Sixers earn a tough road win, they found an answer each time the Jazz tried to squeeze back in the game. It was Philadelphia’s first victory in Utah since 2005.

“It shows a lot about our team,” Simmons said. “We’re playing a lot more calm than before. Trying to make less errors and turnovers down the stretch and taking care of the ball. And getting stops. It just comes down to that.”

The Jazz, who have lost three straight, didn’t do anything particularly well outside of a second-quarter rally after falling behind by 16 in the first 12 minutes. The defense allowed wide-open shots by the 76ers and was uncharacteristically sloppy throughout, giving up backdoor cuts and slashes to the basket for easy points.

On the other end, the Jazz couldn’t connect on their own good looks.

Rodney Hood led Utah with 19 points on 4-for-16 shooting, and Rudy Gobert posted his seventh double-double of the season with 16 points and 15 rebounds.

“Obviously, we had an abysmal night shooting the ball,” coach Quin Snyder said. “Overall, there were some periods where we got stops and that really helps our offense, but the breakdowns that occurred, particularly in the beginning of the game when you are trying to come back and trying to make plays, you are susceptible to those types of back cuts and those are breakdowns.”

76ers: Richaun Holmes started in place of Embiid. … Jerryd Bayless was out due to a bruised left wrist.

Jazz: Donovan Mitchell started the second half over Hood. … Utah shot 30.3 percent from the floor and 23.1 percent from 3-point range.

Embiid did not travel with the 76ers and was given a scheduled rest as the team closely watches his return from injury. Brown said the “sports science people” have a sophisticated plan put together. Embiid will join the team before it plays the Sacramento Kings on Thursday.

Top draft pick Markelle Fultz is traveling with the 76ers despite being out with a shoulder injury. Brown said there’s plenty to learn by being around the team. “None of us can dismiss the benefit that Ben Simmons had of effectively being a redshirt and taking it all in, not necessarily in real time,” Brown said. “The NBA is so unforgiving. … All this time off I’m not looking at as negative. I’ve learned with all the players — Nerlens (Noel), Jahlil (Okafor), Joel and Ben and now Markelle — you can make it work. It’s Jon Gruden’s quarterback camp. … Bring them in and talk video stuff and what do you see? Still make him feel a part of us and educate him. Although it’s not in a uniform, it still counts for something.”

“The world’s not ending,” Hood said about the three-game losing streak. “We’ve just got to figure it out and go from there.”

76ers: At the Sacramento Kings on Thursday. 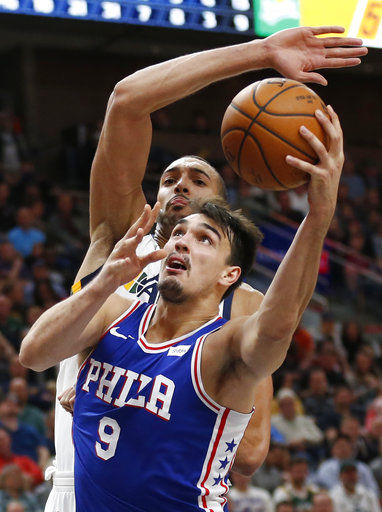 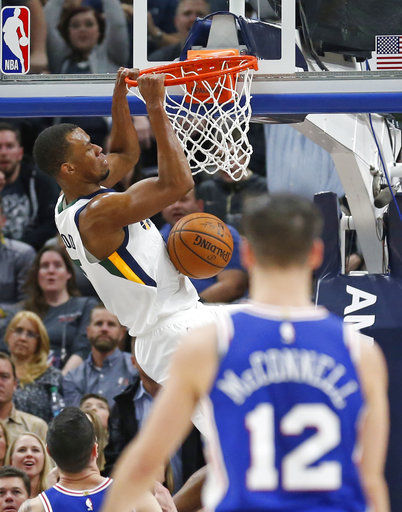 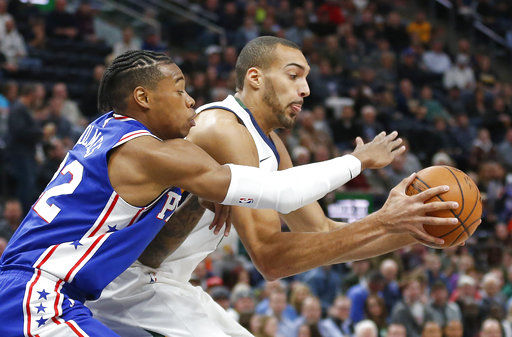