Last week I was invited to watch a short film produced by my friend Mason Wendell. The film consisted of interviews with Latinos who live in Cache Valley describing their experiences in Northern Utah. Shown in the auditorium of Utah State University’s Taggart Student Center, “Logan, We Are Your Neighbors!” (English title) was an enlightening and refreshing experience.

After the film, representatives from the USU group Latinx Creative Society—who brought this film to fruition—held a panel discussion where they discussed what it was like to be students of Hispanic descent attending college. I knew immediately I had to interview this impressive group to know more about them. That meeting was an education I dearly needed.

The first questions were obvious. What is Latinx Creative Group and what is its’ mission? “We try to create and expose art in the Latino community,” Cardona stated. “Document the Latino experience in Cache Valley,” Lopez Gonzalez added.

From this launching pad came “Logan, We Are Your Neighbors!”. Heavily promoted in the Latino community, it was a diverse crowd that was in attendance for the film. Of the estimated crowd of 250 people in the room, I was not the only caucasian there.

And from this night my meeting with Latinx was born. I started our discussion by asking why I rarely see Latinos socializing in popular places like the White Owl or Caffe Ibis. “Too expensive,” Vargas shot out laughing. The consensus among the group was that many Latinos in Cache Valley still feel more comfortable socializing amongst themselves.

It was then that I learned a secret. Out in Amalga is a warehouse used by many of the Latino community for music, festivals, dances and other social events. For years I have openly discussed my conspiracy theory that many of Hispanic heritage here in Cache Valley had a secret place where they can socialize, celebrate holidays and enjoy themselves. I was right.

Recently, more events celebrating Hispanic culture have made their way into public view in Cache Valley. Most notably, the Day of the Dead celebration has increased its presence on Utah State University’s campus.

The Day of the Dead—Dia de los Muertos in Spanish—is a holiday primarily celebrated in Mexico. It revels in the memory of family members and loved ones who have past on. Usually held on November 2nd, the day after the Catholic holiday All Saints’ Day, Latinx has turned this into a USU event. According to Vargas, who co-founded Latinx, the event had 25 participants three years ago. In 2017, there were over 150. Latinos are becoming more visible throughout the valley.

At this point during our enthralling conversation, I felt compelled to bring up religion. I grew up in a predominantly Catholic culture in South Philadelphia. Most Latinos in America come from a similar culture. A few in the group professed to coming from strong Catholic families. I asked if the Mormon population here was curious about Catholicism.

“There are people who will ask a lot of questions,” Hernandez told me. When I asked her some of the things she is asked about, she read off a peculiar list of two subjects. “The Virgin Mary, Relics,” she said.

The walls of ignorance can be chiseled away one awkward question at a time.

At this point, the elephant in the room had to be addressed. Life for Latinos living during the presidency of Donald J. Trump. Our pleasant conversation turned somber quickly.

During his campaign and as president, Trump has embraced the very worst stereotypes about Latin Americans. He has blown the dog whistle for xenophobes and racists who see immigration, immigrants and refugees as a threat to America.

His election, one year ago, was stunning to many Latinos. “It was a shocking event. No one wanted to talk about it,” Hernandez admitted. “You can see the change,” Carreno interjected, speaking of how many who have a prejudice against Latinos now feel emboldened and empowered to be openly racist because of Trump’s election.

Carreno told me that her job working at a Cache Valley restaurant has exposed her to many insulting and racist comments in the past year. Trump supporters no longer keep their racist bile hidden in their own homes.

More disturbing was a story Karina Hernandez shared with me. Not long ago, seven dark-skinned Micronesian students were on Utah State University’s campus when a vehicle drove by. The passengers screamed slurs at the international students and told them to “go back to Mexico.” Hernandez told me that three of these students decided to transfer out of USU after the semester because of this incident.

What makes these stories so frustrating is that this level of ignorance is based on false assumptions. Reality is that many Hispanics are invited to live here. Consider Ivan Cardona. Ivan is from Puerto Rico. His family came here when his father was recruited to move to Cache Valley to work for ICON. JBS is another local company that likewise openly woos Latinos to move here to work.

The cold hard fact is that the vast majority of Latinos in Cache Valley work hard, are patriotic and contribute to life here in a variety of positive ways that should be lauded and revered as the best of American values. They deserve better than to be the targets of ridicule based on misinformation and arcane assumptions.

As our conversation was winding down, I asked what topics would be tackled by the Latinx Creative Society in the future. Along with covering mental health issues and the trauma many immigrants face transitioning to America, the group I spoke with wants to start a dialogue about ESL in Utah public schools.

ESL, English as a Second Language, is a program that helps students learn English and become more acclimated to the education system in America. It is the belief of those involved in Latinx that while the spirit of ESL is good, the application of this program is holding back too many Latino students from being prepared for the possibility of a university education when they graduate high school. Professor Lopez Gonzalez referred to ESL in its’ present form as “institutional segregation.”

To emphasise his point, Lopez Gonzalez gave me a stat that floored me. In 2015, 24% of students at Logan High School were Latino. That same year, the Latino student body at Utah State University was only 4%, and many of them were students recruited from other nations.

Bluntly stated, Utah must do a better job of preparing Latino students for college.

The story of America cannot be written without the contribution of immigrants. My conversation with the USU Latinx Creative Society showed me that this generation of Latino students are trailblazers that will lead the way for future generations that will be more prepared and willing to be leaders in Cache Valley.

And it is important for all of us who are outside of the Latino community to welcome, understand and accept that these neighbors of ours are as much a part of the American way of life as we are. 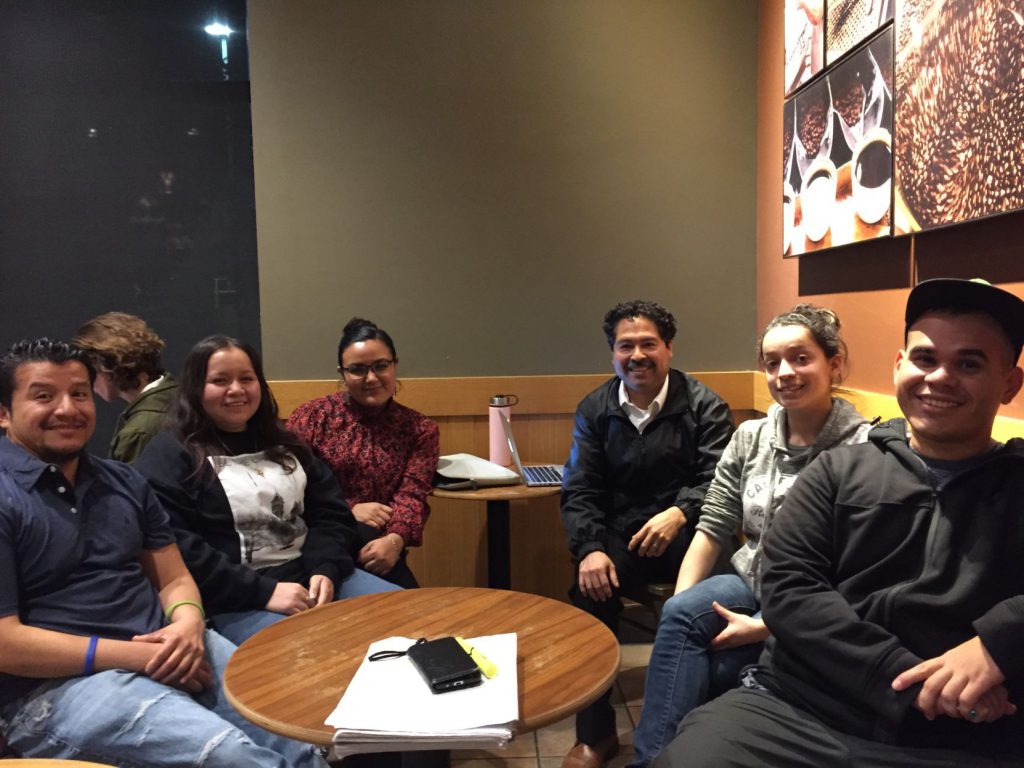