A supporter of the Bears Ears and Grand Staircase-Escalante National Monuments wears a headdress during a rally Saturday, Dec. 2, 2017, in Salt Lake City. President Donald Trump is expected to announce plans to shrink the two sprawling national monuments in Utah that were created by past Democratic presidents. (AP Photo/Rick Bowmer)

The president’s proclamation on Bears Ears National Monument also contained a little-known plan that changes the makeup of a tribal advisory commission for the remote monument filled with canyons, plateaus, rivers and rust-colored rock formations. It adds a county commissioner who is among the minority of Navajos to support Republicans in peeling back protections for the land.

The new commissioner will have the same authority as the group’s five other members, all representatives of tribes.

The same day the president visited Utah to cut the monument by 85 percent to 315 square miles (815 square kilometers) and divide it into two units, a Utah congressman introduced legislation to create tribal co-management councils that were touted by Trump and Interior Secretary Ryan Zinke.

The Utah congressional delegation sees the changes as unifying forces in a region long divided over land management, and as a way to ensure local control.

Tribes say that while co-management might sound nice, the proposal by Republican Rep. John Curtis excludes tribes outside Utah and lets the president hand-select most representatives.

“Don’t try to appease us by giving us something you think we want or you think will make us happy,” said Katherine Belzowski, an attorney with the Navajo Nation Department of Justice. “This is a slap in the face.”

Supporters heralded Bears Ears as the first national monument created by tribes on land they hold sacred. The monument contains tens of thousands of archaeological sites, including cliff dwellings.

The original proclamation established the Bears Ears Commission as an advisory panel with one elected official from each of the Hopi, Navajo, Ute Mountain Ute, Ute and Zuni tribes.

Trump’s proclamation maintains the commission but renames it the Shash Jaa Commission, using the Navajo name for Bears Ears. It also adds a representative from the San Juan County Commission, now Rebecca Benally.

Benally said the appointment “came out of the blue,” but reflects a feeling among some that they were being left out of management discussions.

Benally said she doesn’t believe her role will dilute the tribal voice, and she wants to elevate the commission’s work to more than advising the federal government on how to manage the land.

“We can spin our wheels and advise and recommend all we want, and that’s all it is,” she said. “I think the true authority will come once John Curtis’ bill can be passed.”

The Bears Ears Commission and Benally have been at odds all along. The tribes say Benally wasn’t elected to represent tribal interests and wasn’t vested in the monument’s creation. Unlike federally recognized tribes, county commissions have no direct relationship with the federal government.

The tribal group said it had been meeting regularly when it heard rumblings that Zinke would recommend shrinking the monument and was touting a management plan that would give tribes more say in Bears Ears decisions. Tribal co-management plans also were recommended at two national monuments in New Mexico and one in Nevada.

Curtis’ legislation would create management councils for each of the two Bears Ears units that would “regularly and meaningfully engage” with the Bears Ears Commission.

The councils would have different makeups but largely would be stacked with Utah residents appointed by the president in consultation with the state’s congressional delegation. Each council would include two San Juan County commissioners. Native Americans would be in the minority of one or both.

The management council for the monument’s Shash Jaa unit would include a Navajo specifically from the Aneth Chapter — the only Navajo community that voted against creation of the larger Bears Ears National Monument. The community southeast of the monument’s boundaries said the process in designating the larger monument was “undemocratic and unjust” and requested that Trump reverse it.

If passed, Curtis said, the bill would be a first in allowing tribes to co-manage a monument. It also would make “irrelevant” a lawsuit filed by tribes challenging Trump’s proclamation because the legislation gives tribes what they’re seeking, he said.

“This is not some kind of giveaway,” said Danny Laub, a Curtis spokesman. “This is an actual, very thoughtful, very serious legislative idea. We are in good faith trying to put forth a consensus of all these competing groups in the best possible way to manage these lands.”

Natalie Landreth, an attorney with the Native American Rights Fund, said Curtis’ bill is unacceptable for the three tribes she represents because it puts them in the minority and weakens their power on the panels that oversee the land. Tribes are not stakeholders, she said. They are sovereign entities.

“The particular way this was constituted is not an accident,” Landreth said. “It’s deliberately done to dilute and silence the tribal voice. They’re not fooling anybody. This is not a co-management body.” 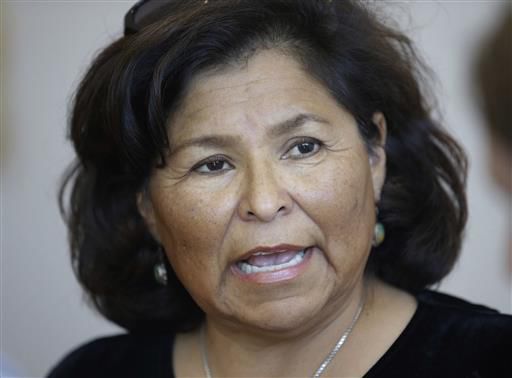