CLEVELAND (AP) — LeBron James had 29 points, 11 rebounds and 10 assists for his 60th career triple-double and the Cleveland Cavaliers beat the short-handed Utah Jazz 109-100 on Saturday night

James had his fifth triple-double of the season and third in his last four games. He had 10 points in the fourth quarter, was 9 of 15 from the field and 10 of 10 at the foul line.

Cleveland has won 17 of 18 overall and 11 straight at Quicken Loans Arena.

Center Rudy Gobert (sprained ligament and bone bruise in left knee) and forward Derrick Favors (left eye laceration) were out for Utah. Both were injured during Friday night in a win in Boston.

James scored or assisted on each of Cleveland’s first 13 points. A left-handed dunk off a lob pass from Jeff Green on a fast break late in the first quarter brought the crowd to its feet.

Utah stayed close for most of the game and trailed 70-69 late in the third quarter on a 3-pointer by Tabo Sefolosha. Green and Kyle Korver hit 3-pointers and Dwyane Wade converted a three-point play, helping Cleveland build an 89-80 lead.

Korver scored 12 points, and Green had 11. Rookie Cedi Osman scored a career-high 10 points, including five in the fourth quarter.

Gobert had an MRI on Saturday and will be re-evaluated in two weeks. Favors had six stitches after being hit with an elbow against Boston and could return Monday.

Jazz: Sefolosha was held out Friday against Boston to recover from general soreness, but was forced into action because of the injuries to Gobert and Favors. “Frankly, I was hoping not to play him tonight, but with two guys out, we needed him in there,” coach Quin Snyder said. . G Raul Neto (concussion) and G Dante Exum (left shoulder surgery) also were unavailable.

Jazz: At Houston on Monday night. The Rockets have already beaten Utah twice this season.

Cavaliers: At Washington on Sunday night. Cleveland has won three straight at the Wizards.(backslash) 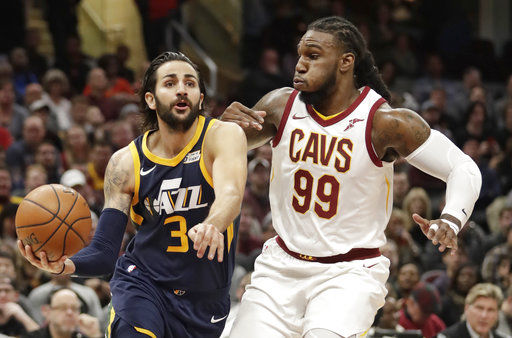 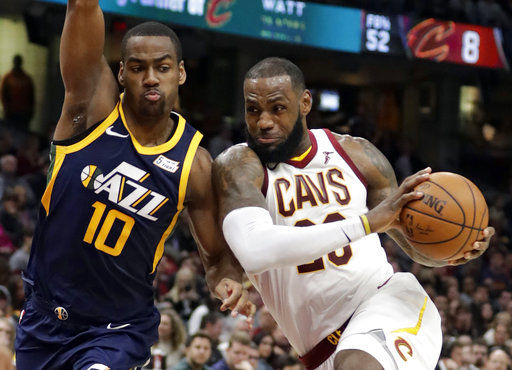 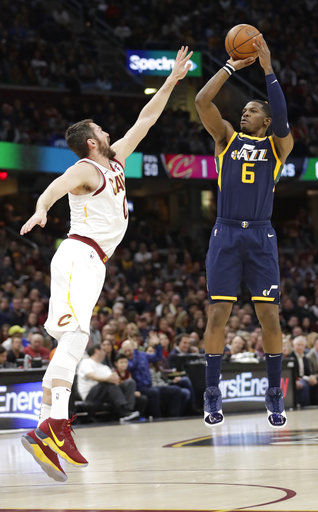 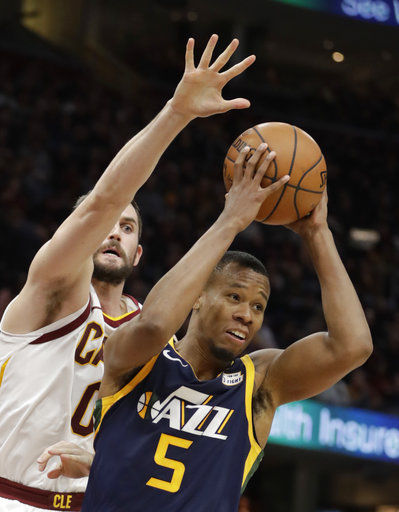