The Aggies utilized their sixth different starting lineup of the season, Saturday, where redshirt sophomore guard Lindsey Jensen was in the starting five for the first time in her career, while Brewster came off the bench, ending a 47-game starting streak.

Utah State improved to 3-10 on the season while picking up its first Mountain West win to go to 1-1 in conference play. The win snapped a four-game losing streak for the Aggies. San Diego State falls to 7-6 overall and 1-1 in Mountain West action with the loss.

Utah State came out strong in the early minutes of the game, jumping to a 7-0 lead before San Diego State could get on the board. The Aztecs first pair of baskets came from the 3-point line, but the Aggie defense answered and was able to hold SDSU without another point for 4:33, while forcing three turnovers. In the meantime, USU continued to build up its lead. The Aztecs added another pair of 3-point shots, but Price secured the double-digit lead with a layup. The Aggies ended the quarter with a 21-11 advantage over the Aztecs.

San Diego State was first to score in the second quarter, but Utah State answered with a 9-0 run to force an Aztec timeout. The Aggies struggled to score then, going more than two minutes without a bucket. Out of a USU timeout, Jensen ended the drought from 3-point range, interrupting the SDSU scoring. The Aztecs closed the half on a 7-1 run, holding Utah State to a sole free throw from sophomore guard Eliza West, but the Aggies took the 36-17 lead into the locker room.

Bassett dominated the first minutes of the third quarter to score the first five points for the Aggies, reaching double figures for the third-straight game. The Aztecs tried to cut into USU’s lead, putting up a quick four points, but then both teams struggled to score, going nearly three minutes without a point on the floor. Price ended the skid on the Aggie end of the court, but SDSU’s drought continued until the end of the quarter. Behind two free throws from Brewster and a layup from Price, Utah State took a 47-34 lead after three.

San Diego State struck first in the fourth quarter, ending its scoring skid with a pair of free throws two minutes in. With a layup at the 7:22 mark, the Aztecs cut the Aggie lead to single digits. The Aggies were finally able to score at the 4:36 mark, putting up four free throws after a foul became a technical on SDSU’s McKynzie Fort. Utah State struggled from the floor throughout the fourth quarter, missing eight-straight shots before a layup from West fell at the 3:12 mark. After multiple timeouts from both benches, West added another layup, but an and-1 from Fort put the Aztecs within one. Back-to-back fouls on the Aztecs gave the Aggies three of four possible points from the free throw line, making it a two-possession game. With just seconds to play, SDSU attempted one last 3-pointer, but Dufficy made the rebound to end the game. 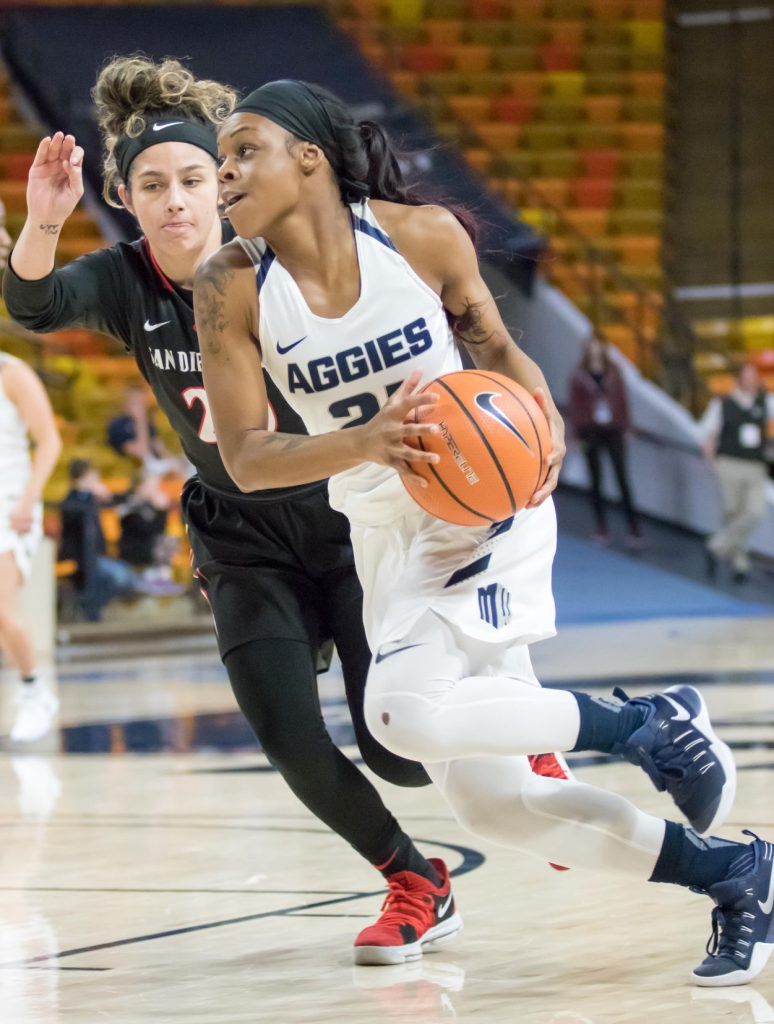 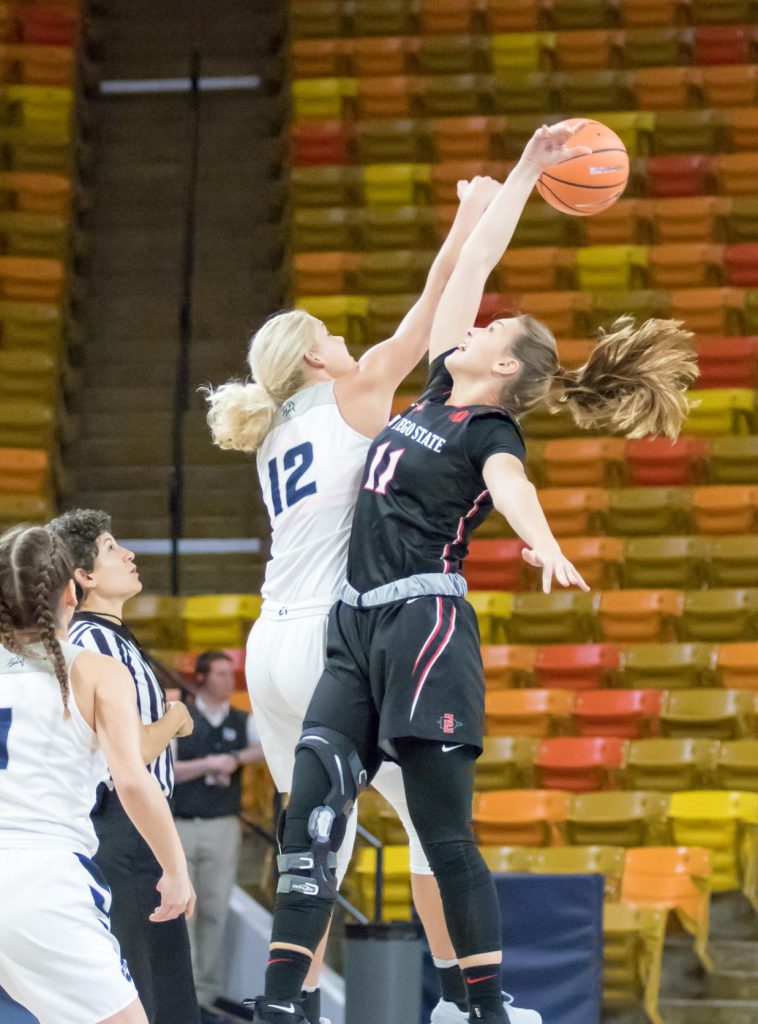 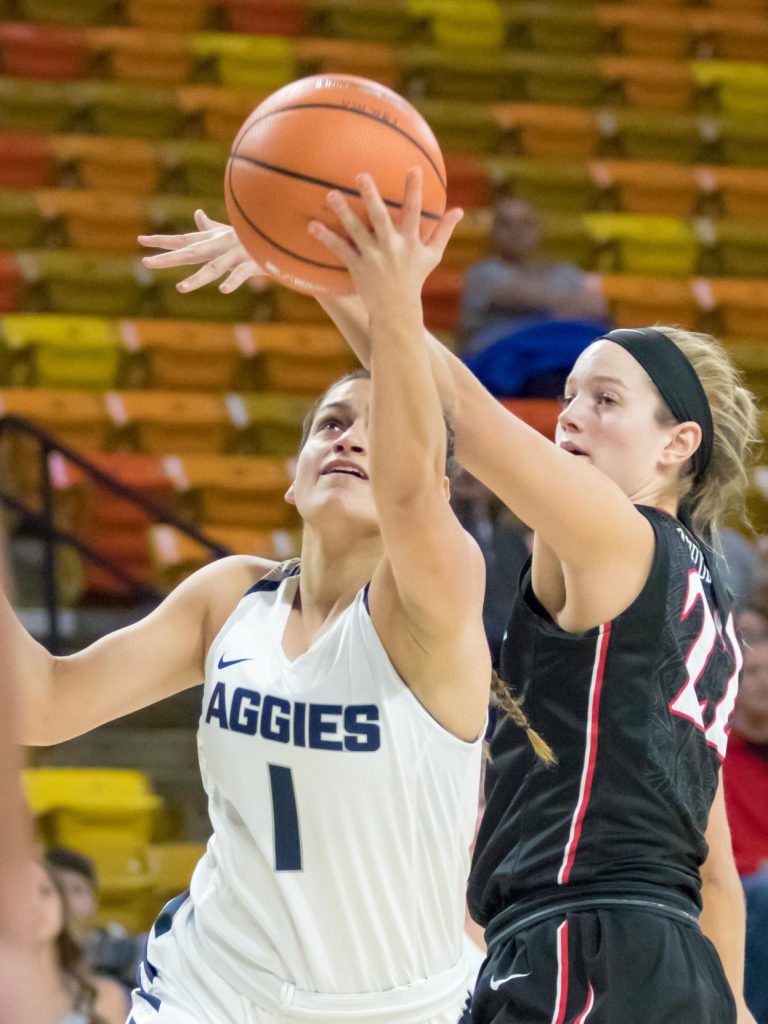 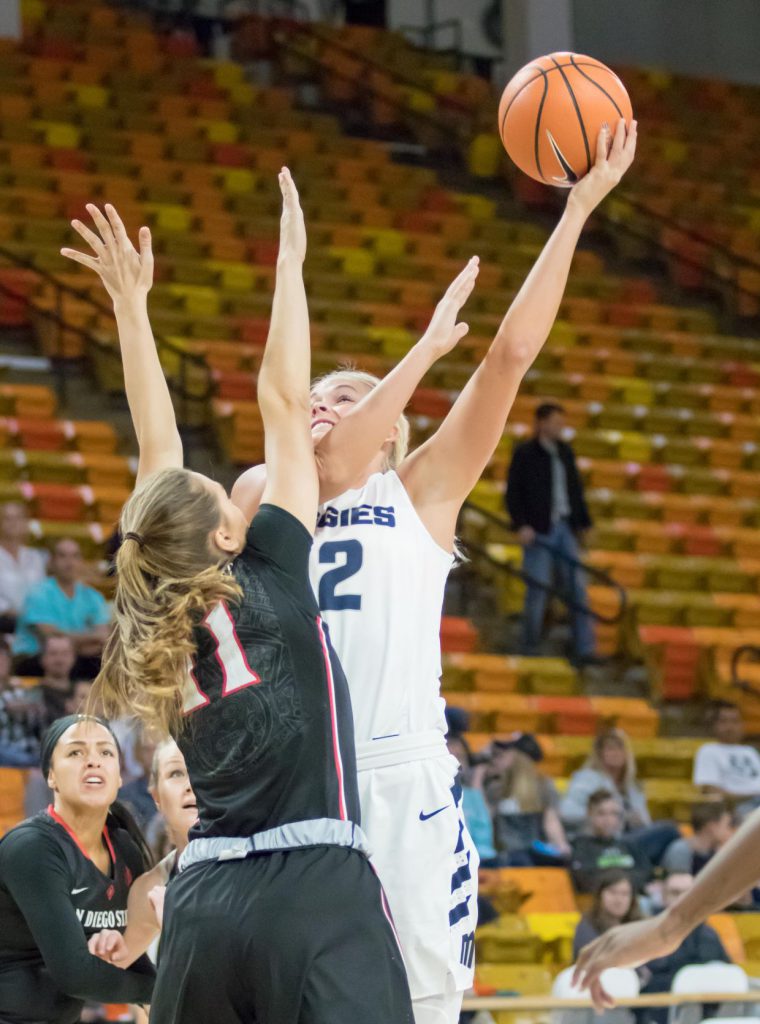 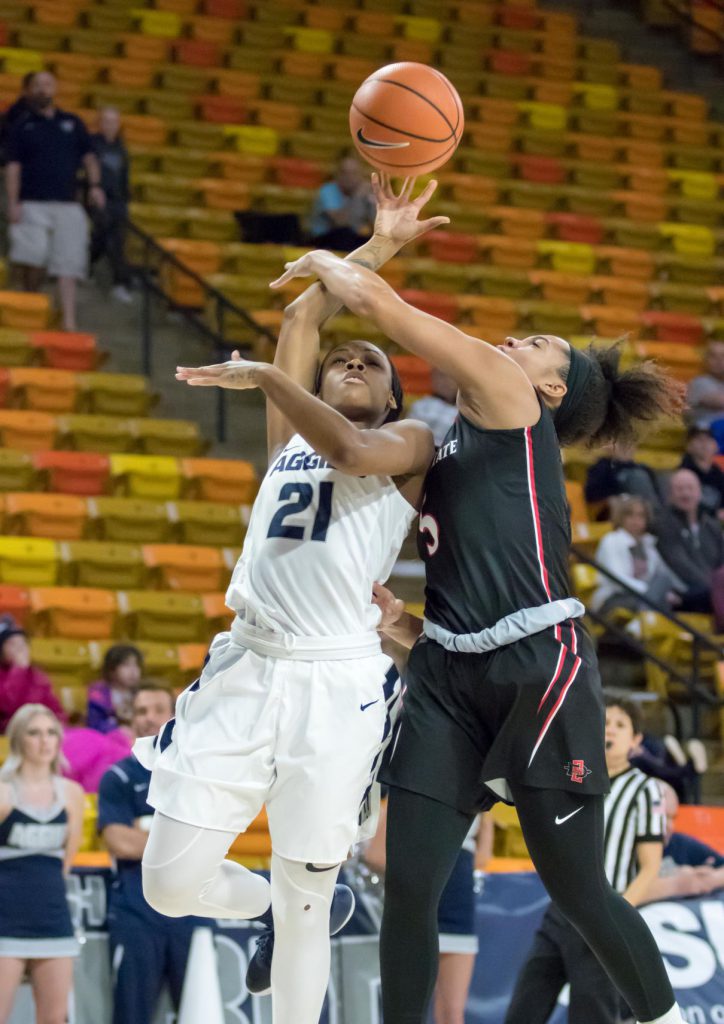 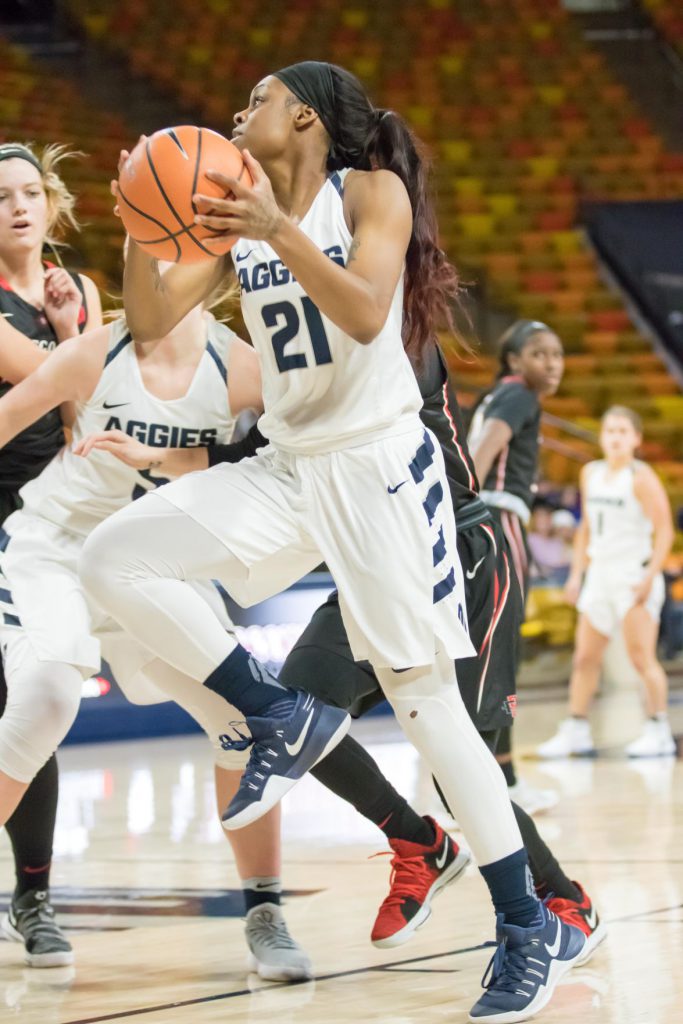 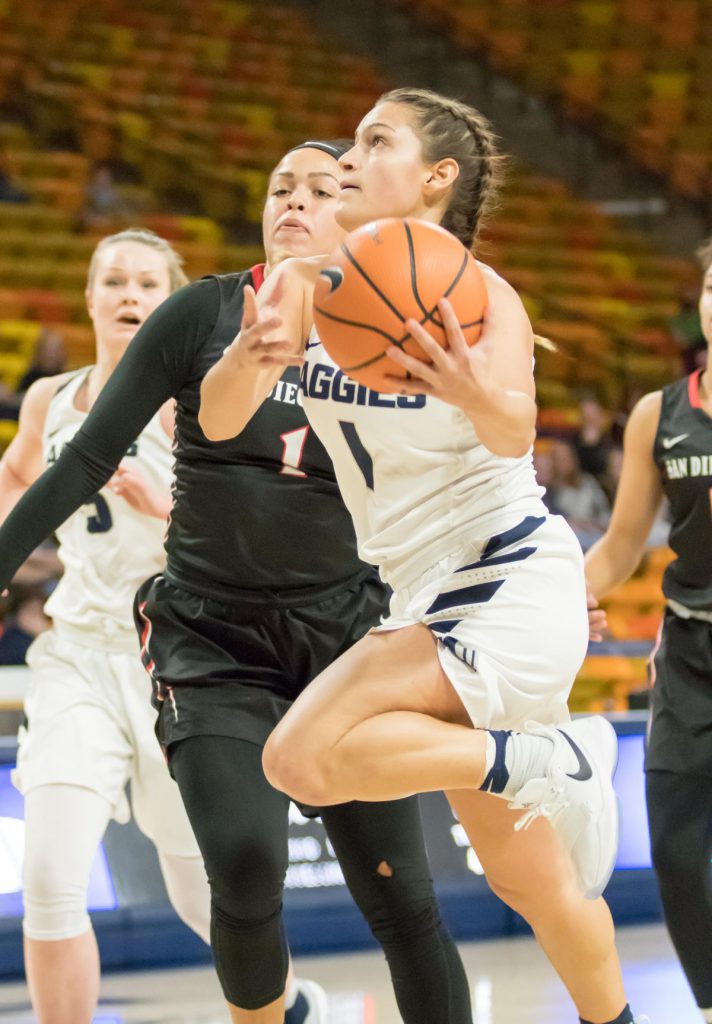 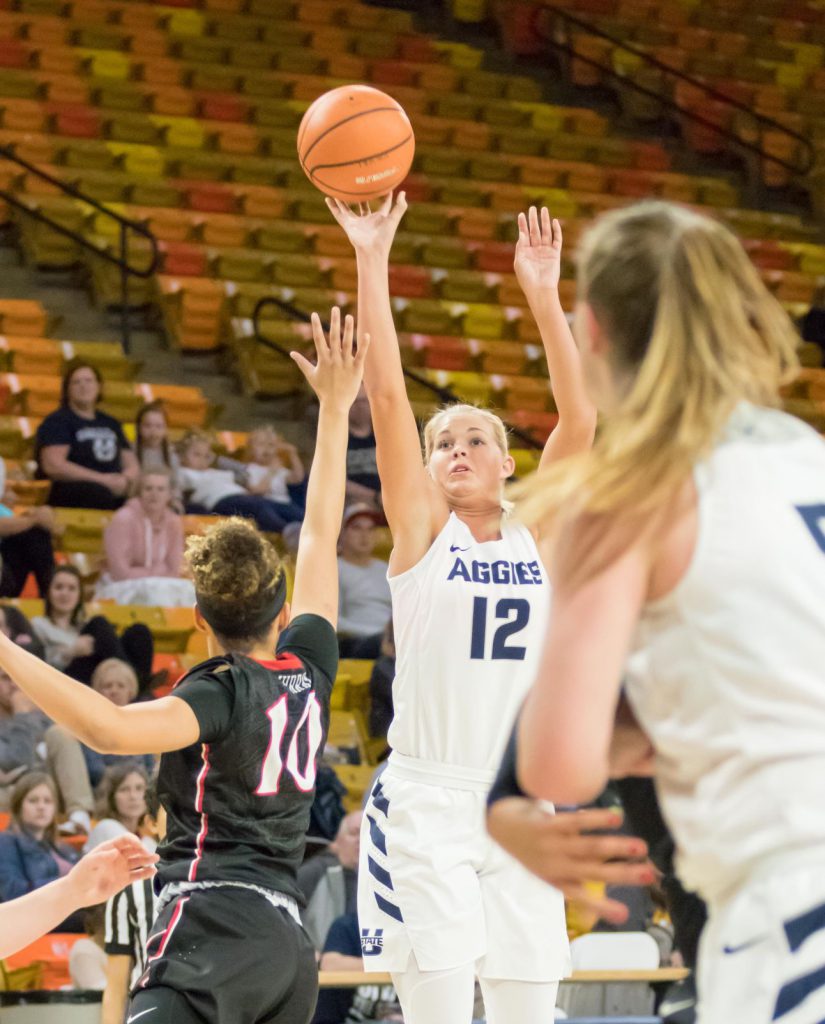 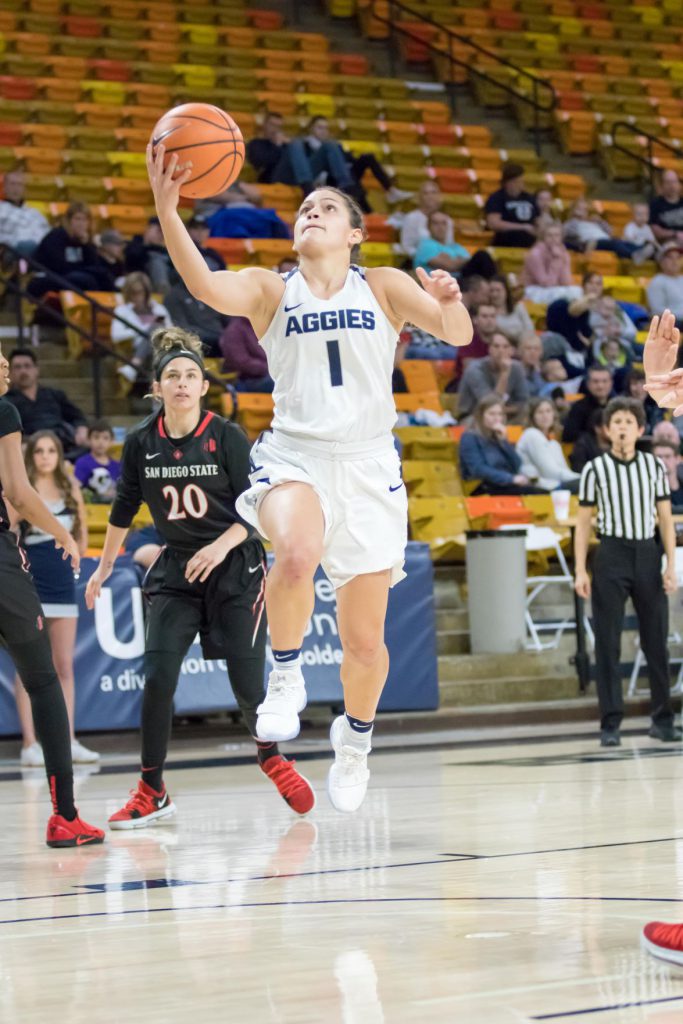 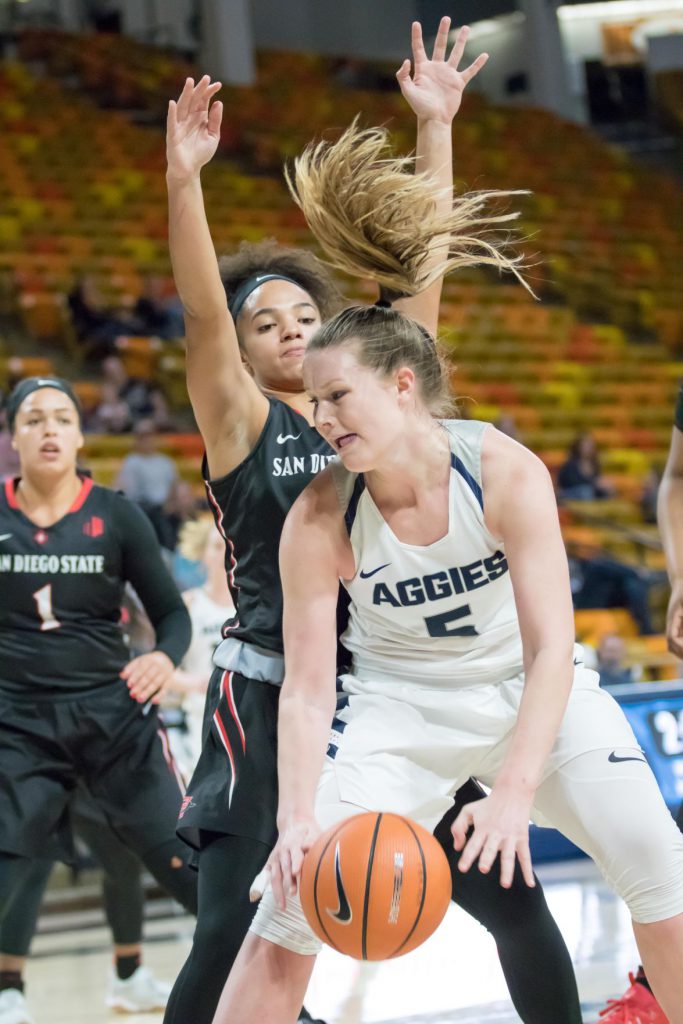 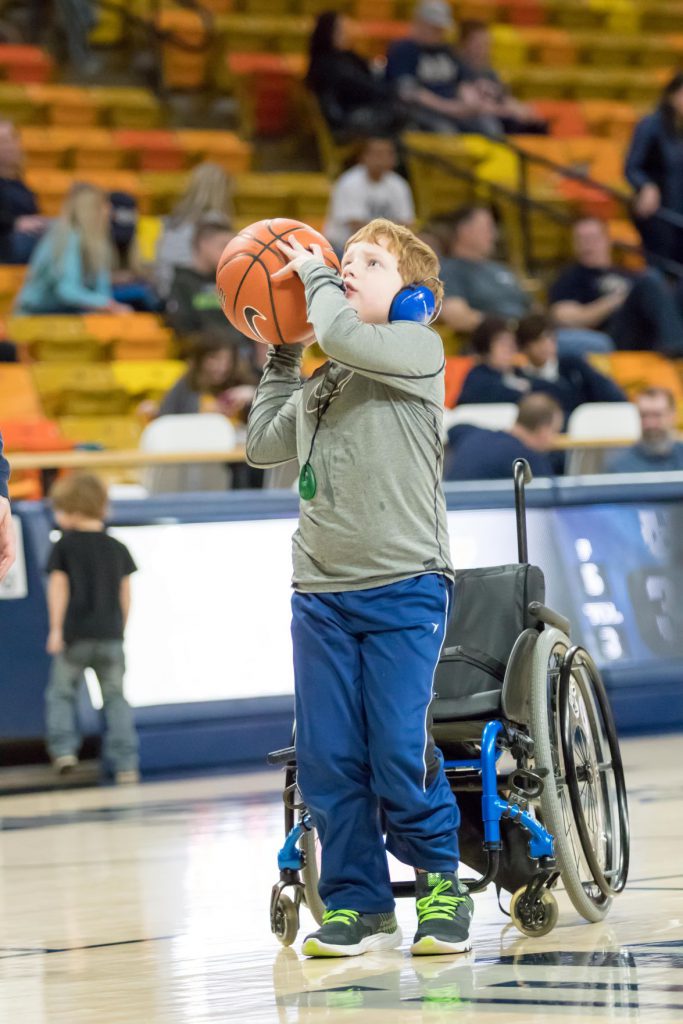 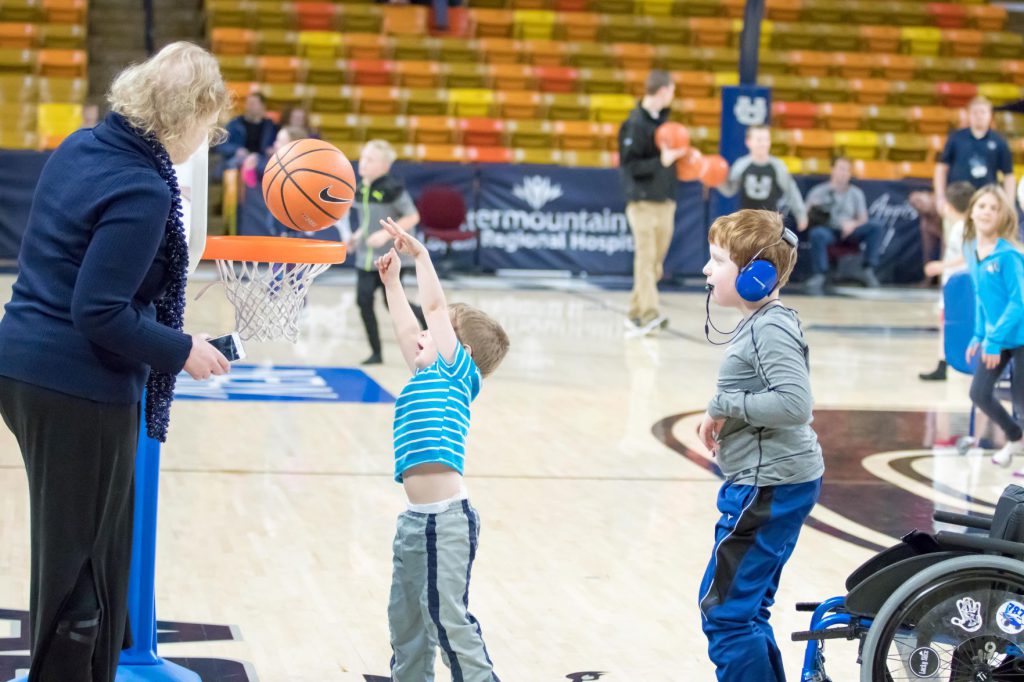 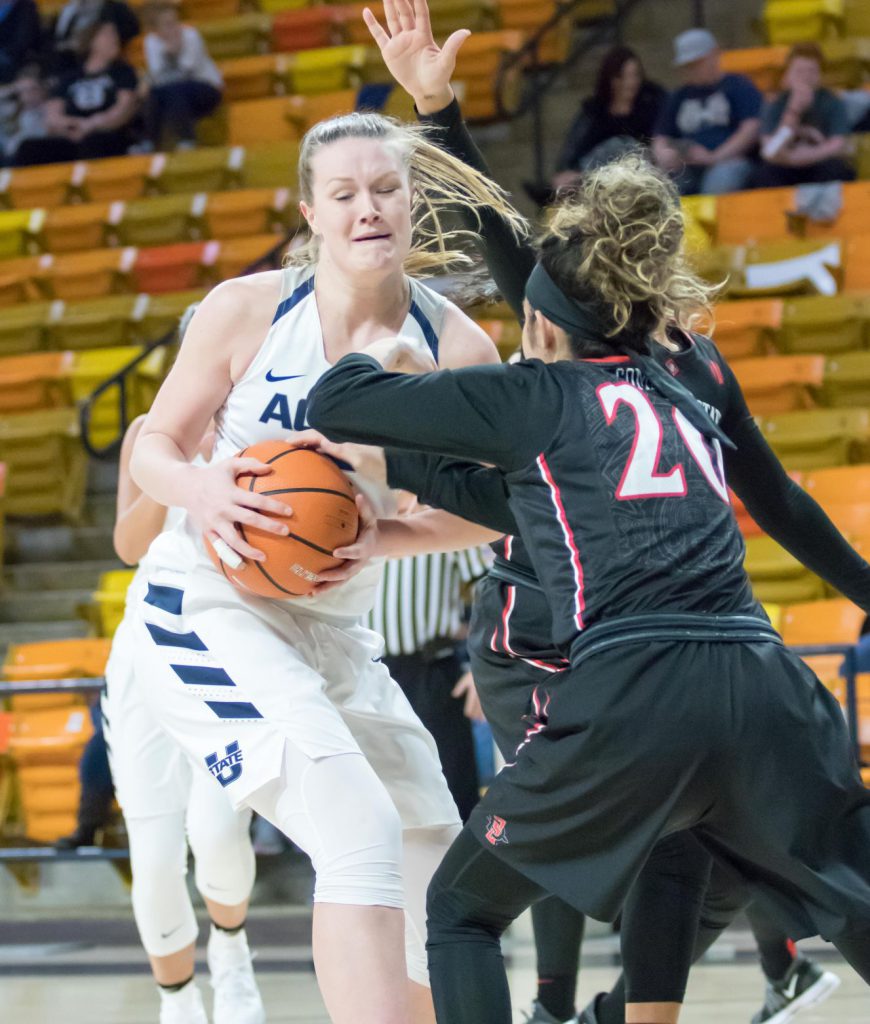 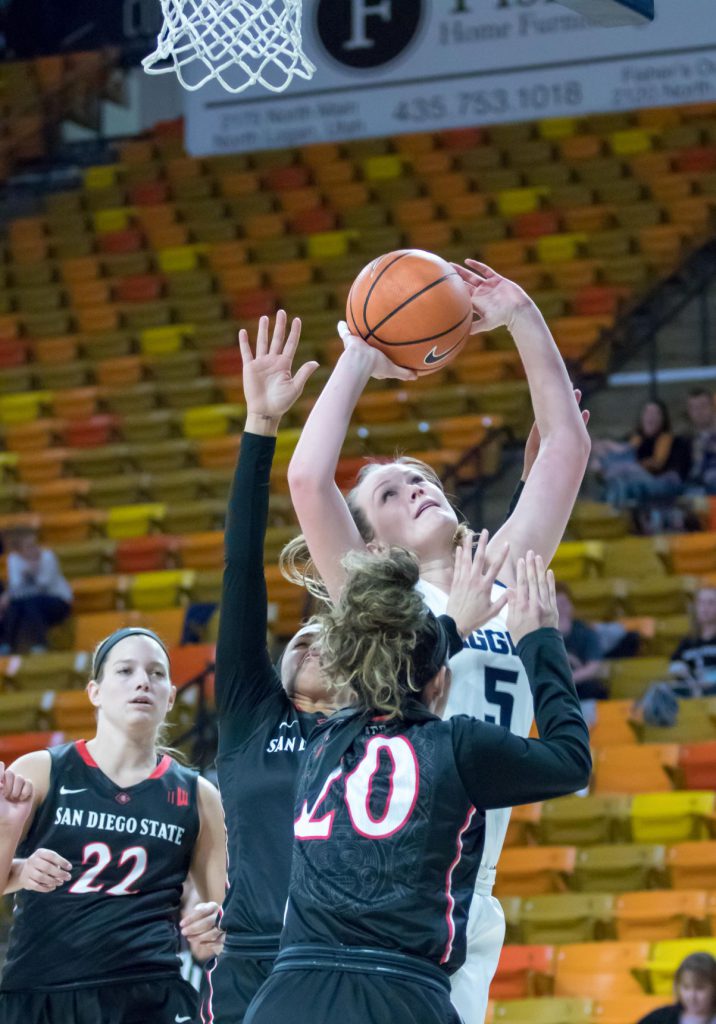 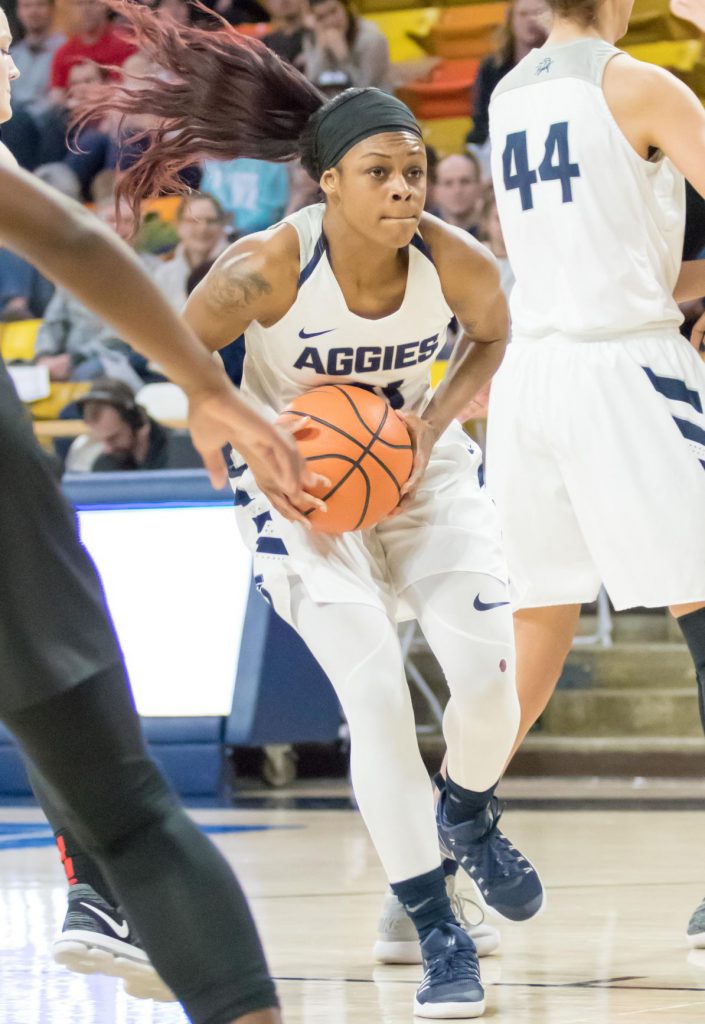 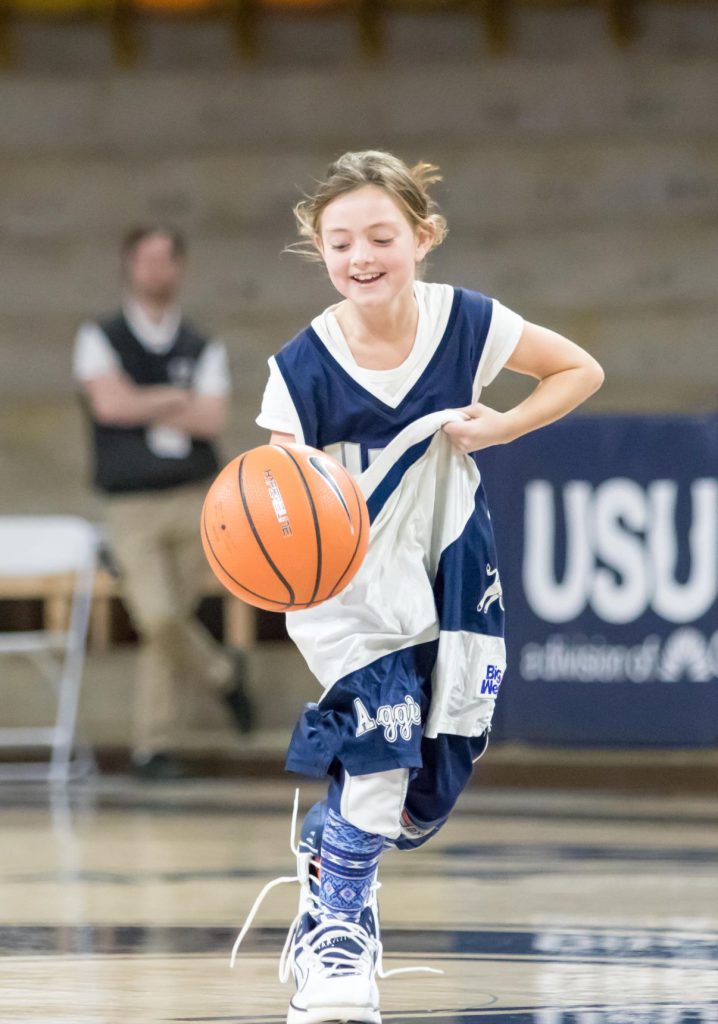 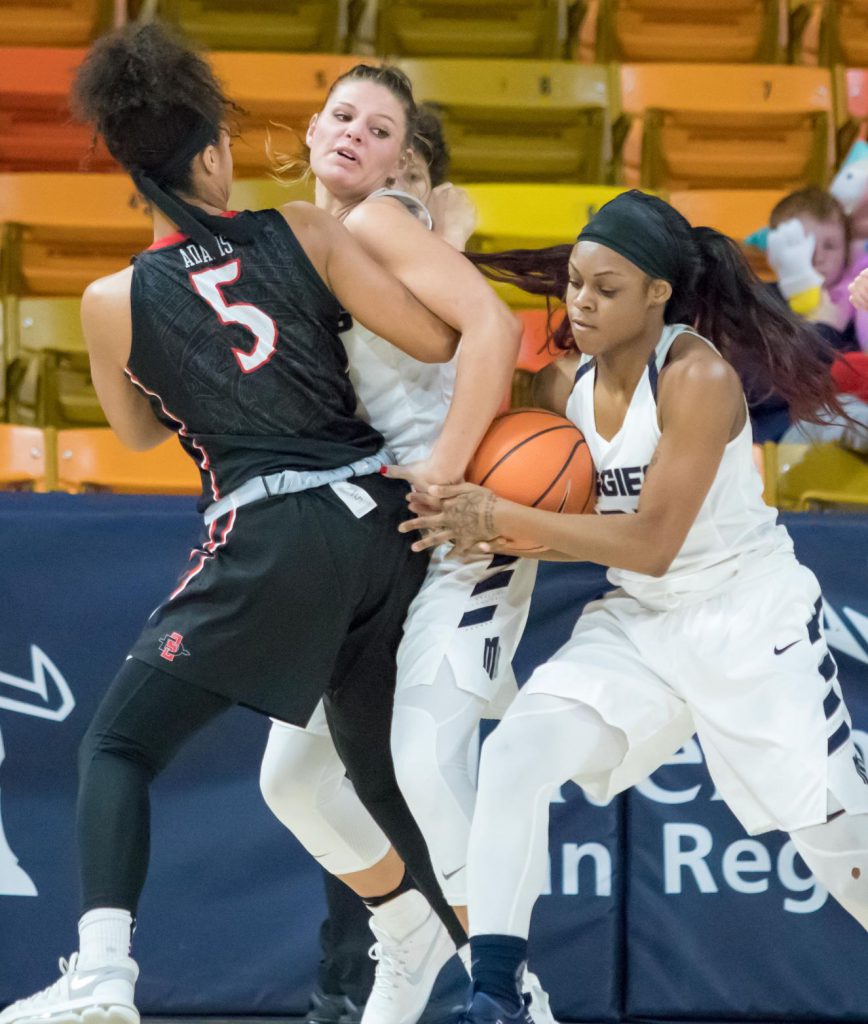 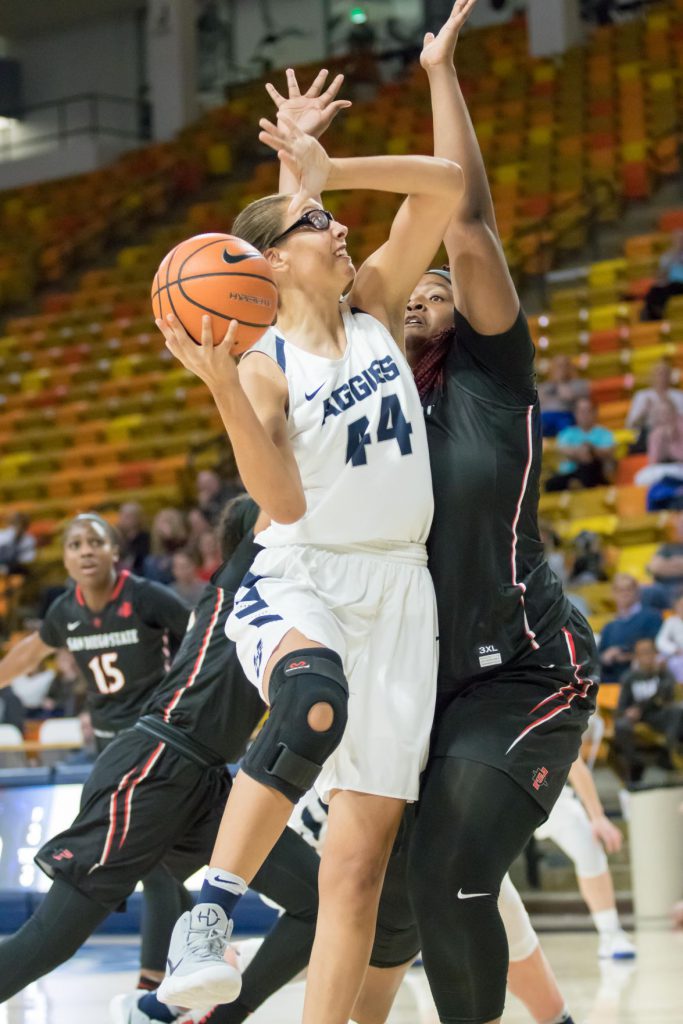 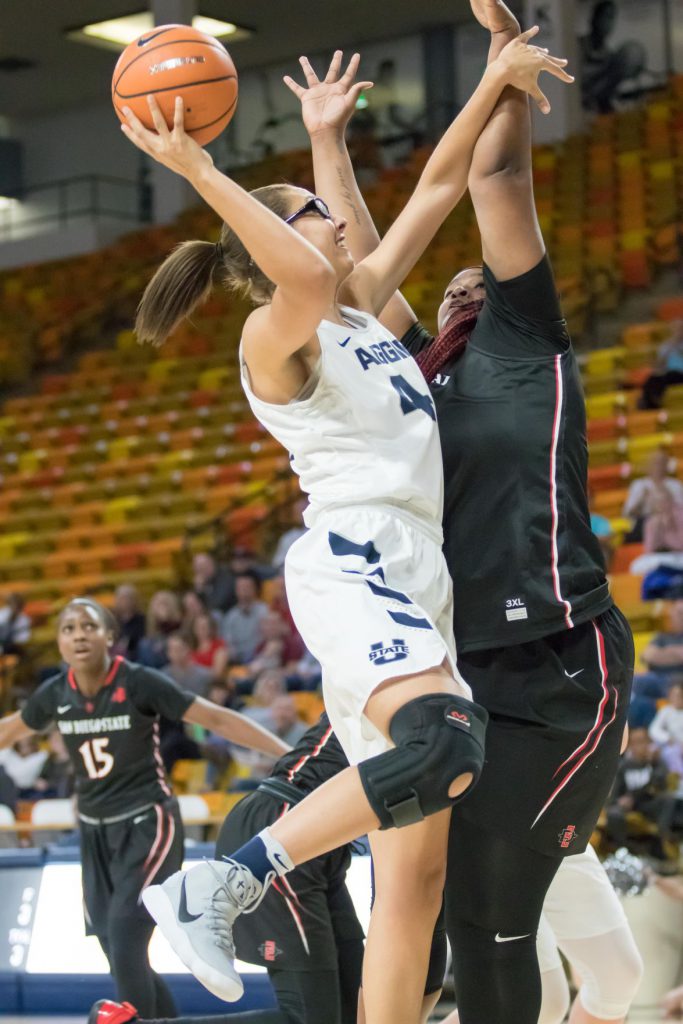 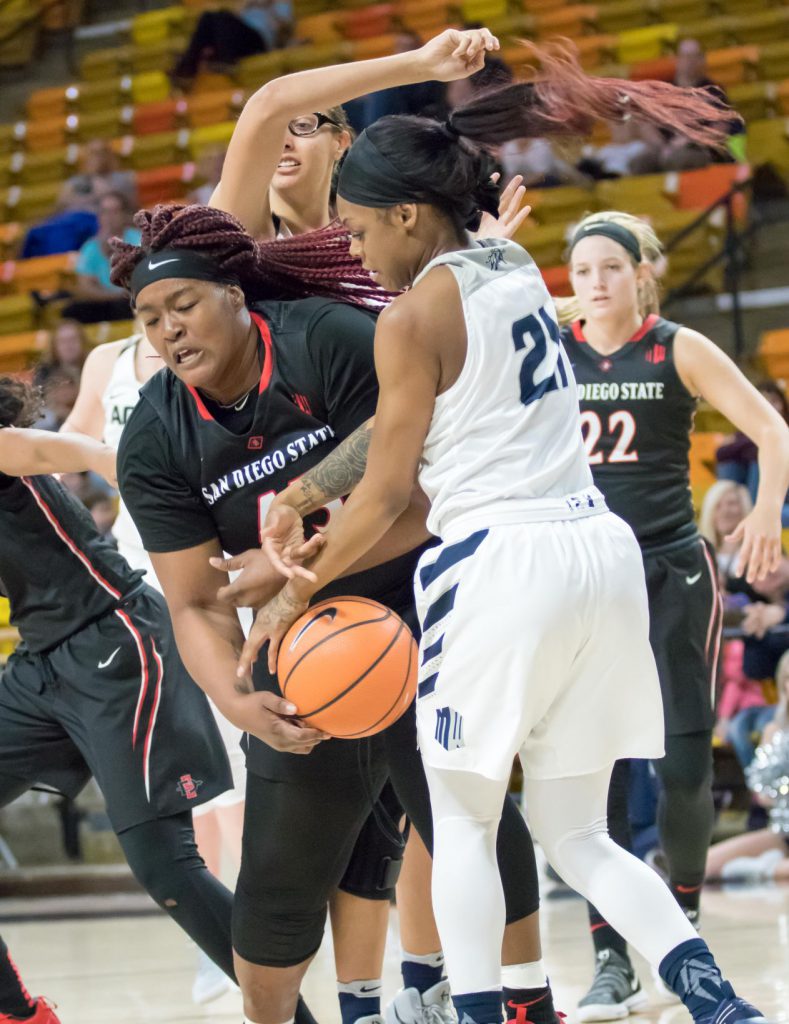 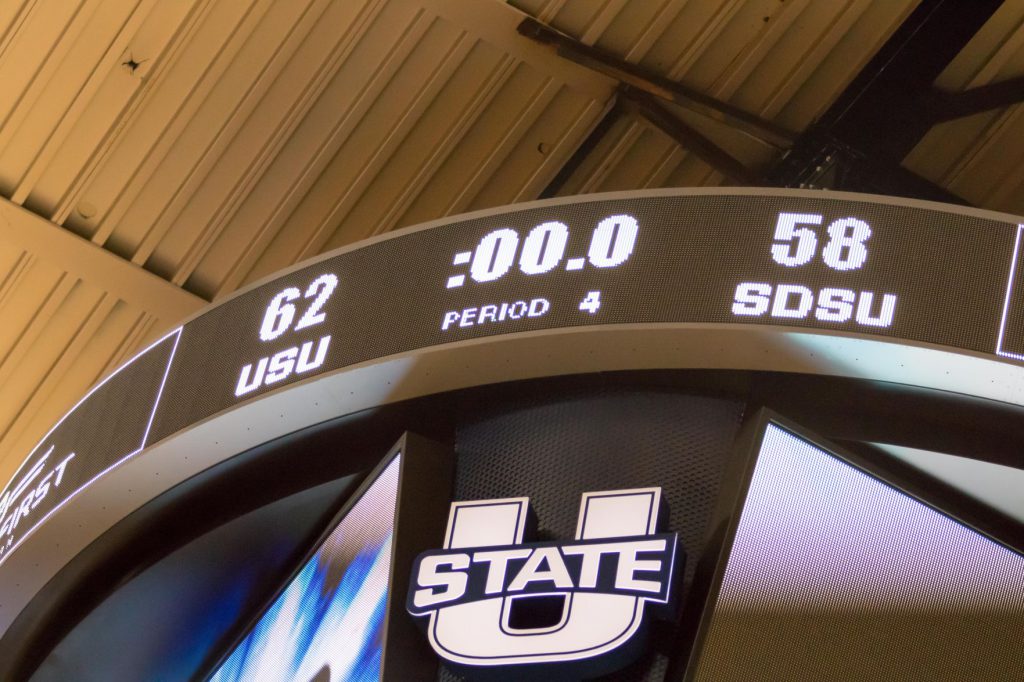