The Deseret News reports the governor was responding to a question from a ninth-grade student on Wednesday when he said Utah will likely legalize medical pot — if there is appropriate research and scientific evidence to back it up.

Herbert, a Republican, signed a bill allowing research into the risks and benefits of medical marijuana this year, after lawmakers shied away from passing a broader program.

Medical marijuana advocates, meanwhile, say they’re done waiting for lawmakers and want to get on the November ballot so they can ask voters to legalize it.

Herbert has previously said he wouldn’t want to approve medical pot if it would to turn into “Dr. Feelgood” handing out “doobies.” 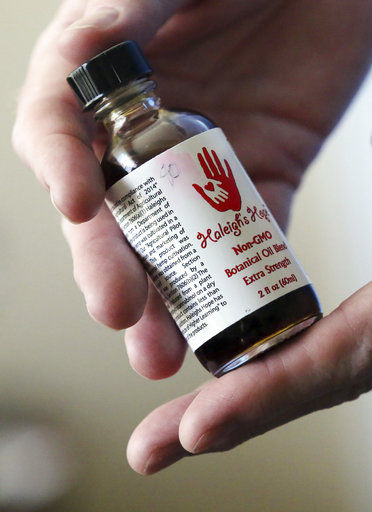 This June 6, 2017, photo, Utah resident Doug Rice administers the CBD oil Haleigh's Hope, a cannabis compound used by his daughter Ashley at their home in West Jordan, Utah. Utah lawmakers balked again this year at joining more than half of all U.S. states and passing a broad medical marijuana law. Rice says Utah's approach means his daughter, who has a genetic condition, is missing out on the one drug that eliminates her frequent seizures. (AP Photo/Rick Bowmer)