SACRAMENTO, Calif. (AP) — Donovan Mitchell scored 23 of his 34 points in the second half and the Utah Jazz beat the Sacramento Kings 120-105 on Wednesday night.

Ingles made three 3-pointers in the third quarter when Utah scored 36 points to break open a tight game. He later added an assist with a blind backward pass over his shoulder that led to Jonas Jerebko’s dunk.

Utah’s outstanding rookie split a pair of defenders at the arc, then drove in for a <a href=”https://twitter.com/NBA/status/953848149424173057″ target=”&mdash;blank”>dazzling, uncontested, leaping one-handed dunk.</a> Mitchell scored the next six points for Utah and Hood added six straight to make it 85-67.

Mitchell, the 13th overall pick by Denver before being traded to Utah, finished 14 of 19 from the floor with three assists. He scored 12 points in the fourth quarter for the Jazz, who have won four straight in Sacramento.

Bogdan Bogdanovic scored 25 points and Willie Cauley-Stein had 26 points and 10 rebounds for the Kings.

George Hill added 20 points and Zach Randolph had 12 for Sacramento. The Kings have lost six straight and 10 of 13.

The Jazz trailed by 10 early in the first quarter but closed the period on a 15-3 run and went up 23-21 on Hood’s buzzer-beating 3-pointer.

Ingles beat the shot clock buzzer with a 23-foot jumper midway through the second and added a 3-pointer that extended Utah’s lead to 44-35.

Jazz: Mitchell has scored 30 or more in five games this season. … Favors had 10 of Utah’s 17 rebounds in the first half, including all five offensive rebounds. … Thabo Sefolosha sat out his second consecutive game with a sprained right knee.

Kings: De’Aaron Fox fouled out late in the fourth quarter. He had six points and four assists. … Vince Coleman and Garrett Temple were both held out as part of coach Dave Joerger’s new plan to rest two veterans each game. Sacramento also played without Skal Labissiere (left shoulder strain).

Kings: Play at Memphis on Friday. 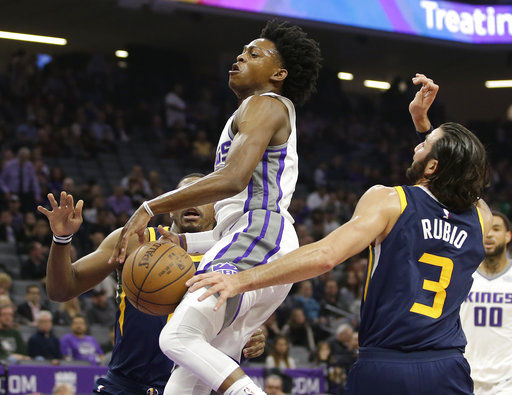 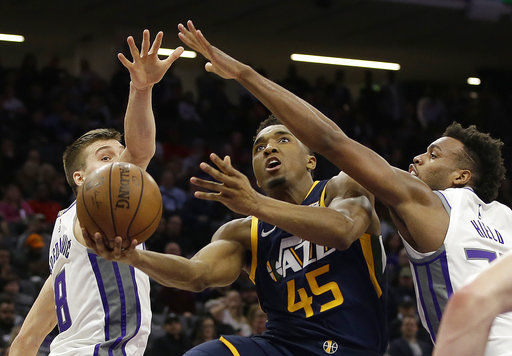 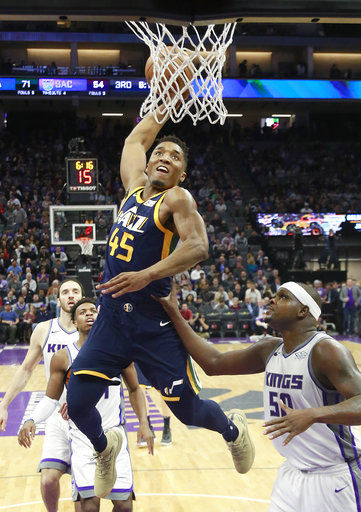 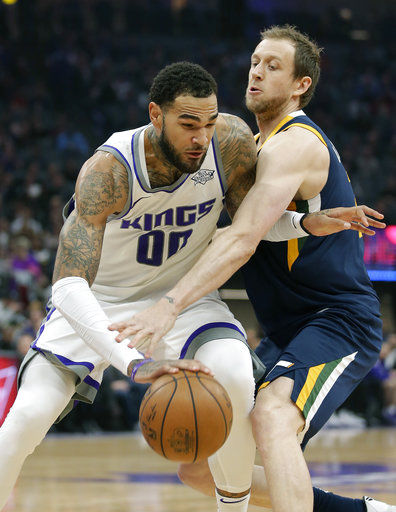