SALT LAKE CITY (AP) — A new task force that includes a high-ranking Mormon leader, the Utah Jazz owner and the leader of an LGBT rights group was created Wednesday by Gov. Gary Herbert to address a troubling rise in teen suicides in Utah.

The new coalition is the latest attempt by state officials to find out why so many teens are killing themselves and to come up with ways to prevent the suicides. State and federal health care experts have closely examined the rise but haven’t been able to identify a single cause.

There were 44 suicides among youth ages 10-17 in 2017 — matching the record previously set in 2015, shows new data unveiled Wednesday by Utah state health officials. The average yearly total over the last five years is more than double the yearly average from the previous decade.

Herbert called it an emergency situation and ordered the coalition to immediately work with existing suicide prevention groups to compile a list of proposed solutions for a report due by Feb. 15. He said he’s open to devoting more state funds.

“I’m smart enough to know that no one single issue, one single solution will in fact prevent all suicides, but I do believe that a more concentrated, coordinated approach by all of us working together can in fact reduce incidents of teen suicides,” said Herbert, a Republican.

The group includes Ronald A. Rasband, a member of The Church of Jesus Christ of Latter-day Saints’ top governing body called the Quorum of the Twelve Apostles. He said the religion is updating its suicide webpage to focus more on prevention and said the faith is “as anxious as anybody to get to the bottom of it, stop it and provide resources.”

Rasband said the coalition’s findings could lead to a change in how the religion deals with the issue.

“We’re not the only owner of good ideas,” said Rasband, who was the CEO of Huntsman Chemical Corp. before being selected to join church leadership full-time in 2015.

In Utah, where as many of two-thirds of the state’s 3 million residents are members of the Mormon church that opposes same-sex relationships, LGBT youth have struggled to find acceptance. That has led LGBT advocacy groups to assert in that the rise in suicides could be linked to these teens’ struggles.

A report by the U.S. Centers for Disease Control and Prevention studying the spike in teen suicides in Utah backed up a finding by state officials that a small fraction of suicide victims were definitely gay or lesbian.

But state and federal investigators agree that more needs to be done to assess whether sexual orientation was a factor with the victims. Federal investigators were only able to determine the sexual orientation of fewer than one-third of the victims over a five-year span. Among those 40, researchers concluded six of them were gay, lesbian or bisexual.

The state has hired an epidemiologist who is helping the state medical examiner with death investigations and hopes to be able to find out more details about the victims and possible contributing factors, including sexual orientation.

The coalition will be co-chaired by Lt. Gov. Spencer Cox and state Rep. Steve Eliason, both Republicans. Eliason implored parents to keep their guns locked up, noting that firearms were used in the majority of youth suicides last year. He also called on parents to “stay close to your teens throughout their teen years” and “love your children no matter what.”

Cox said he experienced dark times and had dark thoughts when he was young after his parents divorced and he was bullied. He urged everyone to help make sure other youth feeling like he did don’t feel alone. He said people need to be particularly aware of LGBT youth.

“Everyone needs to know that they are loved for who they are,” Cox said. 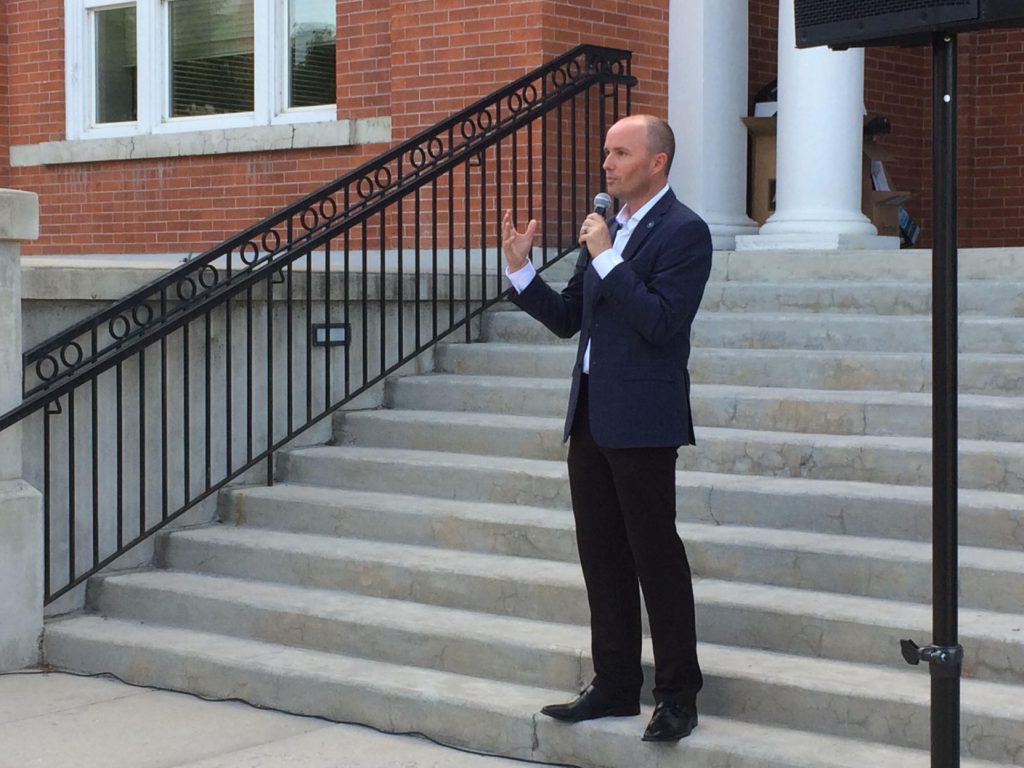 Lt. Gov. Spencer Cox addresses a crowd from the steps of the Historic Cache County Courthouse as part of his 25k Jobs Launch Tour. 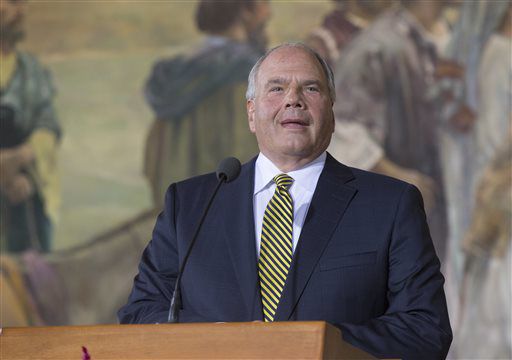 FILE - Ronald A. Rasband, a newly named member of the Quorum of the Twelve Apostles, speaks at a press conference on Saturday, Oct. 3, 2015, in Salt Lake City. (AP Photo/Kim Raff) 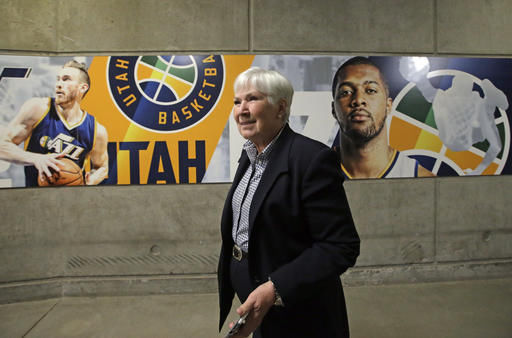 FILE - Gail Miller, owner of the the Larry H. Miller Group of Companies arrives before the start of their NBA basketball game against the Oklahoma City Thunder Monday, Jan. 23, 2017, in Salt Lake City. (AP Photo/Rick Bowmer)