Hardaway pulled up for a 3-pointer from the top of the arc and finished the four-point play after a foul, then added a dunk to give the Knicks a 109-100 advantage with 3:21 remaining. The fifth-year guard was 6 for 7 from behind the arc as New York shot 55 percent from 3-point range.

The Jazz missed three straight 3-pointers on one possession with less than 30 seconds left that would have tied the game at 115 after a late 11-2 run that included Joe Johnson’s corner 3 and Rudy Gobert’s three-point play.

Courtney Lee scored 18, and his 13-point third quarter helped the Knicks rebound from a 10-point deficit to take an 85-78 lead into the fourth. Kristaps Porzingis added 18 points.

Gobert had 23 points and 14 rebounds in his first game since Dec. 15 due to a sprained knee, but the second-team All-NBA center looked athletic in his return. He also had three blocks.

Rodney Hood had 18 points, while Donovan Mitchell and Ricky Rubio each scored 17.

The Jazz took a 55-49 lead into halftime thanks to an aggressive Hood, who returned to the starting lineup for the first time in nearly a month. A 16-6 stretch highlighted by a pair of twisting layups from Gobert and Derrick Favors’ dunk pushed the margin to 48-38 before the Knicks chipped away right before the break.

Knicks: Coach Jeff Hornacek plans to keep Hardaway on a minutes restriction of about 25 per game during the current seven-game road trip as he continues to work his way back from a left leg injury. He played 27 minutes against Utah.

Gobert played 30 minutes in his return, though coach Quin Snyder has the big man on a minutes restriction. Snyder wasn’t sure if Gobert would be available Saturday on the second night of a back-to-back. Snyder said it was possible, but the decision would be made later.

Snyder moved Hood back into the starting lineup for the first time since Dec. 21. Joe Ingles was sent to the bench for the first time all season. “We haven’t started games well — that’s no secret,” Snyder said. “That’s no one guy’s fault. If that’s anybody’s fault, it’s mine. Guys are going to play about the same minutes, they just play it at slightly different times.”

Knicks: Travel to face Lonzo Ball and the Los Angeles Lakers on Sunday. 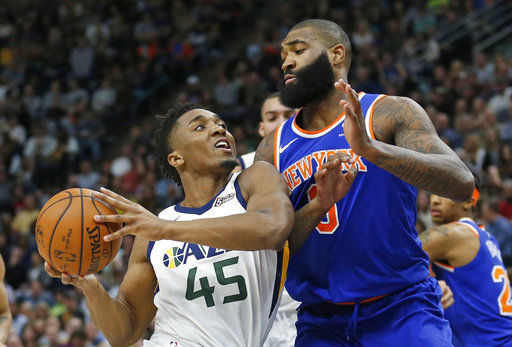 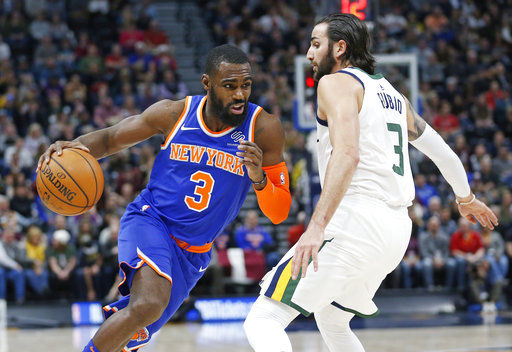 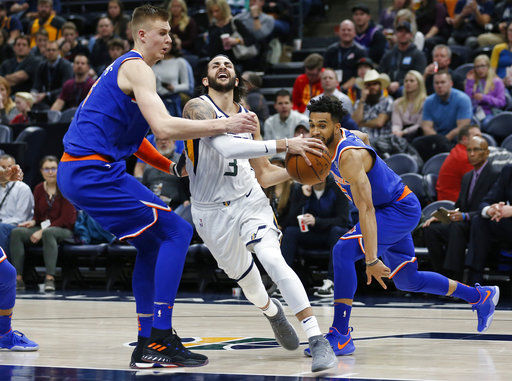