Donovan Mitchell scored 23 points and helped Utah close out a 125-113 win over the Los Angeles Clippers with their second-highest point total this season.

Despite missing starting guard Rodney Hood because of a leg injury, Utah set season bests for points in the first quarter (39) and first half (76). It never trailed while ending the Clippers’ six-game winning streak.

“Just playing with force,” Jazz center Rudy Gobert said. “Being aggressive. Moved the ball. Our defense got a lot of deflections, a lot of steals and got a lot of easy stuff from that.

“It felt good, but at the same time they were scoring too much. So it didn’t feel great. It’s kind of like you’re having fun offensively, but can’t get a stop. If you get stops, the game is over in the third.”

The Jazz drove to the basket at will in the first half, shooting 62.5 percent en route to a 76-59 halftime lead. They began the night ranked 26th in the league in points per game.

“Honestly, we just didn’t have it,” Clippers coach Doc Rivers said. “They played a lot harder than us, which I rarely say. They played desperate.

“We didn’t handle their pressure. They pressured us in the first half. Second half, we were much better. But in the first half, I just didn’t think we were ready for the intensity that they were going to bring.”

Joe Ingles got aggressive and finished with a career-high 21 points, reaching the 20-point mark for just the third time in his career. Mitchell had his 21st game of 20-plus points, most among rookies, and also had seven assists and four rebounds. Derrick Favors had 14 points and 12 rebounds.

“When the ball sticks or stays on one side of the floor, we’re not going to be as efficient,” Jazz coach Quin Snyder said. “We’re a team that needs the ball to move side-to-side. And when it does, Joe’s usually involved in helping it move and he’s the beneficiary, a lot of times, of that movement. He was ready to shoot and aggressive.”

Clippers: DeAndre Jordan missed his fourth straight game with a left ankle sprain. … LA allowed 50 points in the paint. … The Clippers were outrebounded 56-34.

Jazz: Gobert played 28 minutes as he works his way back from a sprained knee. He wasn’t as effective as his 23-point, 14-block effort Friday, but was able to play the second night of a back-to-back. He finished with 16 points, seven rebounds and three blocks.

“I think it’s collective,” Snyder said about replacing his offense. “It’s more about us being efficient offensively. We’ve got a little bit of a Chinese water torture as far as how we need to score. Everybody’s got to do a little bit.

“Our guys are great about being unselfish and not caring who gets shots. Different guys are going to get shots. The way we’ve been balanced, we’ve had a lot of guys lead us in scoring and have big nights. That’s what we need.”

“I’ve had the most fun that I’ve had in years coaching a group,” Rivers said before the game. “It does remind me a lot of my first year in Orlando, we had that crazy group of guys. It’s just a fun group to coach. They’re extremely coachable. They want to do right. They get along and play together and sometimes you’re fortunate enough to win games.” 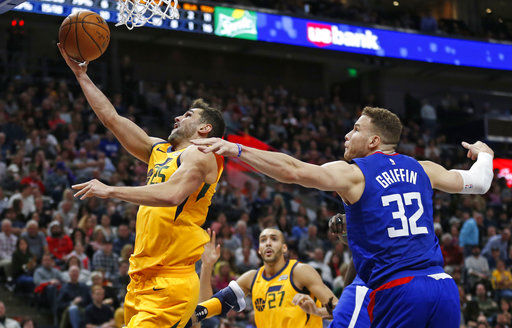 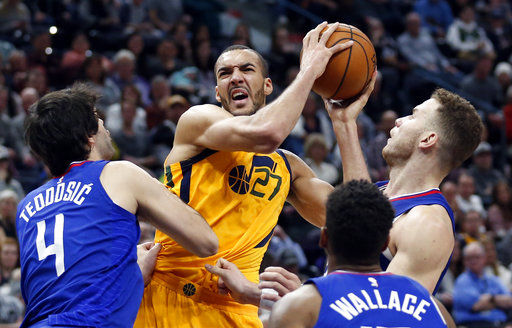 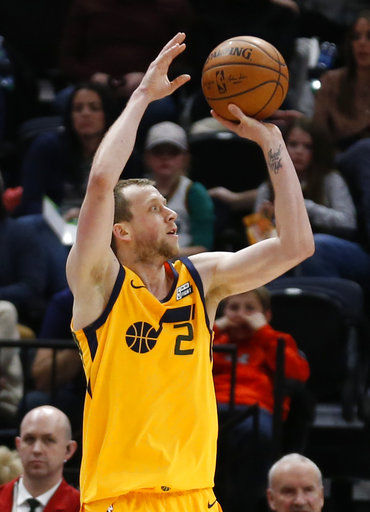 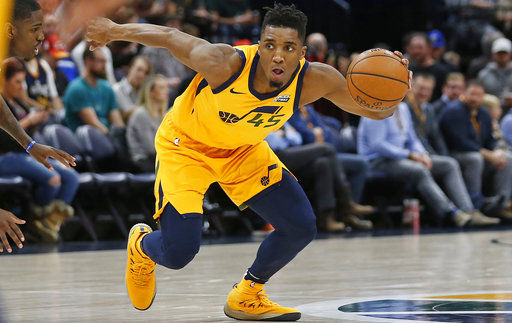 Utah Jazz guard Donovan Mitchell brings the ball up against the Los Angeles Clippers during the second half of an NBA basketball game Saturday, Jan. 20, 2018, in Salt Lake City. (AP Photo/Rick Bowmer)