MEMPHIS, Tenn. (AP) — The Utah Jazz ended their four-game road trip undefeated, though the final victory was much different than the others.

The Jazz offense, which had been running smoothly, struggled a bit Wednesday night but still did enough to produce a 92-88 win over the Memphis Grizzlies that marked Utah’s seventh straight victory.

Over the previous six games in the streak, Utah was averaging almost 118 points and converting just under 52 percent of its shots from the field. Utah didn’t maintain that pace against Memphis, however, as the Jazz closed out the road trip shooting 42 percent from the field, going 6 of 22 from outside the arc and committing 20 turnovers.

“I thought we looked a little fatigued and sometimes that shows itself on offense,” Jazz coach Quin Snyder said. “Really, we were able to play through that and still defend. That’s what won us the game.”

Ricky Rubio had 29 points and eight rebounds to lead Utah, while Rodney Hood scored 18. The Jazz never trailed, and they still held an 11-point lead early in the fourth. Memphis did cut it to 80-74 midway through the period, but Utah never let Memphis get any closer until Mario Chalmers made a 3-pointer as the horn sounded for the final margin.

“We were playing pretty well offensively throughout this win streak and (Wednesday) was a grind,” Hood said. “They created some turnovers, but we gutted it out and made plays, hit free throws down the stretch and we got stops when we needed to.”

Memphis lost its fifth straight as it continues to spiral toward the draft lottery.

“The most important thing for us is that we continue to fight no matter what,” interim coach J.B. Bickerstaff said. “And we recognize the odds, right? But our guys don’t lay down. They continue to fight for one another.”

Meanwhile, the Jazz just want to build on the success they’ve enjoyed over the last couple of weeks.

“We’ve got seven in a row, but we want more,” Rubio said.

Jazz: Royce O’Neal, the rookie from Baylor, missed his first 3-pointer, ending a streak of converting five straight from outside the arc over the past two games. … Rubio had his 36th game in double figures. He is averaging 27.7 points per game over his last three. … Rudy Gobert had 12 rebounds and two blocks.

Grizzlies: Memphis snapped a string of nine straight games allowing at least 100 points. … Memphis held Utah under 100 points for the 27th straight meeting between the teams. … Harrison’s previous career high was 21 points at Toronto on Nov. 30, 2016. … Gasol had three blocks and five assists.

Bickerstaff was ejected in the fourth quarter after drawing his second technical foul — both courtesy of official Marc Davis in the final period. “I think it was more one-sided than it was me and Marc Davis,” Bickerstaff said of the exchange. Bickerstaff got his first technical with 9:19 to go, then was tossed less than two minutes later. He said he was simply telling Harrison to ignore talking to Davis and “go play.” ”That’s a technical foul, apparently,” the Memphis coach said. Davis also ejected Brooks in the closing seconds.

Rubio is averaging 21.1 points this season and has played particularly well during the winning streak. He has scored at least 20 points four times during the streak. “The thing I like to see with Ricky is I think that he’s really dug into some of the things tangibly that he can work on as a player,” Snyder said. “He’s gotten more comfortable leading the team, and I think you see that. The focus for him that we’ve talked about is just be solid, run the team offensively, and help think for your teammates.”

Grizzlies: Travel to Oklahoma City to face the Thunder on Sunday. 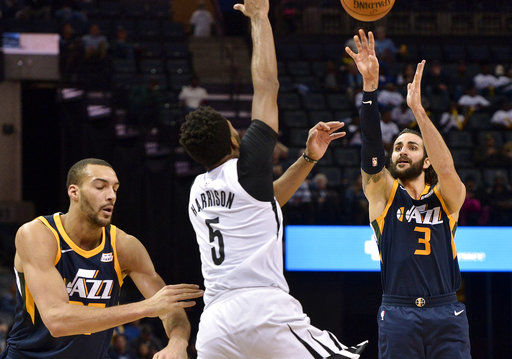 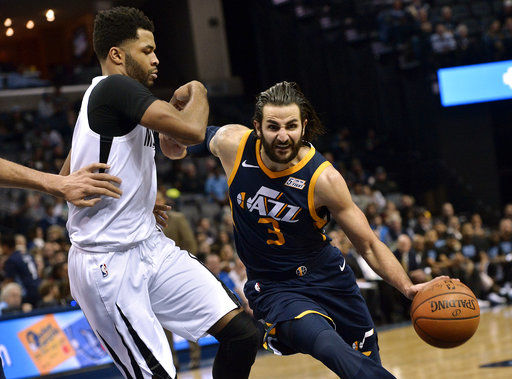