A 26-year-old Trenton man was hospitalized Friday morning after a two-vehicle accident, west of Smithfield.

Utah Highway Patrol Sgt. Cade Brenchley said the man was driving a blue pickup truck southbound on 4800 West at approximately 6:40 a.m. The truck reportedly failed to stop at a stop sign and was broadsided by a semi-truck, traveling west on SR-218.

“The truck rolled a few times,” explained Brenchley. “The driver was not wearing a seat belt and was ejected from the truck. He was located about 50 ft. from the truck in a field.”

The man was partially alert when emergency crews arrived on the scene. He was transported to the Cache Valley Hospital with non-life threatening injuries. The driver of the semi was shaken up but did not sustain any injuries.

Troopers located a bottle of alcohol near the crash scene. The pickup truck driver admitted to troopers he had been drinking a little, but could not say when.

Jack John, the pickup truck driver’s father-in-law, said Dylan Carlgren was flown to Ogden Regional Medical Center for treatment of severe head trauma. He claims his son was not drunk and blood tests have come back negative.

Brenchley said Carlgren will likely be ticketed for multiple violations.

“Minimum of failure to yield, failure to stop at a stop sign, failure to wear a seat belt. We’ll continue some investigation into the possibility of impairment due to alcohol.”

Troopers say the Carlgren is lucky his injuries were not worse. It is believed both vehicles were traveling at approximately 55 mph at the time of the crash. 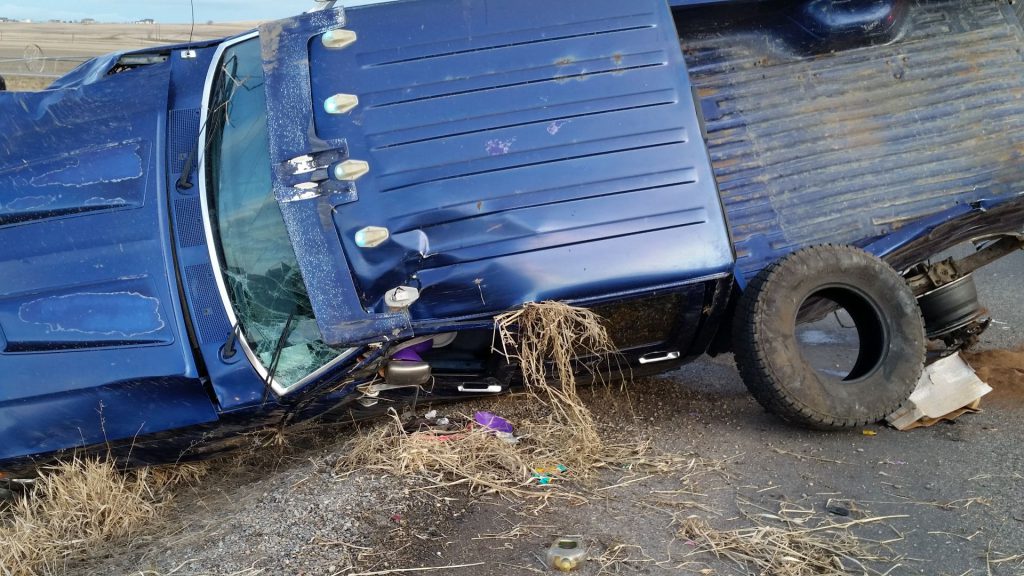 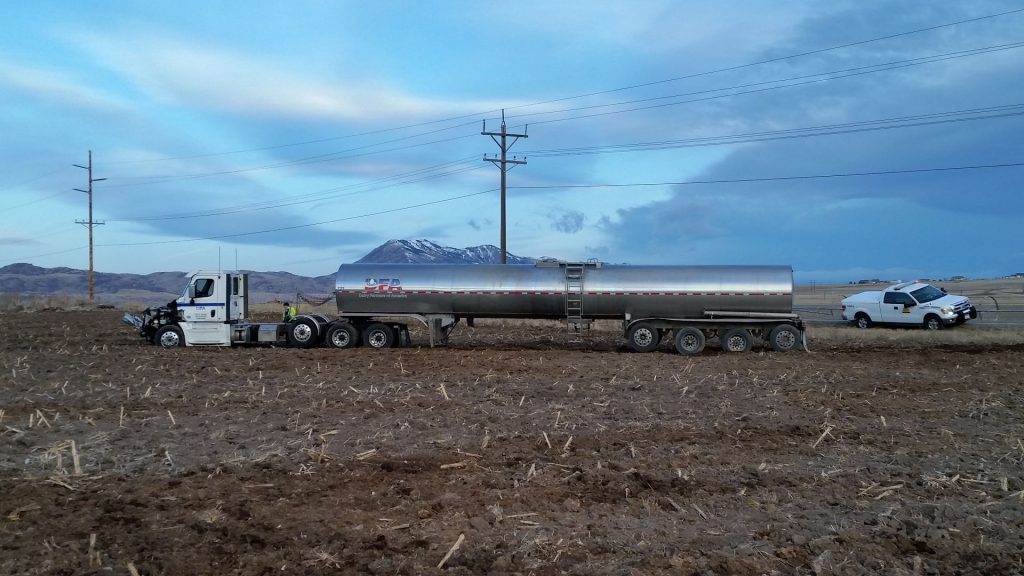 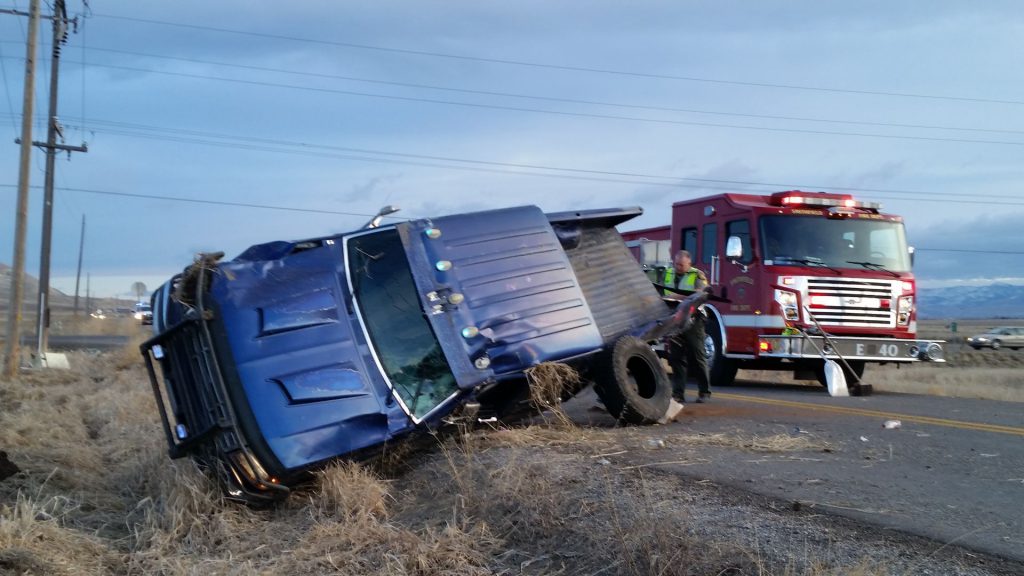 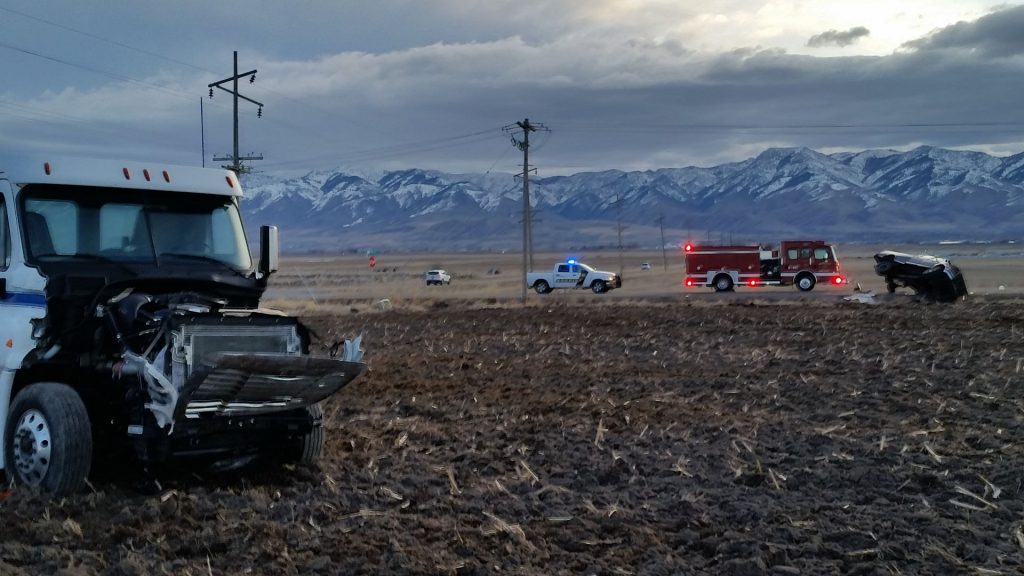 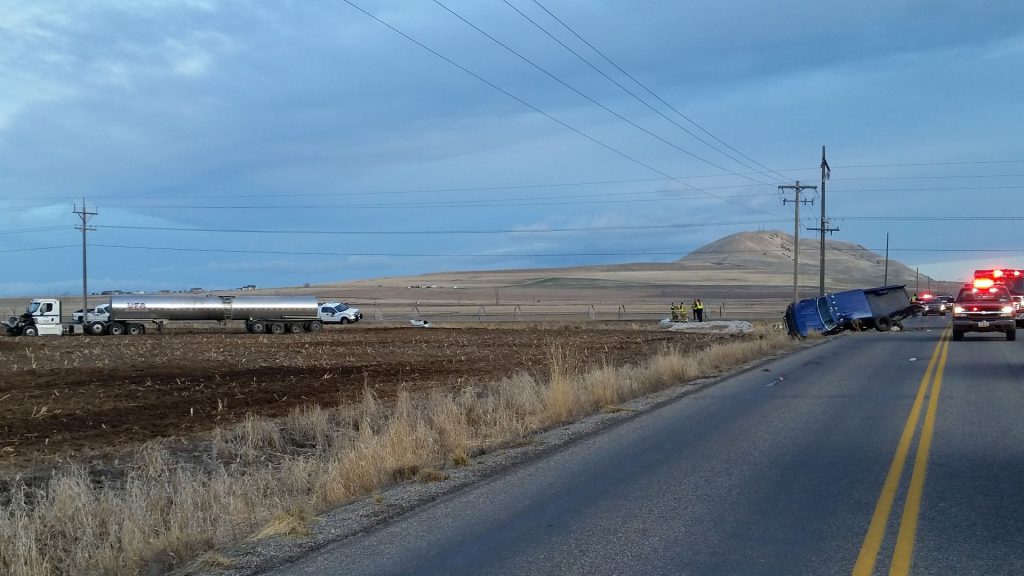