PORTLAND, Ore. (AP) — Donovan Mitchell scored 27 points and newcomer Jae Crowder had 15 in his Utah debut to help the Jazz win their ninth straight game, 115-96 over the Portland Trail Blazers on Sunday night.

Joe Ingles added 24 points for the Jazz, who were playing without Ricky Rubio because of a sore hip. It is Utah’s longest winning streak since also stringing together nine in 2010.

Damian Lillard, coming off a 50-point game against Sacramento on Friday night, had 39 points for Portland. The Blazers had won nine in a row at home.

Utah, which trailed most of the first half, took over in the second half and stretched the lead to 89-65 on Jonas Jerebko’s 3-pointer early in the fourth quarter.

Crowder, acquired in a three-team trade from the Cavaliers at the deadline this week, made his first appearance with the Jazz, entering the game with 6:12 left in the first quarter. Crowder’s dad, Corey, played for the Jazz in the 1991-92 season.

The Blazers were coming off a 118-100 victory at Sacramento on Friday. Lillard scored 50 points through three quarters in that game.

Lillard hit a jumper over Crowder’s outstretched arm and added a free throw to give the Blazers a 26-19 lead at the end of the opening quarter. Portland stretched the lead to 30-19.

Favors came down hard in the second quarter was holding his right ankle, but then dunked on the other end to close the Jazz to 30-26.

Crowder hit a 3-pointer that pulled the Jazz to 39-36, but they couldn’t get closer until Gobert dunked and had a pair of free throws to get Utah within 44-43 at halftime.

Lillard led all players at the half with 13 points. No Jazz players were in double figures.

Utah pulled into a 53-56 lead to open the second half, with Joe Ingles hitting a pair of 3-pointers. The Jazz outscored the Blazers 22-5 to go ahead 65-49, capped by Donovan Mitchell’s 3-pointer.

Blazers center Jusuf Nurkic went to the locker room in the third quarter. The team said he had low back soreness and right hip pain.

Jazz: On Saturday the Jazz released Derrick Rose, acquired from in the three-team trade from Cleveland. … Sacramento waived Johnson on Sunday. … The Jazz signed Naz Mitrou-Long to a 10-day contract Sunday. Mitrou-Long appeared in 32 games for the Salt Lake City Stars of the G-League, averaging 16.7 points and 6.1 rebounds. He was signed to a two-way contract with the Jazz earlier this season and also spent training camp with the team.

Trail Blazers: Lillard joined teammate McCollum and Klay Thompson as the only players this season to score 50 points in less than 30 minutes. … Portland’s home winning streak was their longest since 2009, when they won 12 in a row. 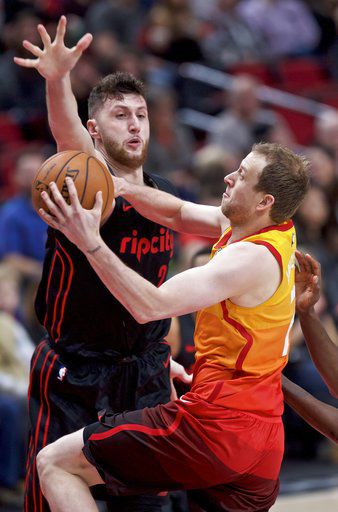 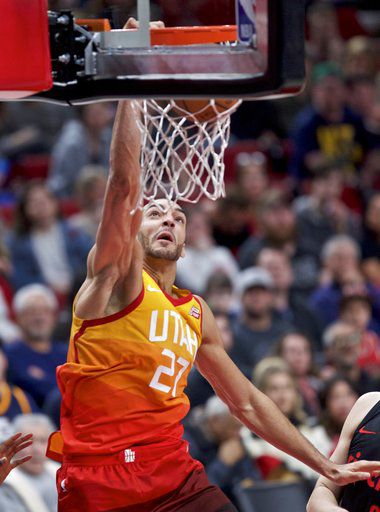