Earlier this week a Cache Valley company made a major sponsorship deal with Utah’s newest professional sports team. Utah Royals, a women’s professional soccer team in the National Women’s Soccer League, announced on Monday that Conservice is sponsoring the front and back of the jerseys through the 2020 season.

Both Real Salt Lake and the Royals are owned by Dell Loy Hansen, who also has ownership in Conservice, a utility billing company.

Conservice Chief Operating Officer Aimee Cox says the Logan-based business is excited to be prominently featured on the jerseys. The company name will appear in large letters across the front and the company’s slogan, “The Utility Experts”, will appear across the back beneath the player’s numbers.

“We’re excited for what this might mean in terms of employee attraction and retention, as well as just some national recognition for some areas we are looking to get into, such as our commercial market.”

Besides the opportunity to be prominently featured with a professional sports team, Cox says there is another opportunity that stands out for the partnership.

“We are approaching it in terms of not only what soccer does for our community, but what women in soccer, specifically, do, the positive impact on our community. Conservice is a pretty big supporter of women in the workforce so we saw it as a great partnership.”

The Royals begin their 12-game season in the NWSL this spring, with their first game coming up on April 14th. They will play in Rio Tinto Stadium in Sandy.

Cox says she started with Conservice 14 years ago when there were only eight employees. Today, the utility billing company employs over 1600 people in Logan, Clearfield, San Diego, California and Rexburg, Idaho. The company services over 3 million clients in multi-family apartments, student housing, military housing and now retail and commercial buildings. 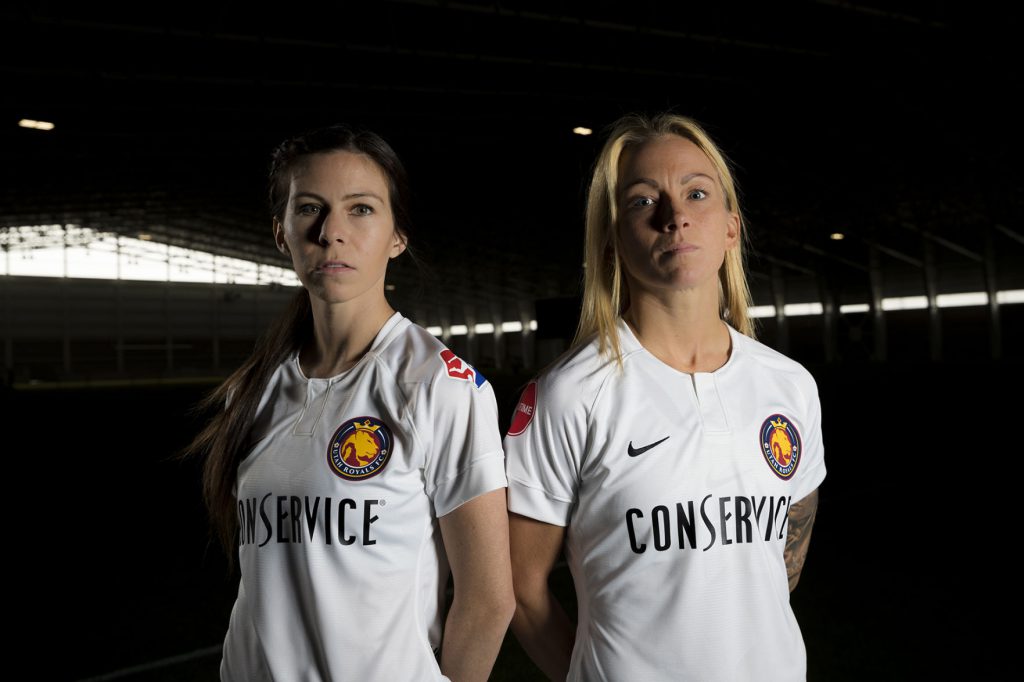