‘Unga, who spent the 2017 season as a defensive administrative assistant for the Aggies, will coach the outside linebackers for USU.

“We are very pleased to announce the addition of Uani ‘Unga to our defensive staff,” said Wells. “His experiences as a player at this level and in the National Football League, and his background and where he grew up, will help us in recruiting as well as developing our outside linebackers to the highest level possible. We are excited about Uani’s expanded role on our staff.”

“I’m really grateful for the opportunity to work with a group of great young men,” said ‘Unga. “I think some of the best athletes on defense come out of the outside linebackers’ room, and what a great opportunity it is for me, now as their position coach, to help grow and develop their craft. I appreciate the defensive coaches and coach Wells for trusting me in this roll.”

‘Unga came to Utah State after spending the 2016 football season as a volunteer coach at Orem (Utah) High School, working with the linebackers and special teams.

‘Unga began his collegiate career at Oregon State (2009-10) before transferring to BYU, where he redshirted in 2011 and then played in 2012 and 2013. As a senior, he led the nation with 143 tackles (62-solo, 81-assist). During his two-year BYU career, he recorded 171 tackles (78-solo, 93-assist), which included 1.0 sacks and 10.5 tackles for loss, while adding three forced fumbles, one fumble recovery and one interception, to go along with four pass breakups and one quarterback hurry.

Following his collegiate career, ‘Unga signed an NFL free agent contract with the New York Giants and spent three seasons with the franchise. He made his first career start in the NFL against the Dallas Cowboys in 2015 and intercepted a Tony Romo pass during the game.

‘Unga has two older brothers who also played college football as Paul was a defensive end at Arizona State and J.J. was an offensive guard at Midwestern State. He also has a twin brother, Feti, who played linebacker at Oregon State, while his younger brother, Metuisela, plays tight end at Hawaii, and his other younger brother, Chris, plays nose guard for Utah State.

‘Unga and his wife, Lachelle, have two daughters, Vikatolia and ‘Ofa, and three sons, Kingston, Jon and Apaiata. 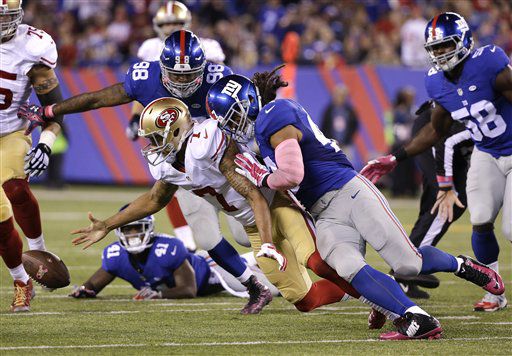