The access road to Macey's and other businesses in Alder Square was recently relocated further away from the intersection of SR 165 and 100 North in Providence. A new car wash, called Quick Quack, will be coming soon to Alder Square and will reportedly be located just to the south of access road.

Several new developments are taking shape in Providence, from commercial to residential. The project that is moving furthest along is the future home of Black Bear Diner, located just to the south of Chase Bank in Alder Square, the development along State Road 165 in Providence which includes Macey’s.

According to Providence City officials, the building is large enough for another tenant, and will not be exclusively used by Black Bear Diner. That other tenant has not yet been identified. There are currently nine Black Bear Diners throughout Utah with three others on the way. Besides Providence, the restaurant chain has plans to build in Woods Cross and Washington.

Just to the south of Black Bear Diner, another restaurant will soon be taking shape. A new Panda Express will be going in to that space and ground work has gotten underway. Cache Valley has one other Panda Express location, located on 1400 North near Lee’s Marketplace.

The developments started to move along after a recent realignment of the SR 165 access to Alder Square. Providence City Mayor John Drew says the realignment was mandated by the Utah Department of Transportation for safety reasons. Access to the shopping area was moved further south to make it safer for motorists coming in and out of the shopping area.

“It’s all good news for the city,” says Drew.

Drew says another project will be coming soon to Alder Square, a new car wash called Quick Quack. There are currently nine locations throughout the state, all of which have opened within the last year-and-a-half. The Quick Quack coming to Providence is reportedly going in just to the south of the new entry way to Alder Square.

Construction is also underway for a new Big O Tires location in Providence. That building is taking shape between Edwards Furniture and Intermountain’s South Valley Clinic. Upon completion, it will be the second Big O Tires in Cache Valley, with two others in Box Elder County.

Drew says more projects are being proposed by developers that may include a mix of commercial and residential.

Commercial development isn’t the only construction taking off in Providence.

“We have residential development going on all over the city,” says Drew.

He says if you drive around Providence City, you’ll see developments popping up to the north, to the south, to the east and to the west.

“We have an annexation petition for the north end of town,” Drew explains. “We’ve got Little Baldy which is against the mountains, we have the very northeast corner of the city called Providence Hollow and the second phase is coming up for approval.

Drew says the annexation petition has drawn some controversy for the area located at approximately 500 North Spring Creek Parkway. Developers originally proposed the development to River Heights but got push back from residents and city officials. They have since approached Providence City about annexation.

“It is being studied now by city staff,” says Drew.

Drew says the city is also looking at ways to handle growth, particularly as people go through various stages of their life. He calls it Life Cycle Zoning.

“It’s interesting. The concept is, in one neighborhood you could live your entire adult life,” explains Drew. “You could buy a starter home, which could be a town house. As your family grows you move into a traditional, single-family home.

“As your family moves on and you get older there is senior living. All of this is in the same development. As you progress as an adult even your kids and grandkids could live in the same neighborhood.”

Drew says there are three areas within Providence City that officials have identified that could fit this zoning standard, with one such neighborhood already established. To fit the criteria, a neighborhood would need a mix of high-density housing, single-family homes, and senior living. He says these areas would have more green space and walking paths, as well. The city will discuss the zoning concept at its <a href=”https://media.rainpos.com/458/nop_and_info_ca_10_4_6_life_cycle_residential_02_15_2018_314.pdf” target=”_blank”>Planning Commission meeting on February 15</a>. 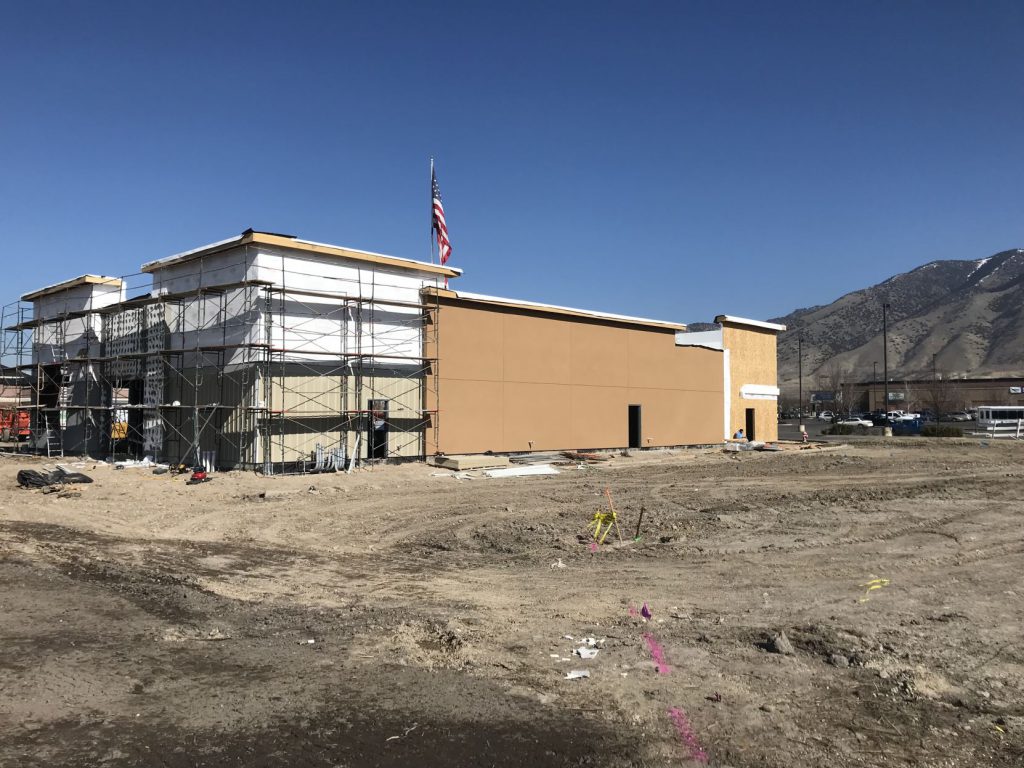 A new Panda Express fast-service restaurant is coming to Providence in the Alder Square development. The restaurant will be located just to the south of this building currently under construction in front of Macey's, on Highway 165.