March 1st marked the beginning of the fundraising season at Paul Mitchell the School in Logan. The cosmetology school is participating in several different fundraising events over the next couple of months for local and national charities. Additionally, the school is welcoming the Dean and Co-founder of Paul Mitchell Schools, Winn Claybaugh, to the Logan campus Friday morning.

Devri Ficklin is the director of the Logan school, and she says nationwide the cosmetology school has helped raise over $18 million for charities over the past 14 years.

“We actually have chosen a local charity, which is Little Lambs of Utah,” Ficklin explains. “We chose them last year; doing them again this year. It’s our fourth year of doing it.

“Each year we have a local charity. They don’t have to do anything, we just give them a check at the end of fundraising.”

Ficklin says the school, located at 255 S. Main Suite 200 (just to the north of Beehive Grill) will also help <a href=”https://www.littlelambsofutah.com” target=”_blank”>Little Lambs</a> assemble comfort packs for children transitioning into foster care, emergency shelter or who have been hospitalized. Ficklin says the fundraising happens in small amounts over the course of several months, but it all adds up.

Several events will be planned at the school through May 19th, including a  Princess and Pirate event for children, a Rock, Paper, Scissors concert, bake sales, a hair cutting class for licensed hairdressers and more. Half of the funds raised will go to national charities, while the other half stays locally.

To kick off the “official” fundraising season on Thursday, March 1st, Ficklin says the students, staff and clients did a ‘dash for cash.’

In addition to kicking off the fundraising season, the school is hosting Claybaugh Friday morning between 9:30-11:30 a.m. Claybaugh is not only the co-founder of the national cosmetology school, but also a philanthropist and author.

“We have invited all the local salons, we’ve talked about it at all the local high schools,” says Ficklin. “He’s just somebody who has talked nationally for over 30 years.

“His book is titled <em>Be Nice (Or Else!)</em>. It really is about getting ahead in life by being nice, you don’t have to be mean. The forward in his book is actually written by Larry King. He’s been a national speaker for many, many years.”

Claybaugh has won many national awards for his motivational speaking and for how he has influenced cosmetology education. His seminar is free and open to the public. For more information about the seminar, call (435) 752-3599 extension 1324. 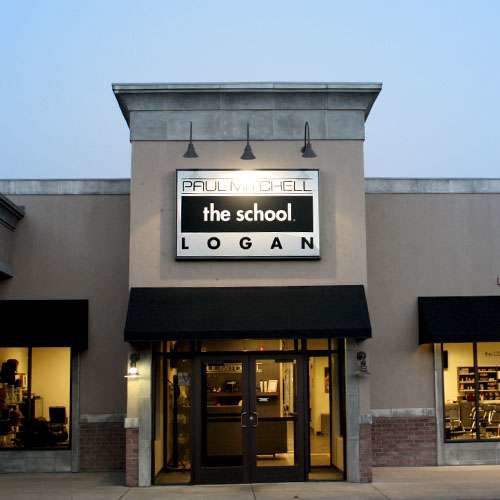