Merrill is the leading scorer for the Aggies this season, turning in 16.1 points per game and shooting 50.4 percent (173-of-343) from the floor, 46.6 percent (88-of-189) from behind the 3-point line and 84.4 percent (65-of-77) at the free throw line. Merrill’s 88 3-point baskets this season ranks fifth in a single season in Utah State history, and his 3-point field goal percentage ranks eighth in a single season. Merrill has led the Aggies in scoring in 13 games this season, including a career-high 33-point performance at New Mexico on Feb. 14.

McEwen earned all-conference accolades for the second consecutive season, having been named honorable mention last season, in addition to picking up Mountain West Freshman of the Year honors. McEwen finished second on the team this season with 15.3 points per game and leads the Aggies on the glass with 5.2 rebounds per game. McEwen is the first guard to lead Utah State in rebounds since the 2006-07 season, when Jaycee Carroll logged 6.3 rebounds per game.

McEwen leads Utah State this season with 10 20-point outings this season and a pair of 30-point performances, including 31 against New Mexico on Jan. 31, and 32 against Nevada on Feb. 17. McEwen proved to be a stat stuffer in a pair of games with team bests in points, rebounds, assists and steals against New Mexico on Jan. 31, and at Air Force on Feb. 24. McEwen’s line of 31 points, 13 rebounds, six assists and three steals against the Lobos on Jan. 31 was the best for a player in the NCAA since Ben Simmons surpassed each total during the 2015 season.

Merrill and McEwen return to the court with the Aggies on Wednesday, March 7, when Utah State opens its run in the Mountain West Championship, facing Colorado State at 2:30 p.m. (MT), at the Thomas and Mack Center in Las Vegas, Nev. 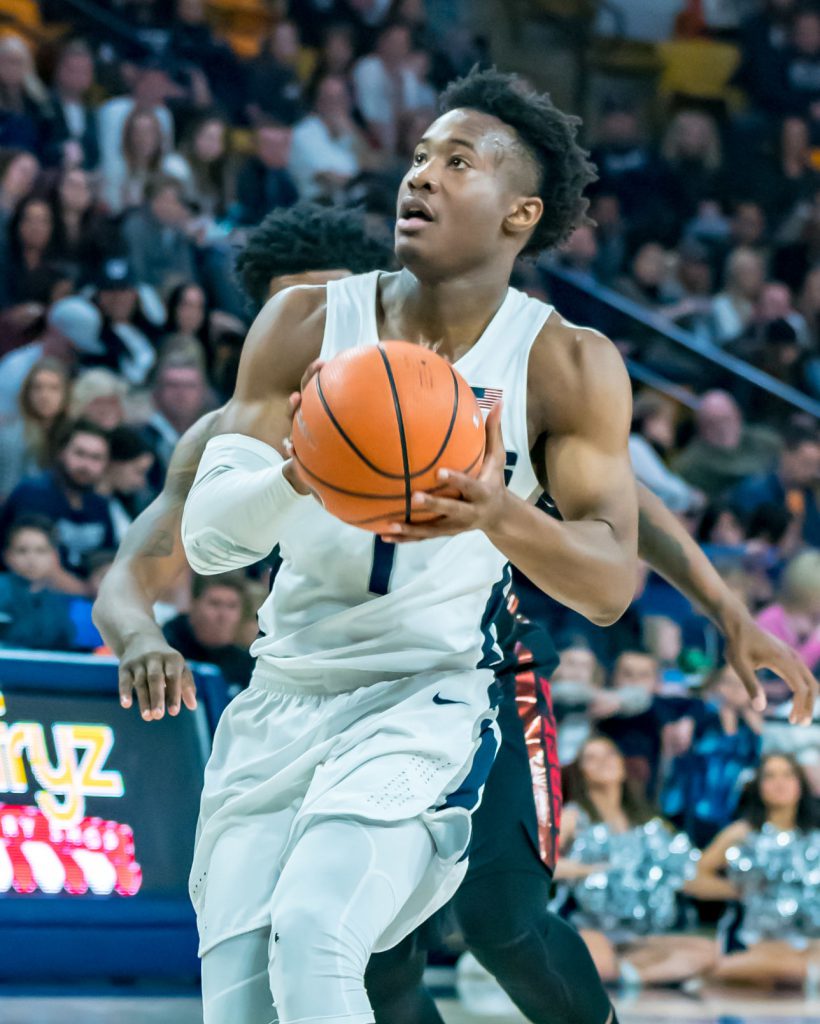