NEW ORLEANS (AP) — Ricky Rubio isn’t fretting over the fact that the Utah Jazz remain narrowly outside the Western Conference playoff picture despite winning 18 of 20 games.

“Of course, we pay attention” to the standings, Rubio began. “But we don’t have to worry about it. We know that our game took another level and we just believe that we can make it, just being us.”

Rubio had 30 points, 10 rebounds and seven assists, and Utah overcame Anthony Davis’ first career triple-double for a 116-99 victory over the New Orleans Pelicans on Sunday that extended the Jazz’s winning streak to six.

Donovan Mitchell scored 27 points, including 15 during the last 3:08 of the third quarter to put Utah in front for good in what could be an important victory in a tightly packed race for one of the Western Conference’s final five playoff spots. Rudy Gobert added 19 points and 16 rebounds, and Joe Ingles scored 20 for Utah, which has won 11 straight on the road.

Davis had 25 points, 11 rebounds and a career-high 10 blocks in his return from a sprained left ankle that sidelined him for one game, but he had to spend the rest of his 25th birthday ruing New Orleans’ second straight loss. Davis also was critical of his 9-of-22 shooting and the fact he didn’t force Utah to foul him much, earning just six free throws.

“We lost, so I don’t really care about no career-high or anything like that,” Davis said. “I’ve just got to play better. I shot terrible from the field. We missed a lot of easy layups — a ton of them. I didn’t get to the line as much as I normally do.

“I’ve got to do a better job moving without the basketball, getting my teammates open. There is a lot I could have done better,” Davis added.

Jrue Holiday had 18 points and 10 assists for the Pelicans, but missed 12 of 19 shots and turned the ball over four times.

New Orleans still had hope after E’Twaun Moore’s transition layup as he was fouled pulled the Pelicans to 104-97 with 3:10 left, but New Orleans managed only two more points as Utah pulled away.

Mitchell had only two points before his 15-point outburst at the end of the third helped the Jazz turn a five-point deficit into a four-point lead. Although Holiday had made it tough for Mitchell to get off good shots for much of the first three quarters, Mitchell said he figured he had to be more aggressive about scoring with his team trailing in the second half.

“Your mindset starts changing a little bit — and we all understood as a team how much this game meant,” Mitchell said.

Mitchell’s highlights during that surge included a stumbling reverse layup past Davis as he was fouled by Holiday, which he converted for a three-point play. He also hit two 3s, the last making it 78-74 with 2 seconds left in the period.

“It tells you a lot about him. A rookie could say this wasn’t his night and just give up,” Rubio said. “Actually, he won the game for us in that stretch.” 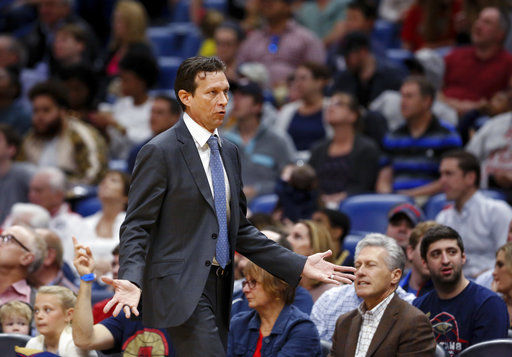 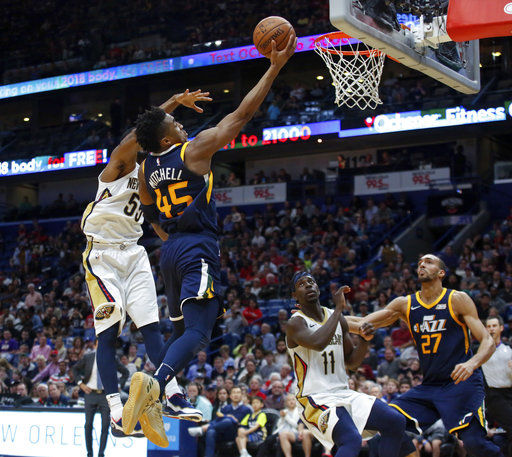 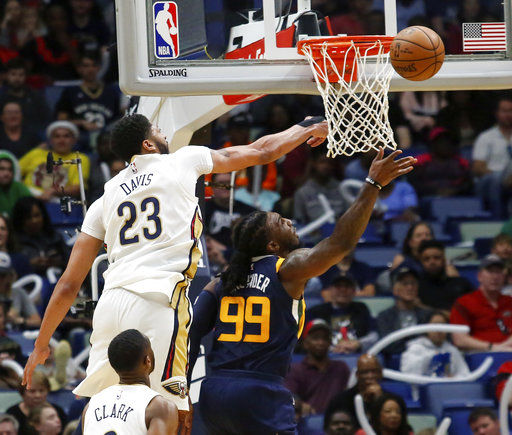