LOGAN — Police are investigating an accident that sent one man to the hospital, after a car crashed into the fence that wraps around the Cache County Jail. The single vehicle crash occurred Friday morning on the south-side of the complex.

According to a press release from the Cache County Sheriff’s Office, Kenneth Romine was driving into the jail parking lot when he suffered a medical event. The 49-year-old Logan man drove through the security fence, crashing his car into the jail wall.

Logan City Police Lt. Brad Franke said a deputy near the crash was able to run over and check on Romine.

“The driver had stepped out of the vehicle and was laying on the ground,” said Franke. “He was complaining of a medical problem and felt like he was passing out.”

Paramedics were called to the crash. They transported Romine to the hospital for further evaluation. He was in stable condition.

Logan City Police officers were called to investigate the crash since it occurred on jail property. They do not believe Romine was impaired.

Franke said the crash caused significant damage. “We’re estimating $6,000 to $8,000 in damage done to the fencing itself, and few thousand-dollars damage to the car as well.”

Deputies report there was no damage to the jail. Inmates on the other side of the wall were still fast asleep after the accident.

Sheriff Chad Jensen said, “The safety and security of our staff and inmates are a top priority. The design of the fence and the building served their purpose that not even the inmates on the other side of the wall woke up.”

Cement barricades and a temporary fence were installed until the fence can be repaired. There are no security concerns caused by this accident. 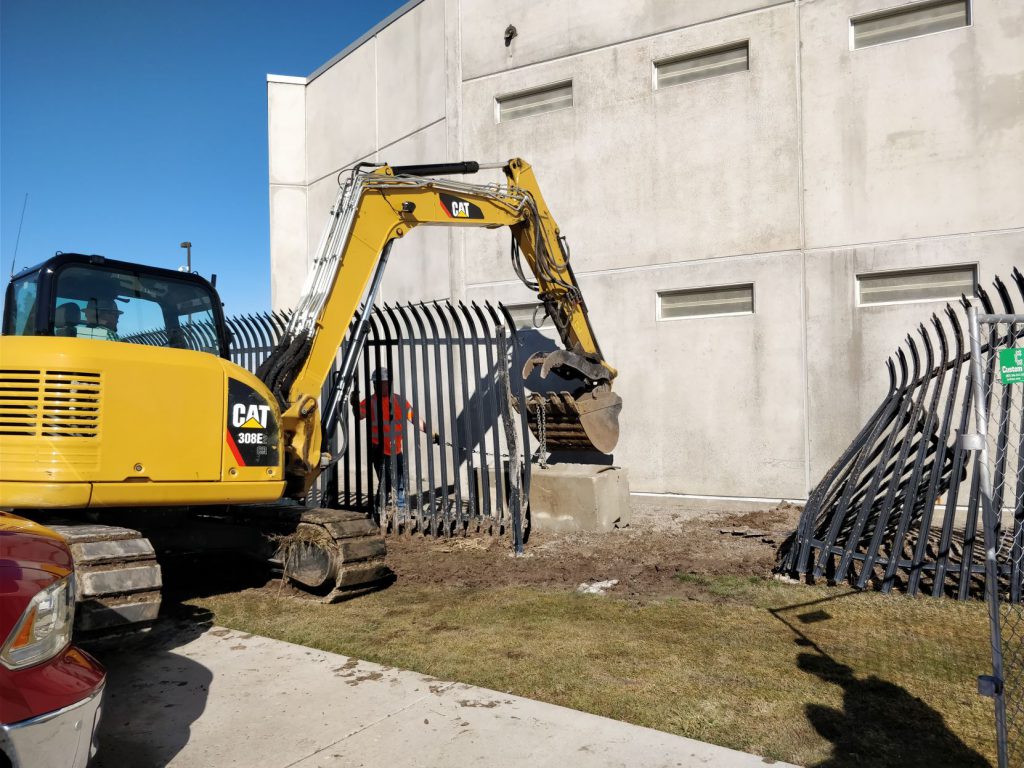